Want to get into advertising? Apply for our next portfolio review

On Thursday 27th October we’ll be hosting our next portfolio review, all about getting into the advertising industry. If you’re a UK-based creative within the first year of your career, this is a great opportunity to meet experts and get feedback from them.

Applying for roles in advertising or considering it? Our next portfolio review is for you!

From creative directors to copywriters, our reviewers have a wide scope of knowledge about the industry. They’ll look over your portfolios, offer expert feedback and help you in your journey into advertising.

The session will take place over Zoom on Thursday 27th October, from 5pm to 8pm BST. There are only a limited number of places available, so make sure you sign up to register your interest.

Please also note that the session is open to those looking to work in advertising, with no more than one year of experience. You will be required to have something to show (e.g. one to two projects or pieces of work that capture what you do) – but don’t worry if this isn’t a polished portfolio.

Michael Sharpe, creative director, ManvsMachine
Michael has worked within film and motion design for over 20 years with some of the world’s most prestigious brands. An experienced director for both live action and animation, his passion lies in combining traditional cinematic storytelling with cutting-edge motion design and visual effects.

Vic Lovejoy, executive producer, Electric Theatre Collective
Vic’s career spans notable roles and projects across both film and advertising, including producing the title sequence for James Bond: No Time To Die. With valuable experience in production and VFX from her time at The Mill, Framestore, MPC, BlinkInk and most recently Electric Theatre Collective, Vic is no stranger to the industry.

Louis Jopling, senior creative, Anomaly
As a multidisciplinary senior creative at Anomaly and part of creative duo tob and jop, Louis has had an extensive advertising career so far, having worked on award-winning campaigns from drinks brand Kopparberg to Gambleaware. He has a breadth of knowledge of what the industry can offer for emerging talent.

See more from tob and jop here and read more about Anomaly here.

Robin Temple, head of creative, Otherway
Robin oversees all things advertising at the renowned design studio. Over the last 17 years, he’s worked at some of London’s best creative agencies including Pablo London, 4Creative and Karmarama, providing him a holistic insight into the world of advertising.

Jason Drew, creative director, weareseventeen
With a background in graphic design and a strong conceptual eye, Jason cut his teeth in motion design at Future Deluxe before freelancing at studios like Manvsmachine for several years. He subsequently joined weareseventeen full-time, rising to creative director, and has worked with clients such as MTV, Nike, Disney, Viasat and Hunter.

Julianna Roppo, creative director, Reed Words
Julianna has been a director and writer at agencies such as R/GA and Ogilvy & Mather, and an in-house creative with companies from big tech to CPG. She’s also an accomplished speaker and writer with engagements at her alma mater, Penn State, and has also attended the esteemed New England Young Writers’ Conference at Bread Loaf.

Mathias Nielsen, head of motion, Art&Graft
An animator and designer based in London, Mathias has worked on projects for Apple, Facebook, Google, Android, Twitter and Canon. Starting out as an intern at Danish creative agency Uncle Grey eight years ago, Mathias is now Head of Motion at Art&Graft, overseeing a creative team crafting unique visual campaigns for some of the world’s most progressive brands.

Josie Finlay and Charles Olafare, creatives, Creature
Having won The Talent Business’ 2019 Cream Awards after attending the School of Communication Arts 2.0, the creative duo landed roles at AMV BBDO where they worked on creative projects for the likes of Maltesers and Guinness, and subsequently moved to Creature, where they’ve flexed their creativity on briefs for Dunelm.

See more from Josie and Charles here and read more about Creature here.

Please note that you will be required to submit an example of your work in your application. Register your interest by 11:59pm on 17th October via the link below.

Invoices, contracts and following up: How to get paid on time as a freelancer
In the Studio With 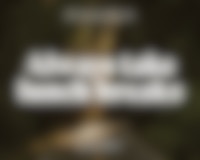 25½ ways to get things done, by KesselsKramer
Advice