Want to get into graphic design? Apply for our next portfolio review

On Thursday 26th January we’ll be hosting our next portfolio review, all about getting into graphic design. If you’re a UK-based creative within the first year of your career, this is a great opportunity to meet experts and get feedback from them.

Applying for roles in graphic design or considering it? Our next portfolio review is for you!

From junior graphic designers all the way to lead creatives, our reviewers have a wide scope of knowledge about the industry. They’ll look over your portfolios, offer expert feedback and help you in your journey into the world of graphic design.

The session will take place over Zoom on Thursday 26th January, from 5pm to 8pm GMT. There are only a limited number of places available, so make sure you sign up to register your interest.

Please also note that the session is open to those looking to work in graphic design, with no more than one year of experience. You will be required to have something to show (e.g. one to two projects or pieces of work that capture what you do) – but don’t worry if this isn’t a polished portfolio.

REGISTER YOUR INTEREST BY 23:59 ON 16TH JANUARY

Shahina Ahmed, senior designer, Revolt
Shahina is a multidisciplinary designer working across branding, publication design, interactive design and art direction. Having spent the last seven years at various international agencies, Shahina subsequently moved to London where she is now a senior designer at Revolt. She is also co-founder of the design collective, Actual Friends.

Becky Akers, creative director, Warp Snacks
Becky joined Warp Snack’s Propercorn when it was a startup of just six people and has been building the brand from the ground up for the past nine years. She leads an award-winning in-house creative team at Warp Snacks in creating everything from packaging and ad campaigns to digital content.

Myles Palmer, founder and creative director, Companion
Myles specialises in design for brands and digital products, having earned a degree in graphic and media design from the London College of Communication. Before founding Companion, his experience revolved around creating engaging digital experiences in the arts, fashion, cultural and luxury sectors.

Megan Williams, film and motion lead creative, The Mix
Having gained a degree in graphic design communication from University of the Arts London, Megan now specialises in film and motion in her role as lead creative at The Mix. Previously, she was a freelancer, including a stint as a digital designer for the London East Asian Film Festival.

Jocel Macaraeg, graphic design lead creative, The Mix
After graduating from Leeds Arts University with a degree in graphic design, Jocel joined The Mix, where she has remained ever since. She specialises in using design and creative thinking to influence research and information sharing across commercial businesses.

Read more about The Mix here.

Cynthia Porta, junior graphic designer, Bond & Coyne
A 2021 graduate of Bournemouth University, Cynthia took on multiple internships during her course – two of which were at Bond & Coyne, where she has been working as a full-time junior designer since graduating.

Tom Cornwell, junior graphic designer, Bond & Coyne
Tom graduated with a BA in graphic design from Arts University Bournemouth in 2020. Subsequently, he embarked on internships with creative studio Bow & Arrow, Lush and Bond & Coyne, the latter where he has been a full-time junior designer for over a year.

David Gibson, senior designer, ShopTalk/Dept®
David is a senior designer at ShopTalk/Dept®, specialising in branding. He’s worked in various areas with it – from strategy all the way to logos and digital experience design. Recently, he worked on a website for Innocent’s re-wilding campaign and redesigned Waitrose’s Cooks’ Ingredients range.

Dean Harding, design director, StormBrands
Dean is a multidisciplinary creative with over 14 years of branding and communication experience, working across a variety of sectors including retail and hospitality. His role at StormBrands involves designing, leading and overseeing the output of members of the creative team.

Geoff Parsons, head of creative, Electric Theatre Collective
Geoff begun his career in broadcast design, and his DIY mindset has infected everything he’s touched as a director and creative lead. This includes everything from heading up Channel 5’s branding team and co-running animation studio Future Power Station, to his current full-time role as head of creative at Electric Theatre Collective.

Jessica Lampit, digital content assistant, G . F Smith
Jessica holds a Textiles degree from the Manchester School of Art. After graduation, she interned at Netherlands-based creative agency Envisions. She worked her way up to a studio manager position there before returning to the UK to take up her current role at G . F Smith last year.

Lillie Prior, designer, Sunhouse Creative
Lillie has been working at Sunhouse Creative for the last eight months, during which time she’s been immersed in a huge array of branding projects with a variety of exciting clients including Dove, Lynx and Boston Tea Party.

Mary Leonard, founder and creative director, MRLD
With a background in visual communication, Mary has worked across branding, art direction, product, events, installations and digital experience for a number of leading brands and agencies, including Google Creative Lab, Depop and The New York Times. She set up her own design and creative studio, MRLD, in 2021.

Dan Sayer, senior design lead, IDEO
Dan worked as an art director at advertising agency Oglivy for a few years before embarking on a year of travel. Subsequently, he made his way to IDEO as a communications designer. Nowadays, Dan leads teams of multidisciplinary designers to design everything from business and communication strategies to digital products.

Becky Watson, communication design lead, IDEO
Becky is an experienced creative director with a knack for understanding and bringing complex stories to life. Having worked for the likes of BBC and publisher Thames and Hudson, her expertise is situated across many creative outputs including experiential, 2D and 3D animation and soundscape design.

Dylan Young, designer, Koto
After graduating from Falmouth University in 2019, Dylan worked for All Purpose Studio before moving to Koto. Alongside his full-time work, Dylan also runs ICBQ Magazine, which is dedicated to uncovering forgotten creative work from across the globe. As a neurodivergent designer, Dylan is a keen believer in neurodiversity’s asset within creative teams.

Lily Green, designer, Koto
Lily is a graduate of University of the Arts London, specialising in graphic design communication. Having begun her career as a design intern at both Accept & Proceed and Koto, she has since worked her way up to a full-time position at the latter, where she has been for the last two years.

Please note that you will be required to submit an example of your work in your application. Register your interest by 23:59 on 16th January via the link below.

REGISTER YOUR INTEREST BY 23:59 ON 16TH JANUARY 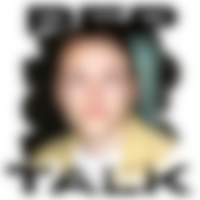 Three ideas for making extra income from your creative skills

Written by Conor Nolan
In the Studio With

Meet the team designing for the entire UK population, at Government Digital Service
Creative Lives
“Working with people is everything” – art director and senior designer at Halo, Andy German
COOKIES