Having grown tired of “surface level branding” and seeking an escape from their toxic workplaces, sisters Heidi and Halah El-Kholy created Salt + Sister studio, a no-nonsense yet fun practice driven by their desire to work with values-based companies and collectives. With backgrounds in graphic design and English literature, Heidi’s way with words and Halah’s design and software skills have combined to create forward-thinking branding strategies. With the belief that “women aren’t taught to talk about themselves in a candid way”, Heidi and Halah talk to us about imposter syndrome, their projects and what it’s like to work with family. 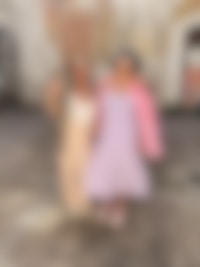 How would you describe what you do at Salt + Sister?
We are a creative studio run by two salty sisters, sick of stale working environments and tired, surface-level branding. We do a lot of things under the ‘branding’ umbrella, but two in particular that we love the most are chatting and drawing.

We work openly, honestly and collaboratively with our clients. This includes a lot of back and forth in the ‘getting to know you’ research phase. With our intensive tone-of-voice development, we’re able to really get into their brand story and translate it into something that’s beautiful, powerful and marketable.

What are the main inspirations behind your work?
It all happened over lockdown and it all happened so fast. Our inspiration was more the desperation to escape our toxic workplaces and become self-sufficient, so it was really a case of committing and not turning back.

We’re very open about not working with arseholes and if [the brief] is anything unethical, appropriative or just kind of gross, we don’t do it.

“﻿﻿We’re very open about not working with arseholes and if [the brief] is anything unethical, appropriative or just gross, we don’t do it.”

Can you tell us about some of your favourite projects to date?
We love branding for food, art, or anything we like the ethos of. We’re currently working on a brief for Soul Kitchen NQ, a community space that serves plant-based Caribbean cuisine. It also runs social community initiatives, with a focus on the mental health of BIPOC.

One of our favourite past projects was A.MAL, for whom we did branding after hearing about their values that were centred around ecology, migration and postcolonial global issues. Similarly, FlorestaMag (now FAYD) was a great project to work on, where we tweaked their logo and saw it tie in and refresh their brand nicely for their first birthday. 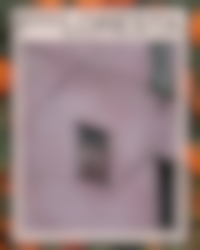 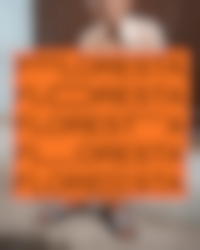 What’s the weirdest thing in your studio right now?
The weirdest thing is usually a cat called Nancy. But over the last few months we’ve had loads of crepe paper, craft stuff and a giant disco ball piñata. We don’t have a set office space, mostly working from Halah’s living room as we started Salt + Sister over lockdown, so our ‘desk’ can be pretty much anywhere.

When Heidi is dog-sitting, we’re typically based in her kitchen. To be honest, we’re never too far from a kitchen or fridge.

If you could sum up your job in an emoji, what would it be?

How we got here

What was your journey like when you were first starting out? Did you find your feet quickly?
Working with your family could go either way. We’d been talking about doing something together for a while but we didn’t really know what that looked like, and it was more of a pipe dream while we were both in demanding full-time jobs (Halah working in-house for an FMCG [fast-moving consumer goods] company and Heidi working in events).

When Covid and lockdown happened, it was shit for obvious reasons, but we were lucky enough to have the opportunity to trial working together on a couple of creative pieces, branding our friend’s company and starting some passion projects. Putting our first one of these projects, Little Lies Vintage, out into the world was also a great way to show what we’re interested in and where our skills lie. This has helped us get featured [online] and picked up for work. 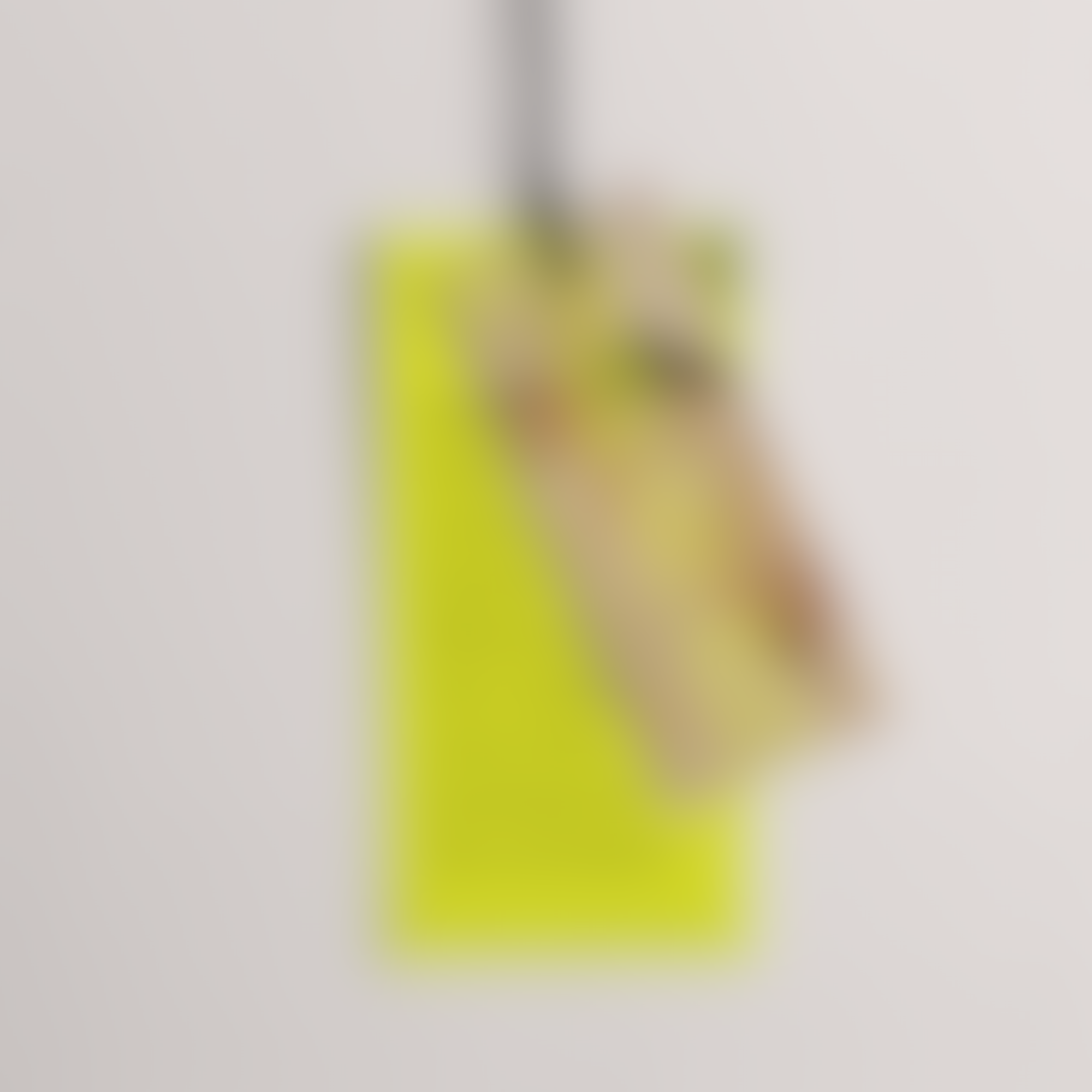 If you could pick three things that you’ve found useful or inspiring to your work or career, what would they be and why?
So many! We love things that stimulate and encourage us to work and put stuff out there. This helped us especially at a time when we were starting out and wanted to fill time before actual paid work began. Halah regularly participates in 36daysoftype, which has led to coverage of our studio online.

We like to support independent initiatives and are so proud to be part of a supportive community of creatives, which is why we’re founders at The Creative Occupation and big fans of Fuse Manchester.

Salt + Sister’s work on new branding for the Turnpike Gallery

What would you say has been your biggest challenge along the way?
There’s the obvious imposter syndrome. As women at the intersection of gender and race, this is double-hitting. That, and time management. It can be easy to let your working day bleed into your free time, and until we get some semblance of a permanent studio, this is something we’re always going to have to work on.

How important would you say social media and self-promotion are to your work?
Very, very important. As women, we’re not set up to talk about ourselves in a candid way without the shame of being ‘too much’ or ‘overconfident’, which we really want to change.

We’re lucky enough to have been featured by some really interesting creative communities on social media, and that’s led to our online following growing and receiving enquiries. It’s super important in helping us get work and also to keep an eye on what’s out there at the moment.

“As women we’re not set up to talk about ourselves in a candid way without the shame of being called ‘too much’ or ‘overconfident’.”

What have been your greatest learnings with making money and supporting yourself as a creative?
Our hands were kind of forced with this one. Halah ended up leaving a very toxic workplace and Heidi was made redundant during lockdown, so we had to make it work. While we were setting up Salt + Sister, Halah had some private illustration work and Heidi took up ad hoc events jobs as well as pursuing food writing.

We were on Universal Credit and got help with PeoplePlus [an employability and skills provider] when we initially started, which was pretty rough. The whole ‘feast or famine’ thing is so true, and not having a steady, guaranteed income means you have to be super-organised with money (which does not come naturally to us). The autonomy you get with both projects, as well as the time, makes it worth the stress though.

A post shared by Salt And Sister Studio (@salt.sister.studio)

What’s the best career-related advice you’ve ever received?
If it doesn’t feel right, don’t do it! We’ve both had to compromise a lot of our values and have overlooked some gross behaviour (think casual racism, sexism, general smarmy office situations). No job is worth sacrificing your mental health – especially if you’re in an office environment where you’re overworked and underpaid – no one is going to die if you don’t answer emails at 9pm.

What advice would you give someone looking to get into a similar career?
Do what you love and do it over and over again. Besides the general software training, we think passion projects have been what helped us refine our style and attract some really cool clients.

Put out the kind of work you want to be doing, even if you haven’t got much yet. When it comes to portfolios, case studies are better than just images with no context, as you get to showcase your personality and thought process. This is just as important for potential clients to see as the final product.