Photographer Philipp Raheem’s route into industry is an unconventional, yet remarkable, one. A biomedical sciences graduate, Philipp initially took up photography while on a backpacking trip to Nigeria, before returning to the UK to study medicine. Shortly afterwards, however, an invitation to YEEZY’s first fashion show led him to take time off from his then-NHS job and head to New York. “Finessing” himself into Kanye West’s network and heeding his advice to do what makes him happy, Philipp decided to leave the science world behind to create full-time. Today, Philipp’s practice sees him fuse his Nigerian heritage with his British upbringing to work on projects for the likes of Hunger Magazine, i-D and more. Here, we speak to Philipp about maintaining integrity, learning via YouTube and working with Wizkid. 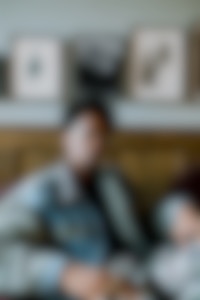 How would you describe what you do?
I am a London-based fashion and music photographer. At the moment I work with a lot of music artists, magazines and commercial clients. I prefer fashion a heck of a lot more because I can implement my own creative vision.

What are the main influences and inspirations behind your work?
My network, and the people I’ve worked with. I’m inspired by the likes of Nick Knight and Kanye West who both sat down with me and helped me understand the importance of having my own identity in the creative world. But more so, the creatives around me like Ib Kamara, Daniel Obasi, Ashley Verse, Christina Nwabugo – the list goes on.

What’s been your favourite project to work on, from the past year, and why?
Definitely one branch of [singer] Wizkid’s Made In Lagos project where we shot him in front of a 10-foot-high Nigerian flag. For me it’s iconic for the fact it happened right before the #ENDSARS protest began in Nigeria. We love our country, but more-so our people, so to shoot something that we both hold dear to us was something that I can’t compare to anything else I’ve shot. It’s legacy!

Would you say you need any specific training for what you do?
Nope. I learnt off YouTube and twisted what I learnt to fit what I considered to be beautiful. I literally started by taking my camera everywhere with me and shooting what was around me, editing to what I thought made a beautiful image.

If you could sum up your job in an image, what would it be and why?
[Below] Definitely this image for sure. My job constantly has me on edge! 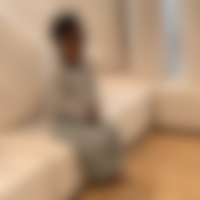 What was your journey like when you were first starting out? Did you find your feet quickly?
I went backpacking in Nigeria after I graduated from a biomedical sciences course at Brunel University. It was my first proper time going to Nigeria, so I got my parents to buy me a camera to capture the experience.

I ended up taking pictures of my travels and uploading them on Tumblr where some people who worked at VICE US saw them, and became fans of my work. When I got back to the UK I got accepted into Imperial for grad-entry medicine, but I continued to find my escape through photography.

“Kanye and Kim advised me to follow what makes me happy... So I made the decision to quit medicine, quit the NHS and do what I love – creating.”

While working at the NHS, I took some holiday time off and headed to New York to follow my friend, [supermodel] Leomie Anderson, during fashion week. She invited me to Kanye West’s YEEZY Season One fitting and I pulled up and met everybody. I “finessed” my way into their good books and basically shot the entire show.

Afterwards, I spoke to Kanye and Kim about what I do and they basically advised me to follow what makes me happy. At the time the stress from working at the NHS was really getting to me especially as they were making cuts. So I made the decision to quit medicine, quit the NHS and work full-time doing what I love – creating.

If you could pick three things that you’ve found useful or inspiring to your work or career, what would they be and why?
The Association of Photographers (AOP). They made me understand the value in knowing your worth as a creative.

The Instagram account Kanaiza Gallery. I love this page because it marries all of the creative diaspora’s work together in one place.

The Laws of Human Nature by Robert Greene. It taught me how to manage and understand human interactions. I am naturally socially awkward, but was able to learn how to be my true self. 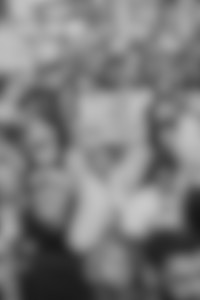 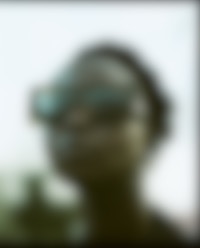 What would you say has been your biggest challenge along the way?
Maintaining my integrity within the creative industry. We all have bills to pay – a lot of us don’t really come from a prestigious background where our parents can fund us, so we would go less than our given rate just to keep the lights on.

Learning to put my foot down put me in a position where I ended up sleeping in a one-bedroom flat with seven people. However, as I kept my foot down, it weaved out the people who weren’t gonna pay me what I deserved and brought me the people who did. That was one of my biggest challenges: knowing there is light at the end of the road.

How important would you say social media and self-promotion are to your work?
Very important. To be honest, I hate it. I’m not really a fan of social media but I’ve most certainly got most of my jobs either through reference or my social media. We’re living in the age of information; we are constantly seeing new things being done by different people on such a large scale. So it won’t be surprising if a lot of our work gets lost in the pile.

I try and post as much as I can to stay on people’s radar. Whenever I post I always – seriously! – get brands, companies and music artists hitting me up to work alongside them.

How did you go about landing your first clients?
I would send emails, but then I wouldn’t get any responses or I’d get the common phrase, “We have no projects coming up right now we can put you into.” Seeing that became really demotivating most of the time.

However, I learned something from that experience. Everyone is probably sending emails and if you don’t have a direct referral from someone who is respected in the client’s eyes, then it’s less likely you’ll get what you’re looking for.

“It was important for me to separate myself from what every other creative was most likely doing.”

Instead, I’d call 10 different potential clients a day and get used to the word “no”. A wise woman once said: “There can be 100 people in a room and 99 of them don’t believe in you but all it takes is one and it just changes your whole life…” So I took that approach and went one step further: if you didn’t respond to my email after three days, I’ll call you. If you didn’t respond to my calls, I’d pull up to your office and ask to see you.

It was important for me to separate myself from what every other creative was most likely doing. Sometimes it worked, most times it didn’t – but for the ones where it didn’t work right away, I was on their radar and now we laugh about it when we work together.

What have been your greatest learnings with making money and supporting yourself as a creative?
Having another source of income. If you haven’t got parents or a family structure to support this dream, then find something within the field that will. Once I got that [second source of income], my integrity was solidified. I was able to shoot what I wanted to shoot, fund projects that I loved and have complete ownership of the stories I wanted to put out there.

What’s the best career-related advice you’ve ever received?
Create your own identity within the creative realm. Clients will book you because your style differs from everyone else.

What advice would you give someone looking to get into a similar role?
I’d say start out by getting a camera and capturing your experiences. It could be at a party, it could be exploring your environment, it could be taking pictures of your people – but try and find what direction you want go in. Build your portfolio and just go out there and put yourself on whoever’s radar you want to be in. If they don’t like you then that’s fine, cause they’ll like you when you’re popping.

We have partnered with award-winning agency, Studio PI to highlight some of their talented roster. A photography and illustration agency set up to promote equality and celebrate diversity, see more from Studio PI here.