“Be willing to learn, whether in a lecture hall or your bedroom”: Director Gabriel Moses

At the age of 22, Gabriel Moses recently became the youngest photographer to shoot a Dazed cover. As big as this accomplishment is, Gabriel’s path to this point has been nothing short of inspiring. At just 18, he was discovered via YouTube, and work for Nike and Adidas followed. The young director and photographer attributes his success to hours on YouTube – examining campaigns and building on his craft. For Gabriel, it’s always been about consistency and oozing confidence. We talk about the reality of entering the industry at such a young age, and what it takes to succeed. 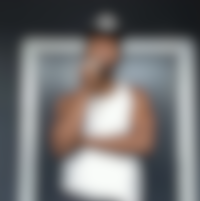 How would you describe what you do?
I’m a director and photographer, and I began my career in the deep end. My first job was on a campaign with Nike at 18. I started directing when I didn’t know how to direct. A lot of people gradually build up their portfolio in hopes that big moments like that come later in their journey. But for me, it was the opposite.

I think a lot of people from south London, especially young Black boys, have a lot of creativity, but they don’t know what to do with it. I always say if you’re watching a commercial on TV and you can picture an alternative way of doing it, then that’s how it feels to be a director. It’s about having creative control.

If you could pick one emoji what would it be?
🙏🏾 It signifies being grateful and humble.

What are the main influences and inspirations behind your work?
Definitely, Gordon Parks, who was a photographer. For me it was the way he captured the streets of New York – it was very natural. His images of Muhammad Ali were great, too – he was good at humanising his subjects. Whether it was someone as prominent as Muhammad Ali or just a stranger on the street, each one was special. I’ve always wanted to recreate his work for my community. His legacy will always reign on and that’s the impact I want to make with my work.

“If you’re watching a commercial on TV, and you can picture an alternative way of doing it – that’s how it feels to be a director.” 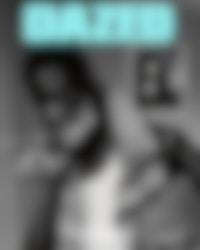 How did you land the job with Nike at only 18?
I’ve always been a cheeky kid, especially growing up. I’d lend that to being brought up in south London – we tend to think we’re good at everything. I was a child actor and because of my age, I was always chaperoned and not often allowed to leave set even after I’d finished my scene – so I was around that world quite a bit. When I was 18, I made a film with my friends and someone at Nike saw it and invited me to their office for a meeting.

I didn’t tell them I was 18 at the time – I just tried to speak confidently as if I were an adult and told them what I could do. We built a good relationship before they asked me to work with them on the project. I completely winged it and ended up creating something half-decent.

“At the time, I didn’t understand the magnitude of what I was doing and who I was working with.﻿”

After that, Adidas got in contact and said they had seen my Nike film and offered to collaborate with me. I began traveling around Europe – and again, they never asked me about my age. I was learning so much on the job – and I’d say my confidence helped me enter those spaces.

I knew I had to be well-researched so I watched a lot of commercials on YouTube and came up with ways that I would do things differently. At the time, as an 18-year-old, I didn’t understand the magnitude of what I was doing and who I was working with.

What would you say has been your favourite project to work on from the past year?
Probably the short film I did with American fashion designer, Matthew Williams [film below]. I did a film with Nike, and Matthew Williams saw it, and it went from there. He invited me to Paris to work with him on an upcoming project. I learned so much about fashion because of that opportunity.

You’re self-taught, tell us a little about that?
YouTube played a big part in the early stages – I also loved magazines so I got a lot of inspiration from still imagery. In terms of my references, I’m not a big film fan. I don’t have a library of films in my head that I can pull references from. I also have a short attention span so I tend to watch things only when I’m eating, as it helps me to concentrate. I look at a lot of imagery and turn them into a moving image. So yes, I learned my craft from photography and envisioning how it would look in other spheres.

Do you think you need specific training to do what you do?
No, definitely not. First of all, it’s about being willing to learn – no matter how you do it, whether it's in a lecture hall or in your bedroom. What I do is I make sure I spend hours researching and staying on top of things. I look for things I can champion, reference, and understand. It’s about figuring out why it looks nice and how that piece makes the audience feel. Then I go and replicate moments that make the audience feel good. Understanding your audience is a massive part of it. Being a consumer, too.

It’s important to ask for advice and to observe people, ask them why they like certain commercials or films – what makes them tick and why was that particular commercial so popular, like Nike’s Nothing Beats a Londoner. Once you understand all of that – you can begin to make work that will always succeed consistently. There’s no formal training needed, it’s just about having the passion to achieve. 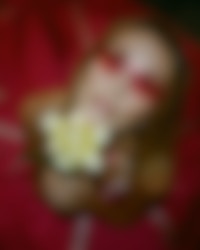 You emailed creatives you admired, often asking to shadow and learn from them. Tell us how that’s helped you?
Again it’s that confidence! I’m gonna shoot my shot because at the end of the day if you ask yourself whether you’d turn down a kid who simply wants to learn, would you have a problem with it? I was ignored a million times but you have to do it. Out of 100 people, at least five of these people will be willing to help you out.

Even now, I’m constantly getting in touch with photographers and directors that I admire to learn how they do certain things. I’m mentored by Jordan Hemingway who I look up to a lot, for example. Even if they don’t give you the maddest gems – just try to observe them, how they work, and how they talk to people. You can always learn so much from watching a person. 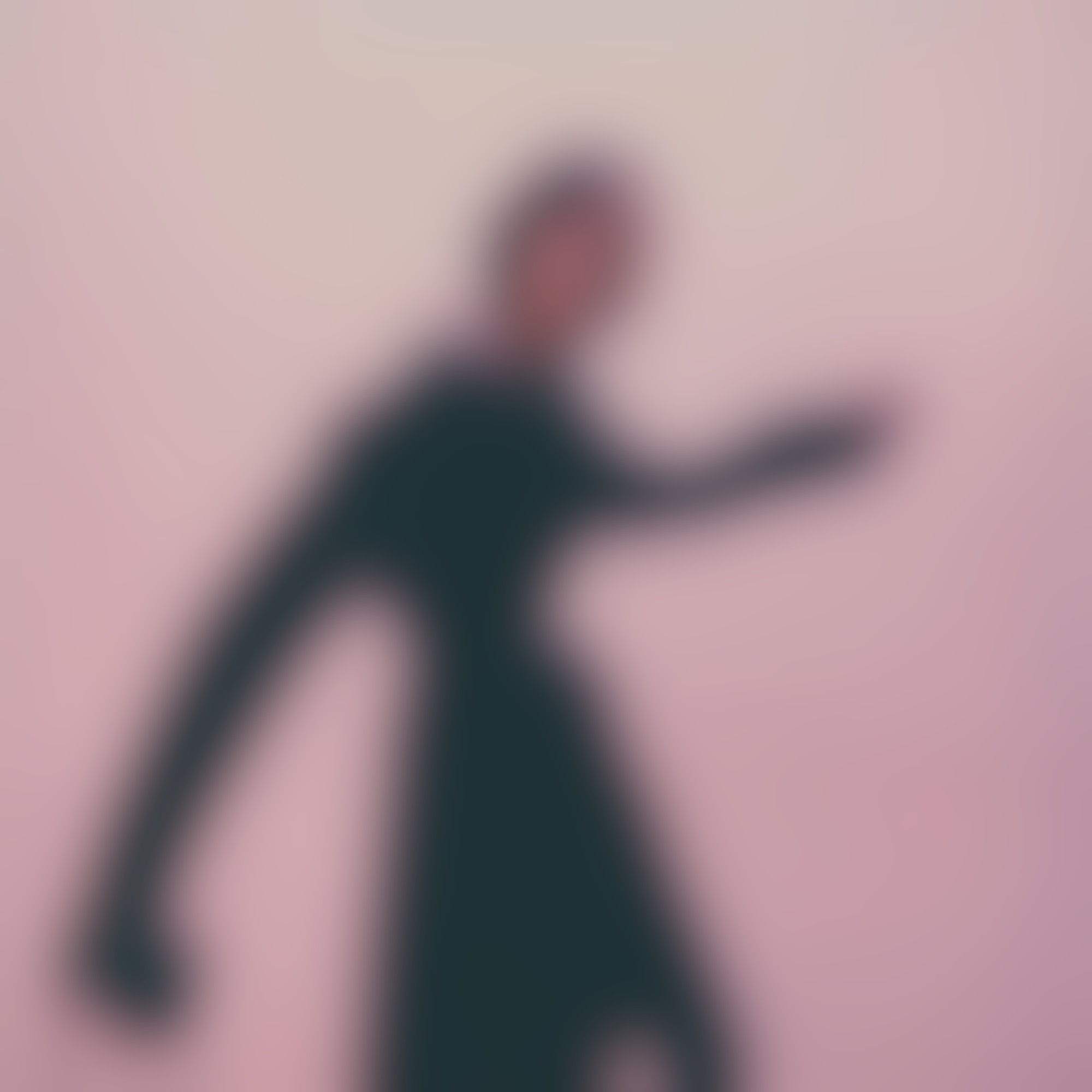 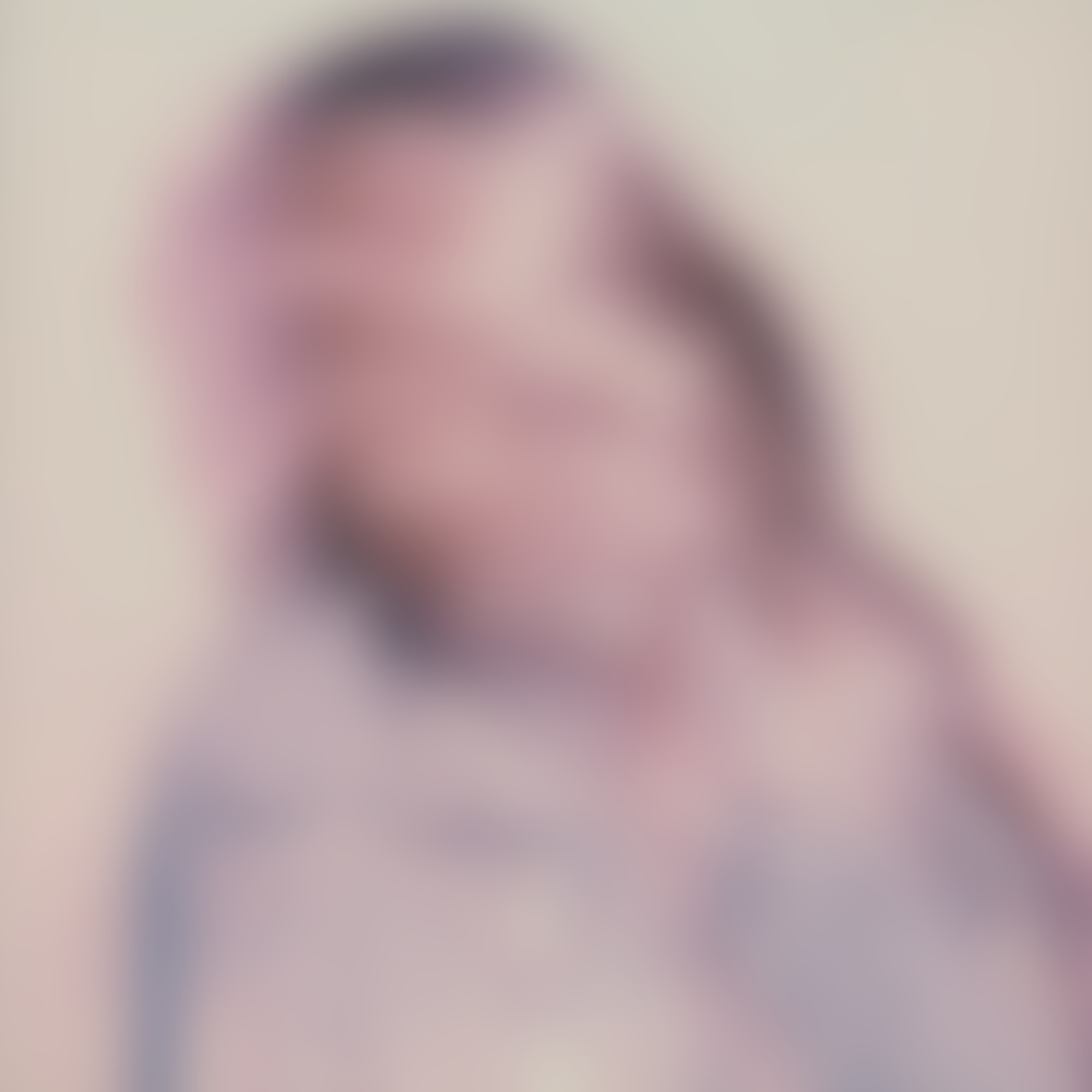 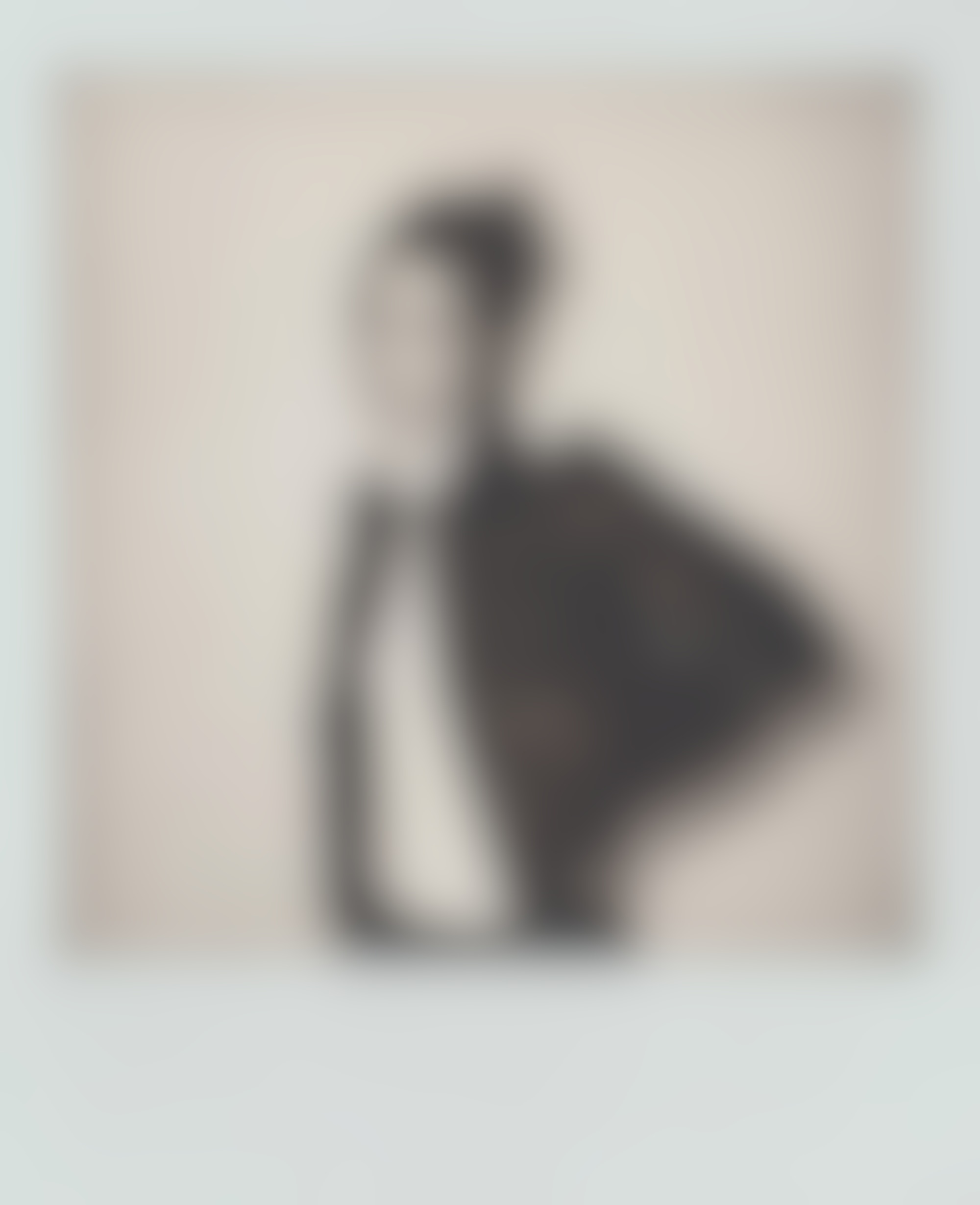 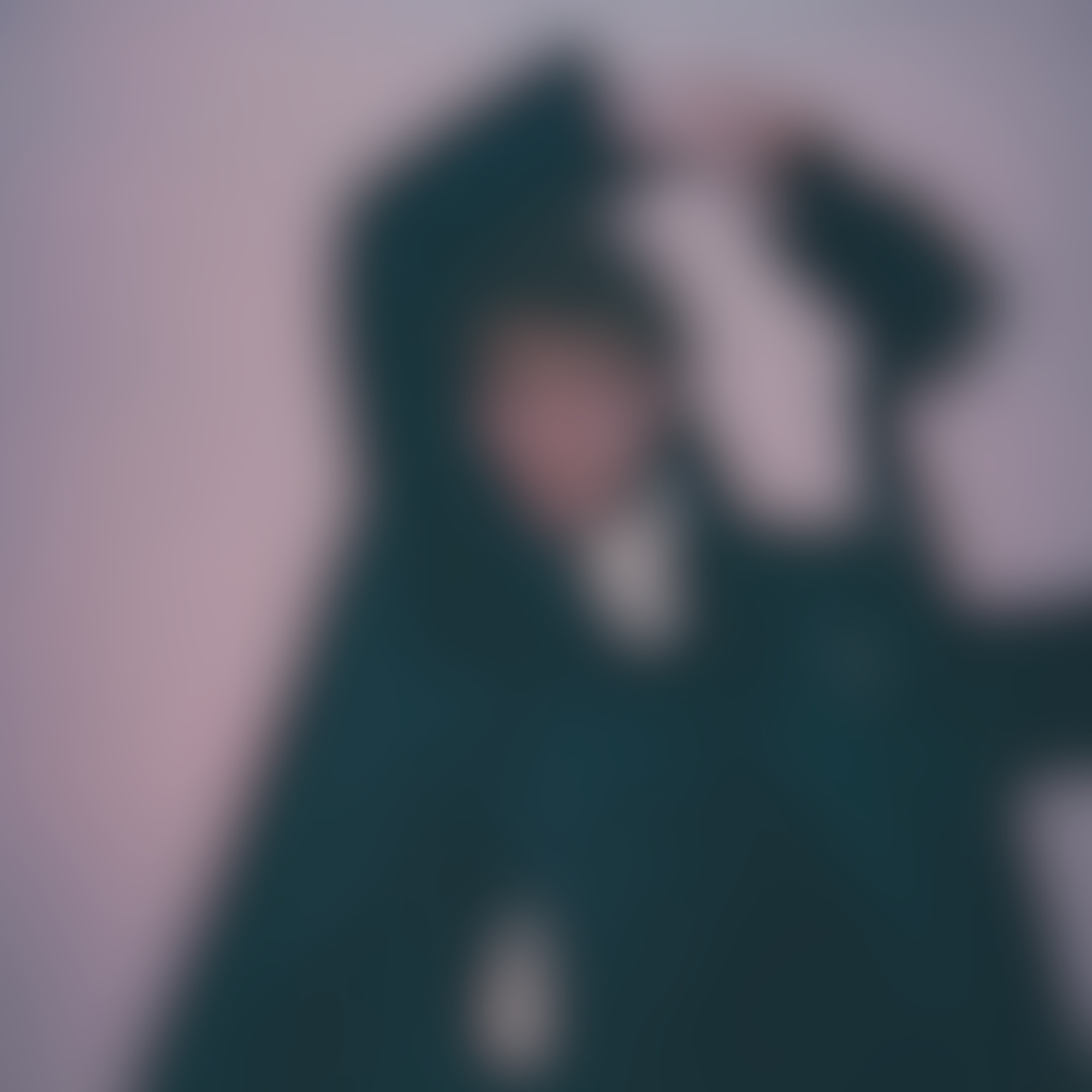 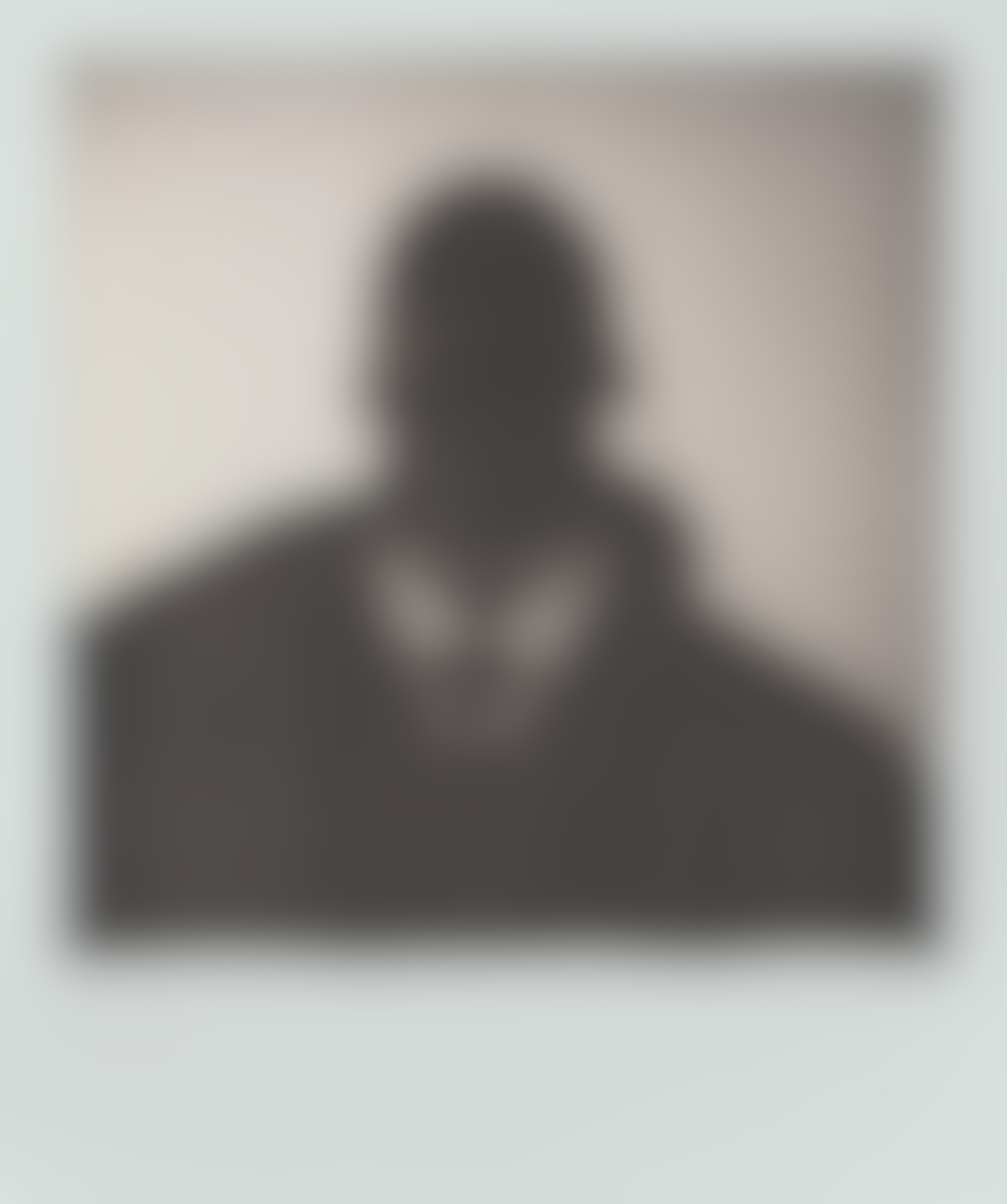 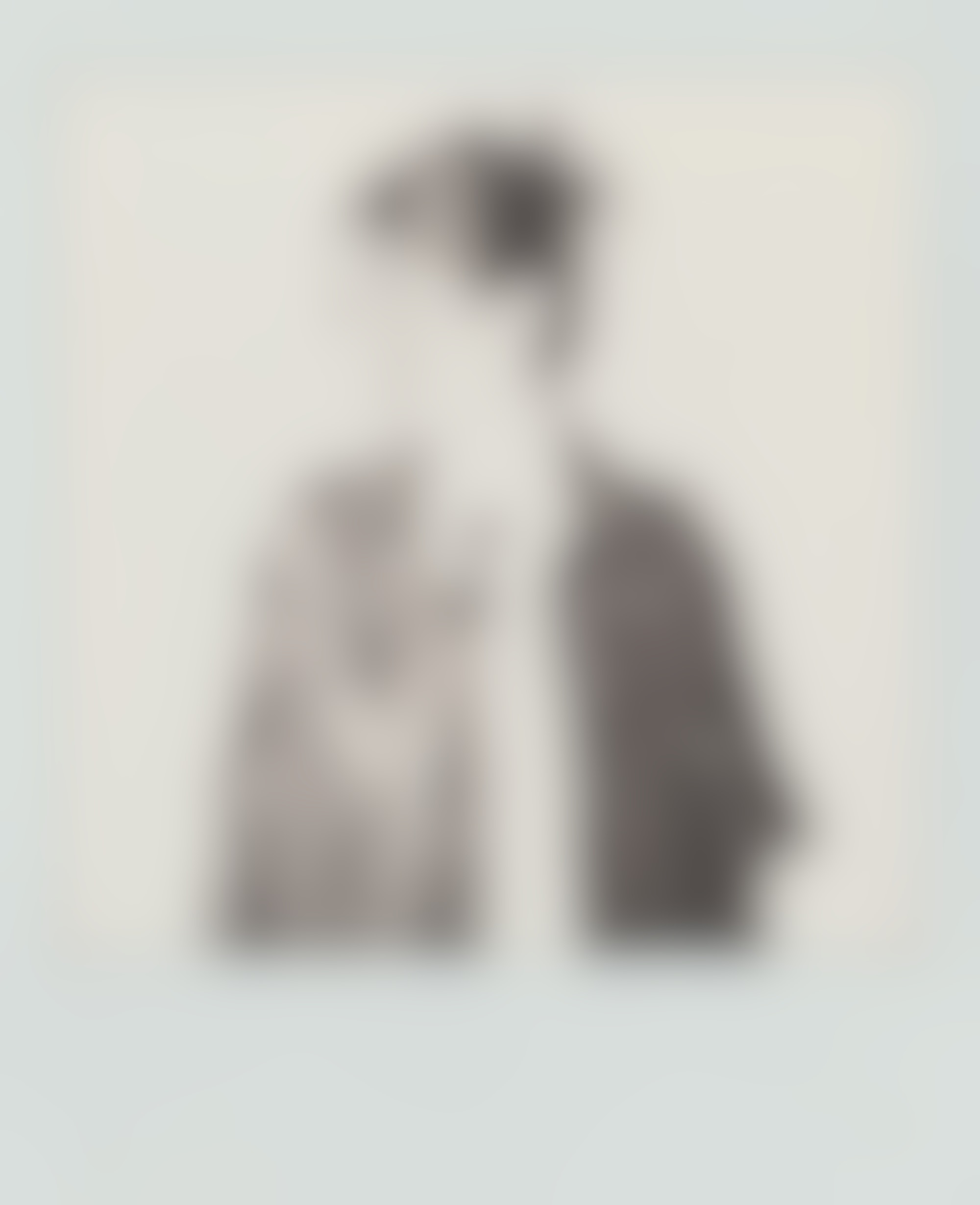 If you could pick three things that you found useful or inspiring to your work, what would they be?
I have a folder on my phone full of inspiration – I screenshot everything, even the most random things; a road sign or an advert. So I would say my camera roll is invaluable. Secondly, photography books and magazines and looking at past editions – seeing how things have changed, and seeing if you can work with that in some way. For example, studying choreographers from the 1980s. Lastly, tapping into my community can trigger a lot of inspiration. Grab a camera and take a picture of your grandma and see where that catapults you. I also take people’s numbers a lot – I don’t know when I’ll ever work with them but I like to have those contacts in case a project comes up that I think they would look great in.

What’s the biggest challenge you’ve stumbled across in your career?
Starting my career at 18 with the likes of Nike and Adidas was quite overwhelming for a young kid. And once you start on a high like that, you almost feel like you have to keep achieving things at that level. I was always wondering what the next project would be, I began to overthink a lot. Keeping it moving and staying consistent was a struggle. After Adidas I didn’t have work for six months so I used that time to learn and enjoy the moment.

What have been your greatest learnings with making money and supporting yourself as a creative?
Everyone needs to earn money but it’s important – when you’re able to do so – to pick things that push your purpose and goals forward. For me, it was about becoming so good that I would have an inbox full of opportunities at any given time. To do that, I set myself a goal to learn and grow during those six months of unemployment. When the opportunity with Matthew Williams arrived, I was ready and it all began there for me.

“It’s that sports mentality that I’ve applied to the creative world was like, I’m going to consistently produce good work.”

How important would you say social media has been to your career?
It’s been super-important. For me, it was just making sure there’s that consistency. I’ve never taken on a job that I don’t like. You won’t see me put anything on my platforms that I don’t agree with. I consistently have good work on my feed; when you see that, you’re drawn to it. Consistency is key. It’s that sports mentality that I’ve applied to the creative world – the idea that I’m going to consistently produce good work. 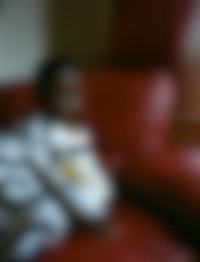 What’s the best career-related advice that you’ve ever received?
My mum taught me to always be thankful and have a good attitude, and so I apply that to everything I do.

What advice would you give someone looking to do what you do?
Find your style and keep on developing it, because that is what will set you apart. Don’t look to be a part of the crowd – research and run with something and stay consistent!

Just put your stuff out there – I feel like a lot of young creatives overthink things. It’s about getting better and seeing that progression.

When I look at that first film I made that got Nike’s attention, I think it’s horrible. But someone saw something in there and now I’m here. You just never know who’s watching. I don’t think you need to be the finished piece before you put out your stuff. Let’s just put stuff out on the internet, like the world’s kind of your oyster.