Want to get into photography? Apply for our next portfolio review

On Thursday 30th June we’ll be hosting our next portfolio review, all about starting out in the world of photography. If you’re a UK-based creative within the first year of your career, this is a great opportunity to meet and get feedback from experts.

Thinking about getting into photography? You’ll want to register for our next portfolio review.

From experienced photographers to world-renowned companies, our reviewers will be ready to cast some fresh eyes over your photography portfolios. You could be into reportage, hoping to make it big in the fashion industry or fancy yourself as a portrait photographer – we’re sure that their insights will help you on your way.

The session will take place over Zoom on Thursday 30th June, from 5pm to 8pm BST. There are only a limited number of places available, so make sure you sign up to register your interest.

Please also note that the session is open to those looking to work in photography with no more than one year of experience. You will be required to have something to show (e.g. one to two projects or pieces of work that capture what you do), but don’t worry if this isn’t a polished portfolio.

Christina Nwabugo, photographer and director, freelance
With previous positions at Getty Images and Inbloom agency, London-based photographer Christina has worked on anything from global campaigns to managing award-winning rosters of photographers and filmmakers. Her work explores the symbiotic relationship between people, culture and nature, with focus on representation and inclusivity.

Hidhir Badaruddin, creative director, freelance
Drawing from the themes of identity, gender and sexuality to explore and document a generation of Asian masculinity, Singapore-born photographer Hidhir’s work has been featured in magazines such as Gay Times, Vouge India and Dazed. He was also announced as the recipient of the Getty Images Creative Bursary 2021 award for his photo series Younglawa.

Derrick Kakembo, photographer and filmmaker, Reform The Funk
Previously at Rankin & Hunger Magazine and now the founder of cultural platform Reform The Funk, photographer Derrick has worked with clients and publications such as the V&A Museum, BCC and Vouge Italia. Creating Reform The Funk in a bid to reform basic social structures, the platform hopes to challenge the status-quo by promoting thought-provoking and emotive art.

See more from Derrick here, and read more about Reform The Funk here.

Fernando Lobina, senior designer, AKQA
Having studied graphic design at Kingston School of Art, senior designer Fernando now specialises in art direction and visual storytelling. Prior to his position at AKQA, Fernando was a designer and art director at The New York Times and has also worked with VICE and &Walsh.

Wendy Huynh, photographer, freelance
Mainly working in the fields of documentary, sports, fashion and portraiture, photographer Wendy graduated from Central Saint Martins where she studied Fashion Communication and Promotion. Having completed placements at both Art+Commerce and Atelier Franck, she realised that she wanted to pursue photography. She has her own print publication called Arcade.

Ayla Angelos, writer and editor, freelance
Specialising in art, photography and culture, writer and editor Ayla has spent nearly a decade producing profiles, features, reviews and stories on both emerging and established names in the industry. For the past five years, she’s been freelancing as a writer and editor for our sister company It’s Nice That, commissioning and editing long-form features.

Katharina Poblotzki, photographer, freelance
Based in New York and represented by Soothing Shade, editorial photographer Katharina is guided by the desire to connect with the authenticity of the people she photographs and the environments they inhabit. She’s worked with clients and brands such as Vogue Germany, Dazed & Confused and Adidas.

Chris Montana, senior photographer, Paul Smith
Renowned for his creative aesthetic in combining both tradition and modernity, Paul Smith has spent the last 50 years growing a global business as Britain’s foremost fashion designer. Like his interests, Paul’s creativity extends beyond fashion, working with artists, designers, musicians and photographers to enrich his own designs and produce limited-editions collaborations - including recent partners such as Mini, Anglepoise and Rapha.

Please note that you will be required to submit an example of your work in your application. Register your interest by 11:59pm on 20th June via the link below. 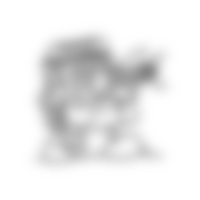 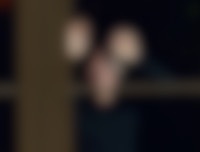 How to photograph Larry David, while quarantined, through a window
Parts of the Process 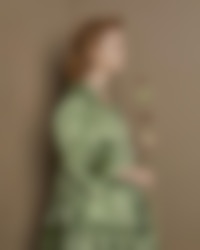 Behind the scenes of Alexandra Von Fuerst’s witchcraft-themed shoot for Riposte
Creative Lives
Life through the lens of director, photographer and art director, Filmawi
COOKIES