What are some of the tools required by a social media creative director? According to David Levin, you can’t go wrong with a laptop, phone and – in his case – a poetry diary. But on top this, having a way with words, a knack for coming up with ideas, and a love of social media come in pretty handy, too. David initially earned a place on the Broadcast Journalism course at Goldsmiths, but after an internship at MTV led to a full-time writing role, he deferred his place indefinitely. Setting out as a freelancer a few years later, David set up a Twitter account for the (fictional, but very funny) Dolphin Pub. The account accumulated over 25.5K followers, and soon, David started getting asked to tweet for a number of agencies, brands and TV shows, including the BBC where he worked as a tweeter for the ninth series of The Apprentice, and the second series of The Voice. Now heading up creative social agency, That Lot, (co-founded in 2014 alongside actor, comedian and director David Schneider) today David and the team create posts for the likes of Channel 4, Jamie Oliver and Red Bull. Here, he tells us more about early freelance struggles, and shares some advice for applying to creative roles. 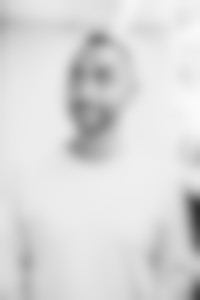 How would you describe your job?
I run our creative team with fellow founder and fellow Dave, Dave Schneider. We oversee the work our creative geniuses create for clients such as Channel 4, Red Bull and Jamie Oliver. I also do quite a lot of pitching to win new clients, interviewing potential team members and deciding what to buy for lunch from Chilango.

What does a typical working day look like?
I work better in the morning, so I like to start early, usually around 7am. I work at home for an hour or two then head into our office and work until 5ish, depending how lively things are. I tend to be across lots of different projects and clients, and spend a lot of my day in meetings, brainstorms, pitches and interviews. And emails, obviously. Lots and lots of emails.

What do you like about working in London?
I love London, I've been working in London for 18 years. You're surrounded by brilliant people working their arses off 24/7. The downside is Londoners aren't very good at switching off. When I go back to Leeds (where I'm from), I need a couple of days to slow down before I can function as a normal human being. Until that happens, you'll find me asking to see the manager in Wagamama because my ramen hasn't arrived within 2.5 minutes.

“The most enjoyable aspect is seeing us create beautiful work (or ‘social gold’ as we sometimes call it) for wonderful clients.”

How did you land your current job?
It's a bit easier to land a job when you start your own company. I didn't even interview myself.

How collaborative is your role?
My job is hugely collaborative, with the creatives in my team, our account managers and other teams in our agency, our clients, sometimes with other agencies, and our office dog (Sonny). Lots of collaboration.

What are the most and least enjoyable aspects of your job?
The most enjoyable aspect is seeing us create beautiful work (or 'social gold' as we sometimes call it) for wonderful clients, and also seeing members of our team flourish and blossom like an exotic plant or a [insert better metaphor]. The least enjoyable is telling someone off. I'm not very good at that. My parents are hippies.

Don't cha wish your boyfriend was hot like tea?

What has been the most exciting project of the last twelve months?
Our little agency got acquired by a bigger agency called Weber Shandwick – we're part of them now. That was pretty exciting. It was a bit like playing football for a pub team then getting signed by Arsenal. We now have prosecco on tap in our office. Yes, on tap.

What skills are essential to your job?
You need to be pretty good with words, you need lots of ideas and you need to love social media. It also helps if you like falafels or Chilango.

Do you run any self-initiated projects alongside your job?
I still do a bit of freelance writing now and again. I recently wrote a thing about East London (seeing as I mentioned east London earlier) for the Metro.

What tools do you use most for your work?
I don't use many tools to be honest. It's mainly just me, my laptop, my phone and my poetry diary (I prefer to use a physical diary than a digital one, and I like poems. Each week of my diary has a different poem). I suspect this is an unhelpful answer to your question. 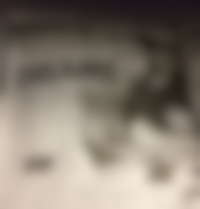 What did you want to be growing up?
A 100-metre gold medalist or the drummer in Red Hot Chili Peppers.

What influence has your upbringing had on your work?
My mum's an artist and my dad's a guitarist. I grew up around creativity. It's not surprising I ended up doing a creative job, I'm crap at everything else. I'm also from a mixed-race family, which definitely impacts my work and my ideas. On that note, we need more applications from non-white folks! If you're brilliant, not-white and want to work in social media, come say hello (white people may also say hello).

“I met a girl at a party who was an intern at MTV. It sounded fun so I applied to be one. I got it, and deferred my place at Goldsmiths.”

How (if at all) is the subject you studied useful to your current role?
The only thing I studied was the student loan application form. That, and Jägerbombs. Both were helpful. I was supposed to go to Goldsmiths in London; I had a place on the Broadcast Journalism course. But then I met a girl at a party who was an intern at MTV. It sounded fun so I applied to be one. I got it. So I deferred my place at Goldsmiths. Then while I was an intern, I talked my way into a junior news writer job there, and ended up not going to uni at all. Interestingly, the bank had already given me my student loan (which I spent during my internship living like I was on Magaluf Uncovered). So I'm the only person I'm aware of who had a student loan without being a student. Not necessarily something to be proud of.

Just a thought: if your name is Phil, Jill, Bill, Gill or Lil - why not add an ".i.am" at the end? You're welcome. #TheVoiceUK

Was there a particular step that helped your development?
My internship at MTV. Internships are incredible. Do an internship.

What’s been your biggest challenge?
Going freelance was tough for the first couple of years. You have to get used to being your own boss and working your own hours and sending invoices if you want to get paid. The biggest challenge is finding the discipline not to put on the Lord of the Rings trilogy at midday as a reward for doing an hour's work. Although I miss those days.

Is your job what you thought it would be?
I never really planned or wanted to be a manager. It's harder than I thought it would be, actually. But the creative side is even better than I could've imagined. Getting paid to dick around on Instagram is a wonderful beautiful thing.

That Lot team and David

What would you like to do next?
I would like to write a script for a TV show. That, or become a snooker player.

Could you do this job forever?
I couldn't do my current job forever but I'm in no rush to stop doing it any time soon. There are still things on Chilango's menu I haven't tried yet.

What do you feel is the natural career progression for someone in your current position?
The natural progression would probably be to keep doing what I'm doing until we have 100,000 employees. That, or go work for one of the platforms (do you know they wash your clothes for you at Facebook? I know, right). But my next move will very probably be going back to writing at home in my pants (breaking occasionally to watch the Lord of the Rings trilogy).

What advice would you give to an emerging creative wanting to get into the same kind of work?
Firstly, I’d spend some time thinking about who you most want to work for. Once you’ve decided that, I recommend you think of a brilliantly creative way to get their attention. For example, one of our creatives applied for a job by taking a scene from a foreign movie and editing some fake subtitles over the top, which made it look like the character in the film was reading out his CV. We played it in the office and fell about laughing. We hired him shortly afterwards and now he’s one of our creatives making Facebook content for Channel 4.

You’re significantly better off spending two days on an application for one job you really want than sending a boring application to 20 places. Especially if you want to work in creative. So yes, that’s my advice. That, internships, and Chilango. I have nothing more to add. Okay bye.