Want to get into illustration? Apply for our next portfolio review

On Thursday 25th August we’ll be hosting our next portfolio review, all about starting out in the world of illustration. If you’re a UK-based creative within the first year of your career, this is a great opportunity to meet experts and get feedback from them.

Thinking about getting into illustration? Our next portfolio review is all about it!

From experienced creative producers to artist’s agents and successful illustrators, our reviewers will be ready to look over your portfolios and give you some valuable and rewarding feedback that’ll help you in your search for commissions.

Whether you’re a student, have just graduated or are simply in the first year of your career, this is a chance to get some timely advice from industry professionals and connect with fellow emerging creatives.

The session will take place over Zoom on Thursday 25th August, from 5pm to 8pm BST. There are only a limited number of places available, so make sure you sign up to register your interest.

Please also note that the session is open to those looking to work in illustration, with no more than one year of experience. You will be required to have something to show (e.g. one to two projects or pieces of work that capture what you do) – but don’t worry if this isn’t a polished portfolio.

REGISTER YOUR INTEREST BY 11:59PM ON 15TH AUGUST

Nick Collin, managing agent and creative producer, Pocko
Nick specialised in aesthetics and labor theory at Cambridge University, and has had a varied career in the creative industries. A freelance arts writer since 2018, he’s worked in copywriting for publishing houses including Bloomsbury and Bonhill Plcs, and has produced music videos and visual content for London-based artists including LVRA.

Randy Amoakohene, UX/UI designer, JKR
With a degree in illustration and graphics from Coventry University, Randy has worked at Apple and for a commercial printer, and is now a UX/UI designer at London-based creative agency JKR. He’s been commissioned by Peabody, Huffington Post and Ben’s Original, and now works in the hybrid, 3D space, having built significant expertise in illustration.

Pedro Messias, creative director, OMSE
A creative director with a background in motion design and animation, Pedro helps create gutsy brands that touch people deeply and make a difference. He spent over a decade working in New York, San Francisco and London in agencies such as Collins, Mother Design and Wolff Olins, creating brands from culture to tech, business to lifestyle, and everything in between.

Raya Alkhayal, illustration agent, JSR Agency
At JSR, Raya forms relationships with illustrators whilst overseeing their creations. With a BA in illustration animation, she’s volunteered at the House of Illustration, assisting with exhibitions and workshops, and was workshop facilitator for children’s magazine OKIDO – experiences that have equipped her with broad industry knowledge and what to look for in a strong portfolio.

Erin Aniker, illustrator, freelance
Erin’s people-driven illustrations are influenced by her dual Turkish and British heritage and the east London community she grew up with. She’s worked with Apple, the Barbican, V&A and Nike. Erin is inspired by the feminist posters of See Red Women’s Workshop, Bridget Riley, the geometry of Islamic patterns and abstract artists such as Fahrelnissa Zeid.

Doaly, graphic designer and digital illustrator, freelance
A Birmingham-based graphic designer and digital illustrator, Doaly has a passion for storytelling and a conceptual approach to illustration. His clients include the BBC, Disney, Pixar, Marvel, Lucasfilm, Warner Bros, Sony Pictures and Wired. Recently, his skills have migrated to comic book covers, creating work for Marvel Comics, DC Comics and independents.

Please note that you will be required to submit an example of your work in your application. Register your interest by 11:59pm on 15th August via the link below.

REGISTER YOUR INTEREST BY 11:59PM ON 15TH AUGUST

The AOI’s Lou Bones: We need to stop treating illustration as a hobby
Advice 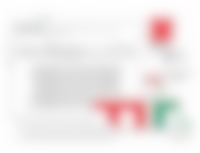