One of the country’s best-loved children’s authors, Philip Pullman published fantasy trilogy His Dark Materials over twenty years ago, attracting a wave of highly regarded awards. For his most recent release, the writer has returned to the books’ parallel universes with The Book of Dust, a new three-part series, inaugurated with the much-anticipated La Belle Sauvage. Published in October by David Fickling Books and Penguin Random House Children’s in the UK, it became an instant bestseller, and was recently named Waterstones’ Book of the Year 2017. Eleven months before it was launched, art director Tom Sanderson was approached by commissioning art director Jacqui McDonough for its design. Tom’s process included handling top-secret manuscripts and briefing in celebrated illustrator Chris Wormell for the cover artwork. Here he describes the experience of designing “the sort of book that anybody involved is going to have an opinion.”

I was approached by Penguin Random House Children’s to work on a new and exciting brief in the autumn of 2016. At the time I was told that it was going to be a very ‘big’ book, and would I be interested? The client said I couldn’t be given any further details until I had signed a NDA (non-disclosure agreement). It was a very cloak-and-dagger approach to the job and these kind of projects are incredibly rare, so I jumped at the chance, signed the forms, and sent them back to Penguin Random House, intrigued and excited to know more.

Nearly ten years ago, I worked in-house on the design team at Puffin and Penguin Children’s books. I have a good history with the team and they have commissioned me many times over the years since then as a freelance designer. I work from a studio in Brighton and most of my work is publishing based. I occasionally work on the insides of books, however most of my time is spent designing and creating the images for front covers. The beauty of being a freelance designer is that I get to work on a very wide variety of projects and genres; anything from modern young adult books, or crime and mystery titles, to modern classic stories and anything in-between. It’s a job I have a lot of love for and is creatively fulfilling.

“The beauty of being a freelance designer is that I get to work on a very wide variety of projects and genres.” 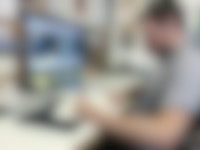 Tom at work in his studio in Brighton

Once I had signed the NDA, Penguin Random House was then able to give me all the information about this new project. I was told that it was a Philip Pullman book, the start of a new trilogy set in the same world as His Dark Materials. I had read the original books when they had first been published and it was a great honour to work on this one. I was given the manuscript, which I had to read very quickly and return as it was under embargo. Hardly anybody had read it at that time or even knew that Philip was publishing a new book. I was told that I would be initially commissioned to explore and possibly develop some approaches.

The dust cover for The Hobbit that inspired Tom’s design

My commissioning art director, Jacqui McDonough, chatted about how to approach the project with me. She suggested that I concentrate on the canoe from which the book takes its title, La Belle Sauvage. We also discussed [spoiler alert] bringing in elements of the flood, as this is the culmination of the first story. This was pretty much the brief that I was given to kick-start the project.

The Pullman books, to me, are very much in the tradition of J.R.R. Tolkien and I had the hardback cover of The Hobbit in the back of my mind while working on the early design stages. I had grown up with that cover and I loved the graphic and stylised approach of the image and typography.

“I had to read and return the manuscript very quickly as it was under embargo. Hardly anybody even knew that Philip was publishing a new book.” 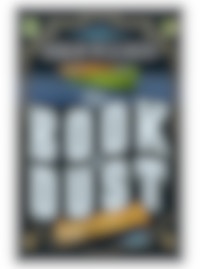 My first visuals played with the idea of using a border and very graphic images as a way of giving the series its own identity. I also thought the border would be an interesting way to bring in some details from the story. As far as I was aware, the characters’ daemons hadn’t featured very much in the previous book covers and I wanted to try and get them in to the design of this one. Typographically, I was also thinking about how elements could be foiled and embossed and the border and Victorian style type approach could help put this in place.

I also mocked up a more illustrative idea using sketches and collaged elements. These featured the two central characters in the boat, with the stormy river pushing them downstream. I had previously put together some very rough ideas with some daemons crawling over the title typography. After discussing this with Jacqui I pushed this further on these visuals and dropped the border. These approaches were presented to the Penguin Random House team to begin with. Before we showed them to Philip, I was asked to put together a dream selection of illustrators who could potentially work on the illustrated idea. 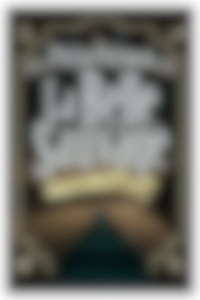 Another design direction for Tom’s design, including a border and graphic images 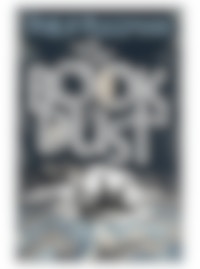 A more illustrative approach to an early design

The selection of visuals and illustrators were presented to Philip and he much preferred the illustrative approach, so it was agreed that I should develop that route. Of the illustrators presented, everyone felt that Chris Wormell would be the right fit for this project. I have really admired Chris’ illustrations for many years, but I’ve never had the opportunity to work with him. As we were going with the more illustrative style, I felt it needed a traditional but graphic look, so his woodcut work would be perfect. Philip had also seen a lot of his work, and was keen to use him as the illustrator on his cover.

I sent out a rough pencil sketch of the cover to give Chris an idea of the sort of image that would work, and he drew his own sketch based on this idea, which formed the basis of his illustration.

“Working on a Philip Pullman cover was a very big undertaking. It’s the sort of book that anybody who is involved is going to have an opinion.” 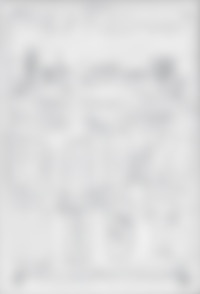 The sketch that Tom sent to Chris 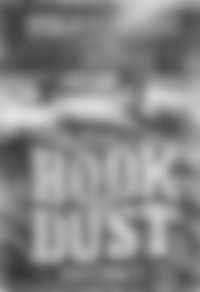 Chris’ sketch, sent in response to Tom’s above 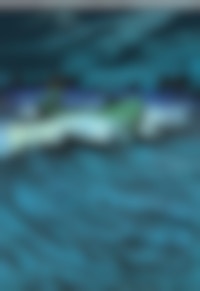 A few weeks later the artwork was delivered. Chris Wormell is very much a traditional illustrator who handcrafts his images, in this case as a wood engraving. The final illustration has a very beautiful but timeless quality, and Philip felt it fitted into the world that he had created very well.

I worked up some typography for the titling and received some extra images of the two daemons that would be crawling over some of the title lettering from Chris. Jim Tierney, an American designer, put together some typography for Philip’s name, and then some time was spent experimenting with title type options. Finally, tweaks were made to the colours to get the stormy purples and blues just right. We now had a finished cover which everyone felt was right.

After the final jacket was put together, I designed the slipcase and endpapers. The spine shows a foiled extract from the book, the front and back are covered in gold dust. 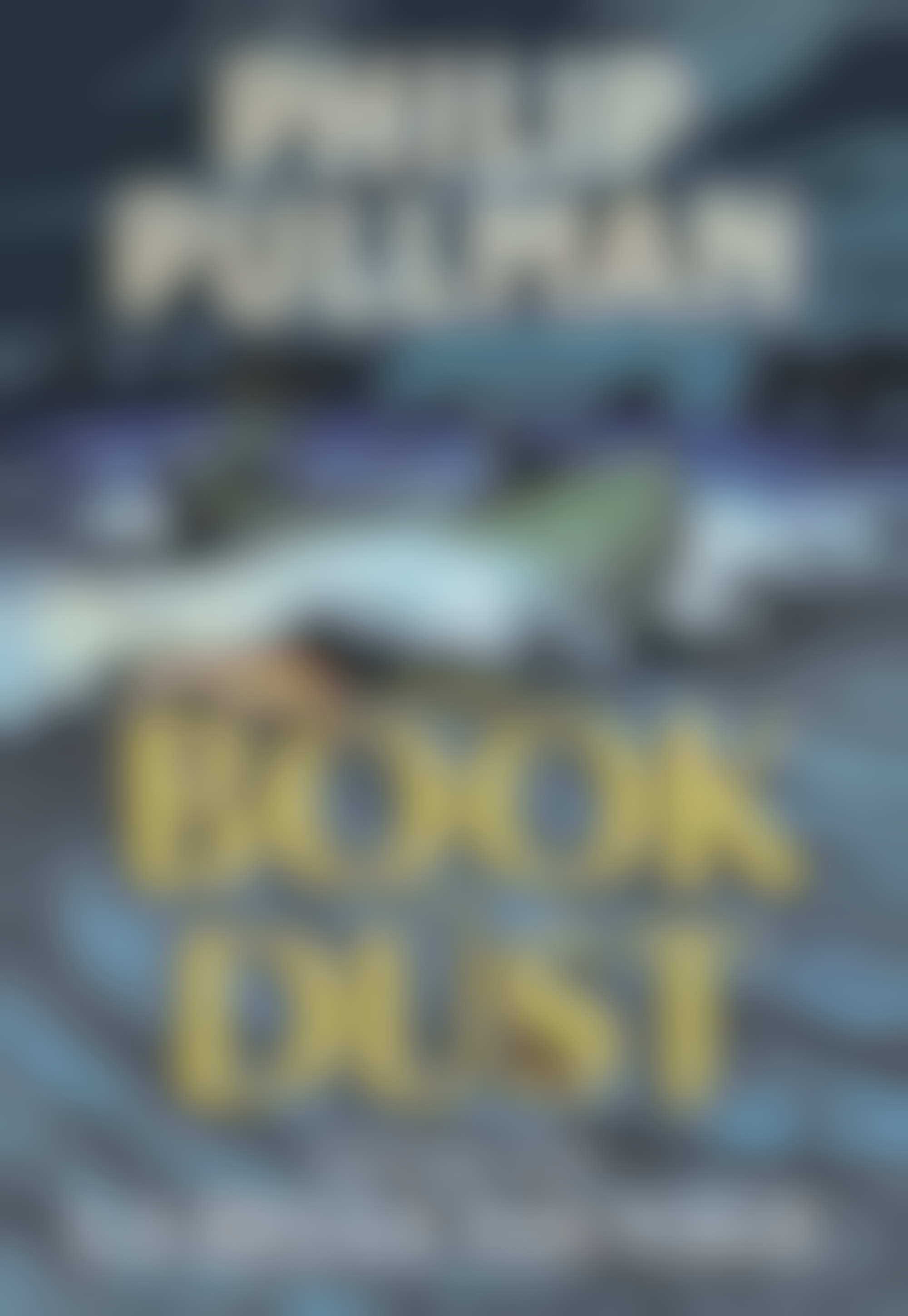 The final artwork, once Tom had added typography by designer Jim Tierney​, with extra ‘daemon’ illustrations by Chris Wormell 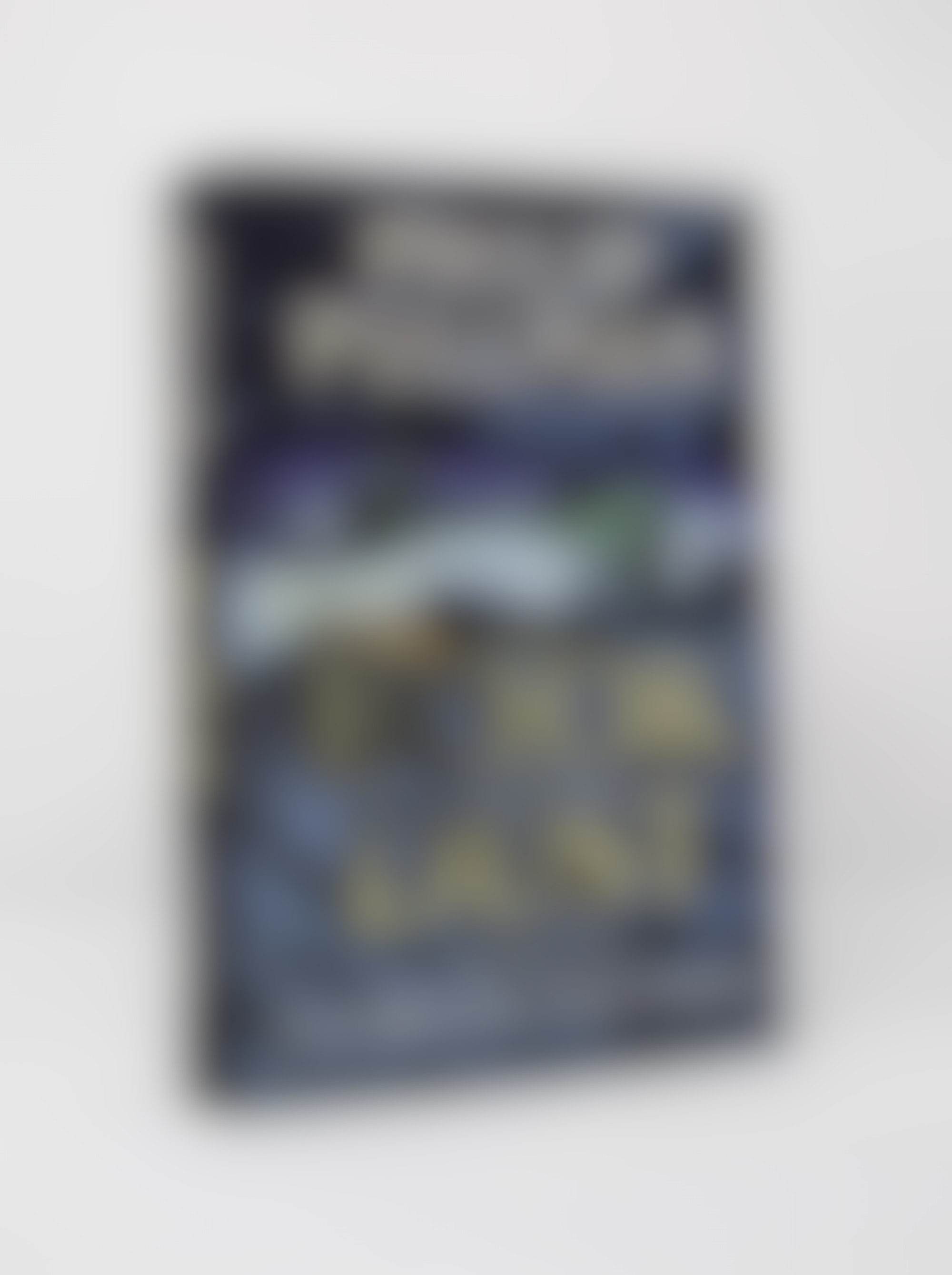 Tom’s final design for cover, under the dust cover

Working on a Philip Pullman cover was a very big undertaking. It was challenging and also incredibly inspiring and a lot of fun. With this kind of book there are always going to be a lot of hoops that you need to jump through as a designer, as well as constrictions. It’s the sort of book that anybody who is involved with is going to have an opinion.

Part of the job of a designer it is to make sure that all these suggestions are included but also ensuring that the end result is as stunning and beautiful as possible. This is one of the things that I very much enjoy as a commercial book designer: you are a visual problem solver.

“Hopefully it will be something that people cherish and remember in a similar way to Tolkien’s Hobbit hardback cover.”

It is hard to measure the success of the cover. It has been in the shops for nearly a month, and has been the number-one selling book and the feedback regarding the cover has been really positive. However, you never really know how iconic and memorable a design is until several years down the line. Hopefully it will be something that people cherish and remember in a similar way to Tolkien’s Hobbit hardback cover.

Alien tripods and Donald Trump: Behind the scenes of Sophy Hollington’s 48-hour linocut illustration for The New Yorker
Parts of the Process 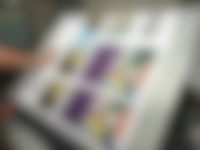