Originally from Singapore, photographer Hidhir Badaruddin moved to London in 2017 to study at the London College of Fashion. He soon learned, however, that there was only so much he could learn in a classroom. Spending his summer breaks assisting photographers and setting up his own shoots, Hidhir’s hard work paid off when he landed his first editorial spread with Gay Times, while still in his second year. It became the first of many, with his graduate project, ‘Younglawa’, also going on to be noticed by the likes of It’s Nice That, The Face and Getty Images. His successes, however, have also been met with testing experiences: “Being brown and Asian in such a predominantly white industry comes with its own set of challenges,” he tells us. Reflecting on his career so far, here, Hidhir talks to us about championing inclusivity in industry, seeking growth and being your own biggest fan. 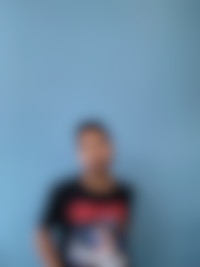 How would you describe what you do?
I’m a photographer, mostly working within fashion and documentary photography. I focus on the queer and BAME communities, championing for diversity and inclusivity in my photography.

It’s still pretty surreal to tell people what I do; growing up, a career within the creative industry wasn’t exactly the ideal path for a young Asian man. Moving to London allowed for my photography to flourish and for me to investigate my cultural identity, sexuality and gender. I wasn’t the smartest in school or the all-round athlete; photography was my way of expressing myself and my point of view.

“I wasn’t the smartest in school or the all-round athlete; photography was my way of expressing myself and my point of view.”

If you could sum up your job in an meme, what would it be and why?
This set of photos (below) from the documentary 10 Years with Hayao Miyazaki, which became a meme on Twitter. Hayao Miyazaki’s creative process is a whole mood.

It almost accurately visually portrays my creative process as a photographer. I can relate to those moments of almost giving up, and hearing that inner voice in my head constantly telling me I’m not good enough. But at the end of the scene, with patience and determination, Hayao Miyazaki ended up creating characters and plot lines for what would become his 2008 blockbuster, Ponyo, and I found this moment to be really inspiring. 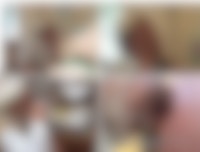 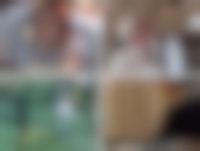 What are the main influences and inspirations behind your work?
My community; the queer and Asian communities inspire me on the daily. I’m also inspired by the fresh energy from the new generation of photographers such as Quil Lemons and Renell Medrano who are breaking through the industry, and breaking the stereotypes that you have to be an ‘old cis white man’ to be a successful photographer.

What’s been your favourite project to work on, from the past year, and why?
Definitely my photo series, ‘Younglawa’, which was my exploration for a new generation of Asian masculinity. A project that stemmed from growing up, not recalling the last time I ever saw anyone that looked like me – a brown Asian male – within mainstream media.

Despite the series not being finished due to COVID, it got picked up by Dazed, It’s Nice That, The Face, and even ended up winning a first place grant by Getty Images.

“There are thousands of photographers out there, but it’s your story and visual narrative that distinguishes you from all the others.”

Would you say you need any specific training for what you do?
As much as photography is a skill that you can learn from and be taught, it is your eye and vision that sets you apart from everyone else. There are thousands of photographers out there, but it’s your story and visual narrative that distinguishes you from all the others. 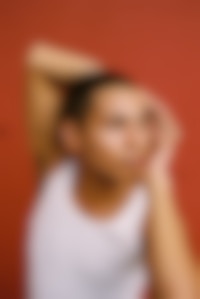 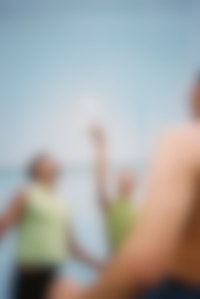 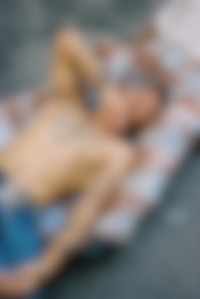 What was your journey like when you were first starting out?
I literally started from the bottom up. Coming from Singapore, I didn’t know a single soul coming to London. I knew early on at uni that I could only learn so much in the classroom. Over the summer break from uni I began assisting other photographers I looked up to, and soon got the confidence to begin executing shoots of my own.

I began shooting my friends until Anti-Agency became one of the first modelling agencies that allowed me to work with their models. This was where I began doing shoots of my own. In the middle of my second year I then got picked up by Gay Times to shoot an editorial spread; I formed a great relationship with them and have worked with the publication ever since.

“I knew early on that I could only learn so much in the classroom.”

Graduating in 2020 amidst a global pandemic was tough, especially when you’re just about to enter the creative industry. There wasn’t any form of guidance or a clear path for an emerging creative like myself to start their career. Everything so far has been self-taught or just learning as I go.

Fast-forward to today, I’m thankful for all the projects and commissions I’ve received. I’ve since shot my first magazine cover with Shygirl for Notion magazine, a cover for King Kong Garçon featuring Reece King and got to work with young emerging designers, too. I’m taking things day by day, growing and learning. But I know what I want to achieve, which is to constantly learn and create – this has been my motivation so far. 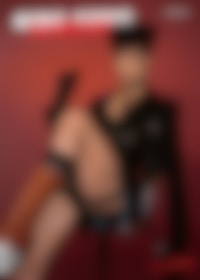 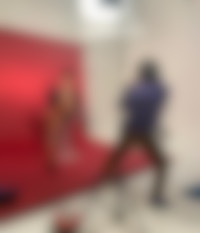 If you could pick three things that you’ve found useful or inspiring to your work or career, what would they be and why?
This is a rather tough question because I’m inspired by so many things around me. A book called A Dutiful Boy by Mohsin Zaidi, about a young Muslim gay man’s journey, love and struggle for acceptance was something I wish I had read when I was a lot younger. Covering themes of diversity, colourism and queer liberation, it was definitely a powerful narrative that was inspiring and what we need today.

Secondly, I Can Make You Feel Good by photographer Tyler Mitchell. The photo book is his vision of a Black utopia, capturing Black joy and expanding the possibilities for existing as a Black youth. It opened my eyes to the great opportunity that a medium such as a photo book holds; an opportunity to take it in and soak up the images – something you wouldn’t get digitally or online. for example. Similarly, I hope to take my photo series ‘Younglawa’ further, and turn it into a photo book.

Lastly, Mitchell Nugent’s Instagram account, where he posts great queer photo books and series. Through his posts, I’m constantly introduced to queer male photographers and creatives from the past who I’d never been aware of. This is always exciting to come across and serves as an inspiration in my work.

“Being brown and Asian in such a predominantly white industry comes with its own set of challenges.”

What would you say has been your biggest challenge along the way?
Getting people to take me seriously as a photographer and artist has probably been a challenge. Probably because of my age or how I look. For example, when I’m on set people would often assume I was the intern or assistant, and would be surprised when I tell them I was the photographer – which has happened more than once!

For some reason, the industry has this notion that a photographer is either much older or white. Being brown and Asian in such a predominantly white industry comes with its own set of challenges. There is this need to work harder than everyone else, just to be acknowledged and taken seriously. 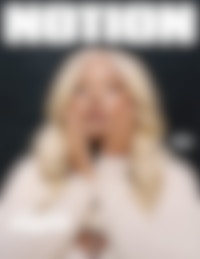 How important would you say social media and self-promotion are to your work?
People don’t acknowledge this enough – I guess because we’re growing in the age of social media right now – but it is extremely important. We weren’t taught this in school, and therefore utilising social media as a functional platform is definitely something we’ve had to learn on our own over the years.

I’d say careful curation and being selective with what you put out is really important. It is what represents you, and what people see when they search for you. You don’t have to put every single thing out there, just what best represent you. “Put your best foot forward”, as they say.

What have been your greatest learnings with making money and supporting yourself as a creative?
This is still a learning curve for me, because not every job opportunity that falls into your lap ends up paying the rent. I’ve definitely had to take on other freelance work to support myself on specific months that have been tough.

How did you go about landing your first clients?
They’ve been through word of mouth, personal networking and social media! Always be nice to people, you never know who you’ll meet.

What’s the best career-related advice you’ve ever received?
The best advice I’ve received is to be your own biggest fan. If you’re good at something and you point it out, it’s not bragging. It’s honesty.

What advice would you give someone looking to get into a similar role?
Don’t be afraid to put yourself out there. Continue to seek growth, it is only through sharing your work that you get to see how far you’ve come. For example, when I look back at my first editorial for Gay Times from years ago, I don't think of it as my best work, but they loved it, and I’ve been collaborating with them ever since.