Posted 30 May 2017
Interview by Marianne Hanoun

“Working in the design industry will never be a 9–5 job. You must love what you do” Motion graphics designer Will Lanham

If you’ve ever wondered whose job it is to design the holograms and computer screens you see in films, let us introduce you to Will Lanham. This Birmingham-based motion graphics designer has worked on ads, film trailers, and even a TV spot for Star Wars. Having initially moved to London to take up a position at visual effects studio, Moving Picture Company and build up his skill set, he recently went freelance and is currently in the process of launching his own studio, Of The Unknown. For Will, the fast-paced nature of the industry means it’s vital to keep one eye on new developments and the other on maintaining a healthy work-life balance. Will shares some of the insights and advice he’s gleaned on his career journey so far. 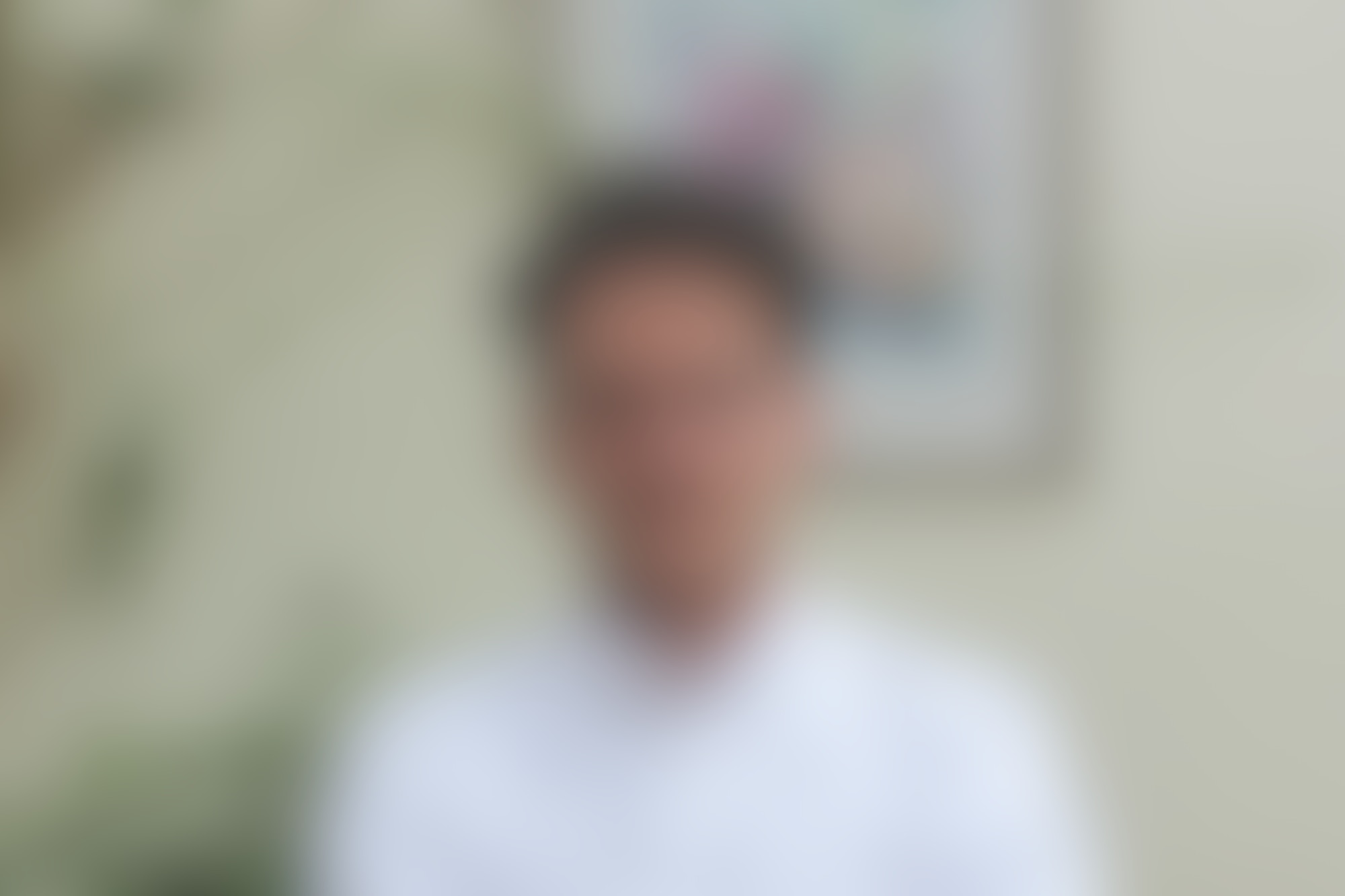 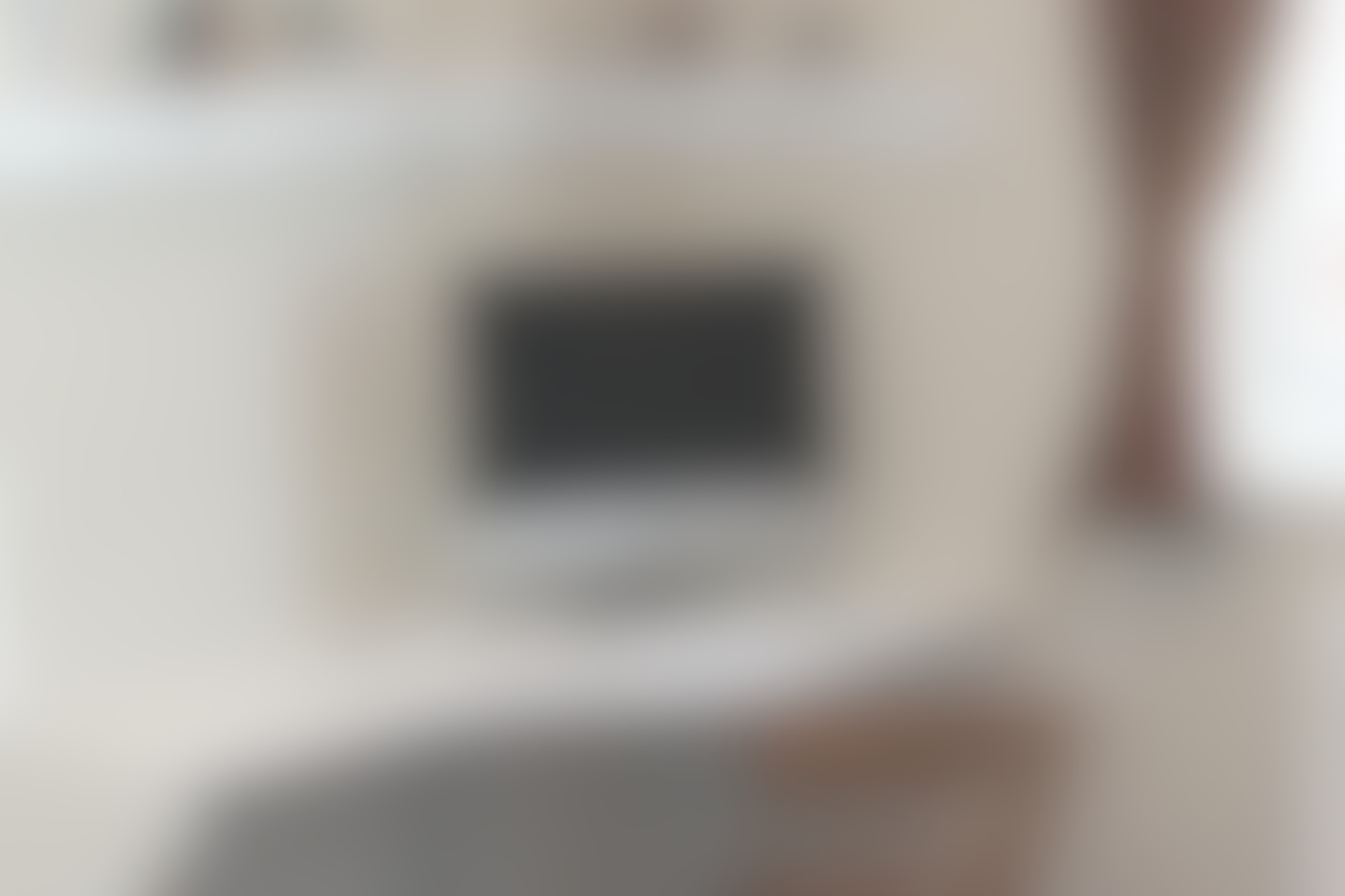 How would you describe what you do?
This is a tough one. Just the other day some other motion graphics designers and I were discussing how to describe what we do. In essence, it is graphic design that moves. But it sits on the fringes of many different design disciplines: illustration, VFX, graphic design, animation, typography.

What does a typical working day look like?
I usually spend the first part of the day answering emails and taking calls. As a freelancer there are no set hours unless I am working in-house somewhere. I do try to stick to a 9–6 working day, and have to be strict with myself to make sure I give enough time to each project I take on. The majority of the day is spent in front of the computer, there isn’t much escape from it when animating. Everything is done digitally these days.

“The type of work I wanted to do only really existed in London, and I didn’t have enough of a presence online, or the skills, to be able to attract new exciting clients to Birmingham.”

Where does the majority of your work take place?
I’m now a freelancer so my day-to-day changes quite a lot. Sometimes I work remotely from home or in-house at studios and sometimes I work in Birmingham or down in London. Things vary quite a lot, but it’s exciting to go to new places and studios to work.

How does your freelance work usually come about?
I think a lot of it comes from a reasonable online presence and word of mouth. I post a lot of things on my Instagram, and on my behance and Vimeo pages. Some of the projects get a bit of traction and I have had a few messages about potential work through those. I think word of mouth is where the majority of it comes from though. If you can smash a project for a client, they will definitely use you again, and they will definitely tell their friends about it.

How collaborative is your work?
It is mostly collaborative. I often work with an in-house design team or art director. I have done some solo projects too, but they are usually just for fun.

What are the most and least enjoyable aspects of your job?
The initial stages of a project are always the most fun in my opinion. You are developing ideas, pushing and exploring visuals and moving into an unknown territory. The thought of creating something that no one has really done or seen before is exciting and something I always strive for in the initial stages.

Work-life balance is a struggle sometimes. Work can run your life for you. I do not think it is a good idea to be working constantly and have seen it have a detrimental effect on people’s health and relationships. People are more focused, and produce better work if they are able to breathe and are not constantly stressed out.

What has been the most exciting project of the last twelve months?
I was fortunate enough to be part of a six-man design team who created all the FUI (future user interface) designs for the feature film Passengers. It was our role to design and animate all of the computer screens, holograms and handheld devices that feature in the movie. The film was directed by Morton Tyldum and had a limited cast of Jennifer Lawrence and Chris Pratt. Ryan Hays was my art director, I think we worked on over 400 shots, some shots having about 10 different UI screens in them. These all had to be designed to serve a purpose on the ship and then animated. Some screens were just in the background, some had a bigger role to play in the storytelling. Going to the daily meetings and seeing all the content that was being produced by the London VFX team was mind bending. A very steep learning curve to say the least, something to tick off my bucket list.

“The battle is coming up with a great idea, and then having the skill set to execute it.”

What skills are essential to your job?
The most important thing is being able to communicate well. Anyone can sit down and learn Adobe After Effects, but you need to be able to communicate with clients in a clear and precise way to get to the route of the project quickly.

Are you currently working on any side projects?
I am actually in the process of starting a small design studio with my creative partner in crime, Mattie Lynch. So that is taking up a lot of my free time. It is something we spoke about doing years ago but felt we didn’t have the necessary experience. Things are coming together now and we are enjoying the process of learning how to run a business.

What tools do you use most for your work?
I use After Effects for 2D animating and compositing. Cinema 4D is the program I use for any 3D work. The two programs compliment each other well. I use Illustrator a lot because of its compatibility with After Effects, and because you can bring Illustrator paths into Cinema 4D. I’m always writing and scribbling in my Moleskine note pad too!

Promo for ‘Star Wars the Force Awakens’ for Sky, made while at Moving Picture Company

What did you want to be growing up?
I wanted to be a skiing instructor in France!

What influence has your upbringing had on your work?
My parents both work in the NHS and have taught me to never finish a job unless you have done it to the very best of your ability. I try to emulate their work ethic as best I can.

How (if at all) is the subject you studied useful to your current role?
I studied visual communication at university. It was challenging because it wasn’t a course that taught you how to make things, rather it taught you how to think differently and problem solve in a creative way. I didn’t really figure that out until my final year, but it definitely helps now.

“The pace of the industry is something that I struggled to cope with at the beginning of my career. Working at speed isn’t something that can be taught.”

What were your first jobs?
Whilst studying in my final year at university, I worked two days a week at a design agency called Fluid, in Birmingham. It wasn’t paid, but it helped me understand a lot about the industry. It also set me up with a few contacts that I still work with today on a freelance basis. I also did a three week work placement in Brighton at a motion design agency called Bolder Creative. That was a lot of fun!

What in particular helped you the most at the start of your career?
At the time, moving to London was huge for me. I wanted to learn from the best and really develop my skills as a motion graphics designer. The type of work I wanted to do only really existed in London, and I didn’t have enough of a presence online, or the skills, to be able to attract new exciting clients to Birmingham. I got a job as a junior motion graphics designer at Moving Picture Company in London and spent the next few years learning absolutely everything that I could.

Was there a particular project you worked on that helped your development?
I worked on a spot for Sky Movies to promote the Star Wars the Force Awakens release. That was a huge project and a lot of people wanted to be involved just because it was Star Wars. It was interesting because I was collaborating with a lot of different people who had very different specialisms. There were 3D animators, Nuke compositors, Matte painters all getting involved and helping each other out. Just seeing the extremely talented work force at MPC rally behind a project and push it to a new level was really exciting.

What skills have you learnt along the way?
Becoming more proficient in 3D programs has been a skill that really helps me mix things up when it comes to the work I do. I am always trying to develop my skills as a thinker, too. The battle is coming up with a great idea, and then having the skill set to execute it.

In motion graphics everything changes almost on a monthly basis. New software is released, render engines are updated, and hardware is developed that allows you to work faster and more efficiently. You really have to keep one eye on the changes that are going on industry wide, otherwise it is easy to fall behind.

Is your job what you thought it would be?
I sometimes have to calm myself down because I can’t believe that I get to make cool pictures and animations for a living.

What would you like to do next?
As mentioned, I am in the process of starting a design studio with my creative partner, Mattie Lynch called Of The Unknown. We are still in our infancy but it’s an exciting journey to be starting. There isn’t a massive design industry presence in Birmingham at the moment, but with massive redevelopments in the city there’s an increasing amount of interest in the area, and we are looking to capitalise on that.

Could you do this job forever?
Absolutely, I intend to.

What do you feel is the natural career progression for someone in your current position?
There are two paths I have noticed. One is full-time employment, keep your head down and work your way up in a company. The other is going freelance, working for yourself and seeing what else is out there. There are advantages to both. The past quarter of the year has been a real eye opener for me: would I go back to working for someone else 9–5? Probably not. But there is a time and place for freelance. You need to have earned your stripes and generated skill sets and contacts in order to be able to do it effectively.

What advice would you give to a young creative wanting to become a motion graphics designer?
The moment you start doing work because you want to do it, rather than because you have to do it, is the moment that employers will start looking at you in a different way. Working in the design industry will never be a 9–5 job, so you must love what you do.