3D holograms and ‘digital sand’: How Territory studio created VFX for Ghost in the Shell

With a jaw-dropping portfolio that includes work for films like Blade Runner 2049, Prometheus, Guardians of the Galaxy and The Avengers: Age of Ultron, London-based production studio Territory are well-versed in sophisticated screen graphic and UI work. In 2016, the team were approached by Oscar-winning VFX supervisor Guillaume Rocheron, and tasked with bringing a vision of the near future to life for major DreamWorks Pictures release Ghost in the Shell. While the film attracted criticism for its casting of Scarlett Johansson as an originally Japanese character, reviews expressed praise for its visuals and aesthetic, deeming the VFX team “masterminds” [Variety]. We spoke to Territory’s creative director Andrew Popplestone and creative lead Peter Eszenyi about the process of producing over 200 individual elements at both skyline and street level – including everything from logos and window signage to giant photorealistic hologram figures.

With its UK release scheduled for March 2017, the Ghost in the Shell team had completed shooting in Hong Kong and New Zealand when Territory Studio were brought in, during the post-production phase of the project. Directed by Rupert Sanders (of Snow White and the Huntsman), the feature is an adaptation of the Kodansha Comics manga series and 1995 anime movie of the same name. Proposing a vision of a near future, the film required special effects and ultramodern elements to emulate a world where technology is integrated into every aspect of society.

Territory was approached for the job by VFX supervisor Guillaume Rocheron. Having worked on titles including Godzilla, Harry Potter and been awarded an Oscar for his contribution to Life of Pi, Guillaume’s name and reputation were already well-known to the studio’s co-founder and executive creative director David Sheldon-Hicks. After an initial bidding process, Territory won the brief that focused on the design elements of the technology featured in the film. The scope of their work expanded over the duration of the project, to include 3D advertising and signage assets, temp screens and trailer shots, alongside the tech concepts.

“The technology brief was quite loose, with just a few directions,” say Andrew and Peter, “The director [Rupert Sanders] wanted to avoid flat screen conventions, instead bringing the technology and content experience into the third dimension.” Part of Territory’s work was to design the look and feel of this holographic technology, from product visualisation through to interaction experience.

“Director Rupert Sanders wanted to avoid flat screen conventions and instead bring the technology and content experience into the third dimension.”

Trailer for the original Anime version of Ghost in the Shell

Since the footage had all been shot, Territory were given directions to add technological aspects to specific scenes and locations, adding advertising elements as well as fitting interactions to existing gestures for holographic technology concepts. While the studio have worked on multiple blockbuster features, Ghost in the Shell presented a different set of challenges. In creating holographic concepts, they wanted to create technology that possessed human elements, exploring ways in which they could behave as organic forms themselves.

Alongside many other VFX vendors on the project (including MPC Film), Territory contributed to the creation of holographic traffic and pedestrian signs that populated the cityscape. Ideas around how advertising would feature within the film had been relatively open, and creating this became a huge body of work for the studio. Ensuring they reflected all facets of an imagined futuristic society, they created logos and window signage, 3D elements on street level, street signs, and giant photorealistic holographic figures called ‘solograms’, which moved through the cityscape.

During the technology concepting stage, Territory explored various creative routes as part of the research and development (R & D) process. This kicked off with sketches and conversations between the studio team and Guillaume Rocheron, who would in turn discuss closely with the director. “Film work is very fast, so the concepting phase saw us generate mood boards – form, texture, colour palette – to determine concept routes,” share Andrew and Peter. Following early feedback from Guillaume, they would then work together with Territory’s motion graphic designers and 3D artists, to develop concepts in more detail, creating motion tests to illustrate movement and temp screens to visualise how elements sit, in the context of a shot or scene.

During the process of putting these options together, the team looked for inspiration in everything from the original anime version of the film, manga, Japanese iconography, architecture, sculpture, to marine life; “We wanted to marry organic qualities with super-advanced technology, helping us define a unique look and feel for the technology.” For the film’s holographic content, their research led them to two key routes: one that was voxel based and and another they refer to as ‘digital sand’.

“We wanted to marry organic qualities with super-advanced technology, helping us define a unique look and feel for the technology.”

These approaches defined how the digital particles of a hologram content coalesce and transition. The voxel route displayed a “chunky physicality”, while the ‘digital sand’ possessed a certain fluidity and refinement. Further research was then carried out to determine movement and plasticity, ensuring the holographic content generated, formed and held in a way that “felt natural, yet alluded to a super-advanced technology”. After exploring each route in a fair amount of detail, and receiving feedback once again, it became clear that the voxel option was the preferred route. 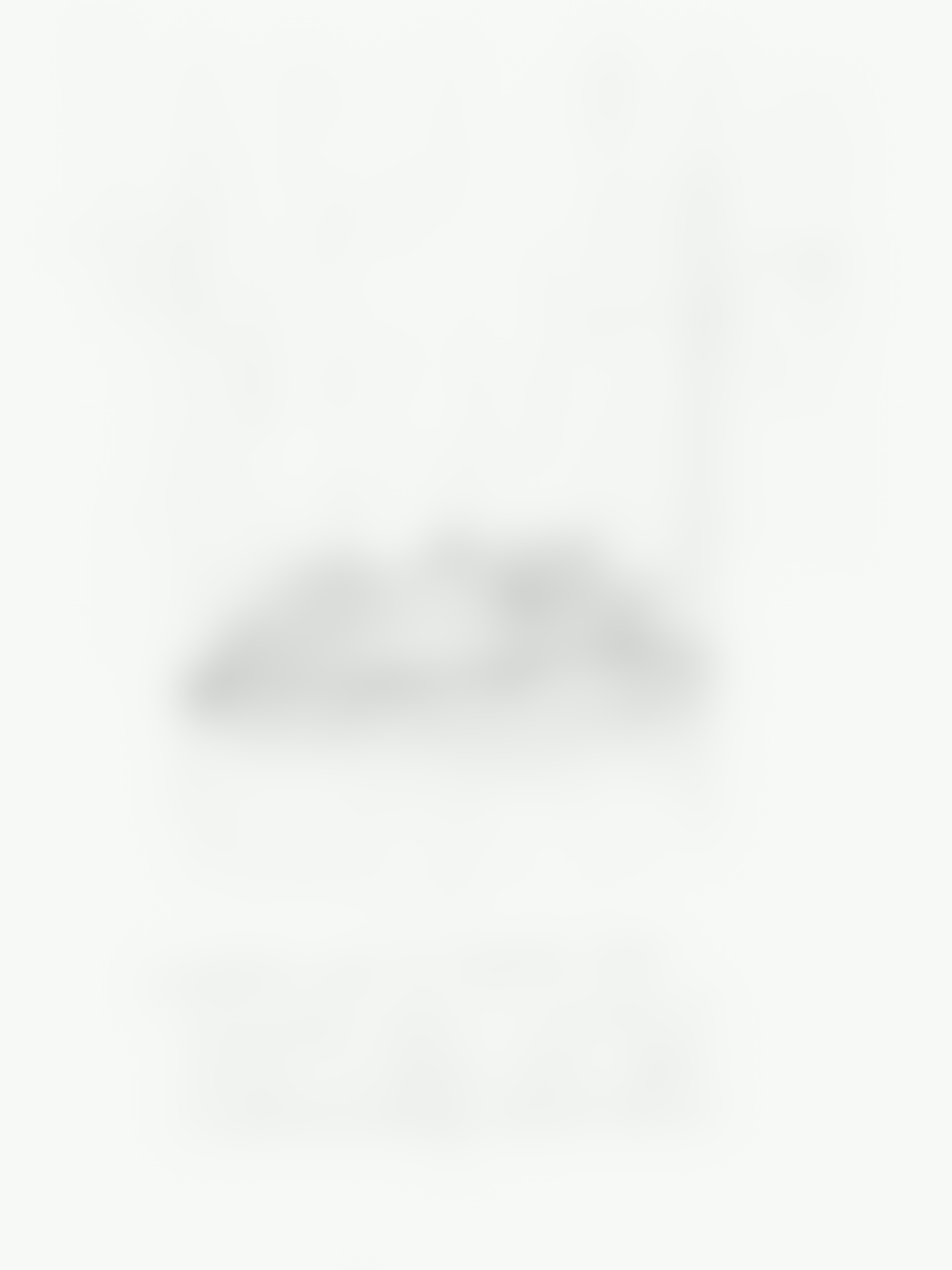 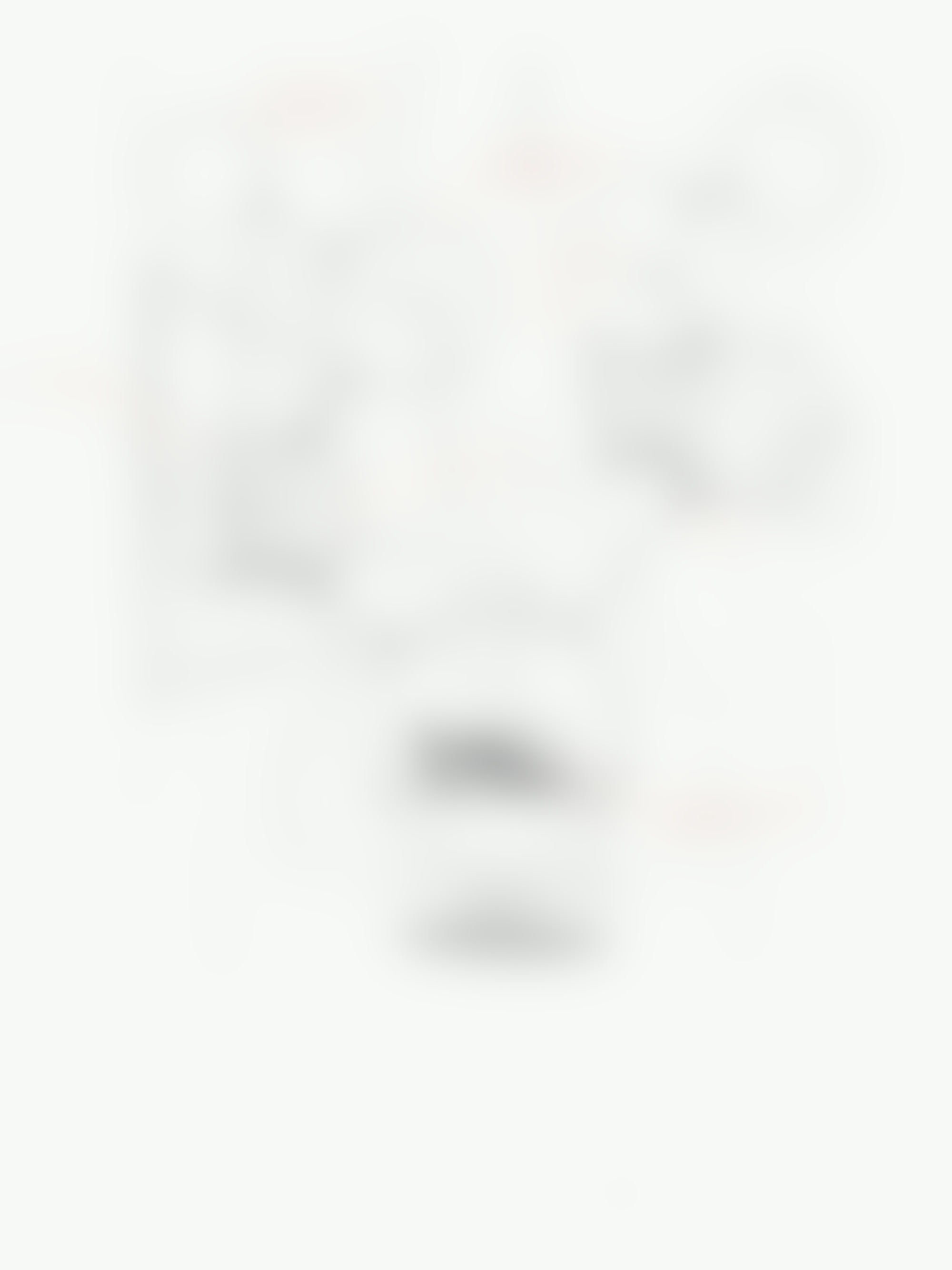 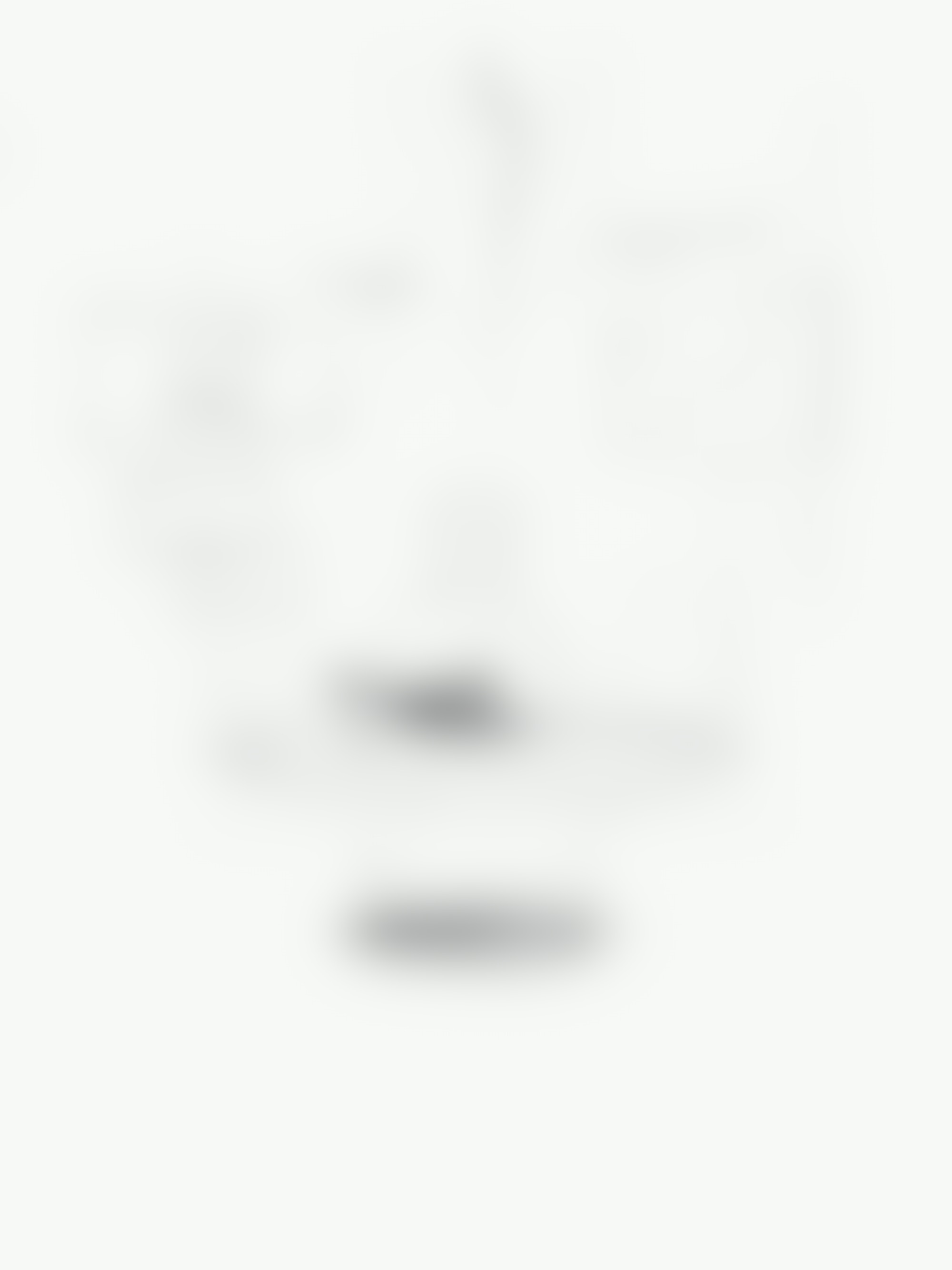 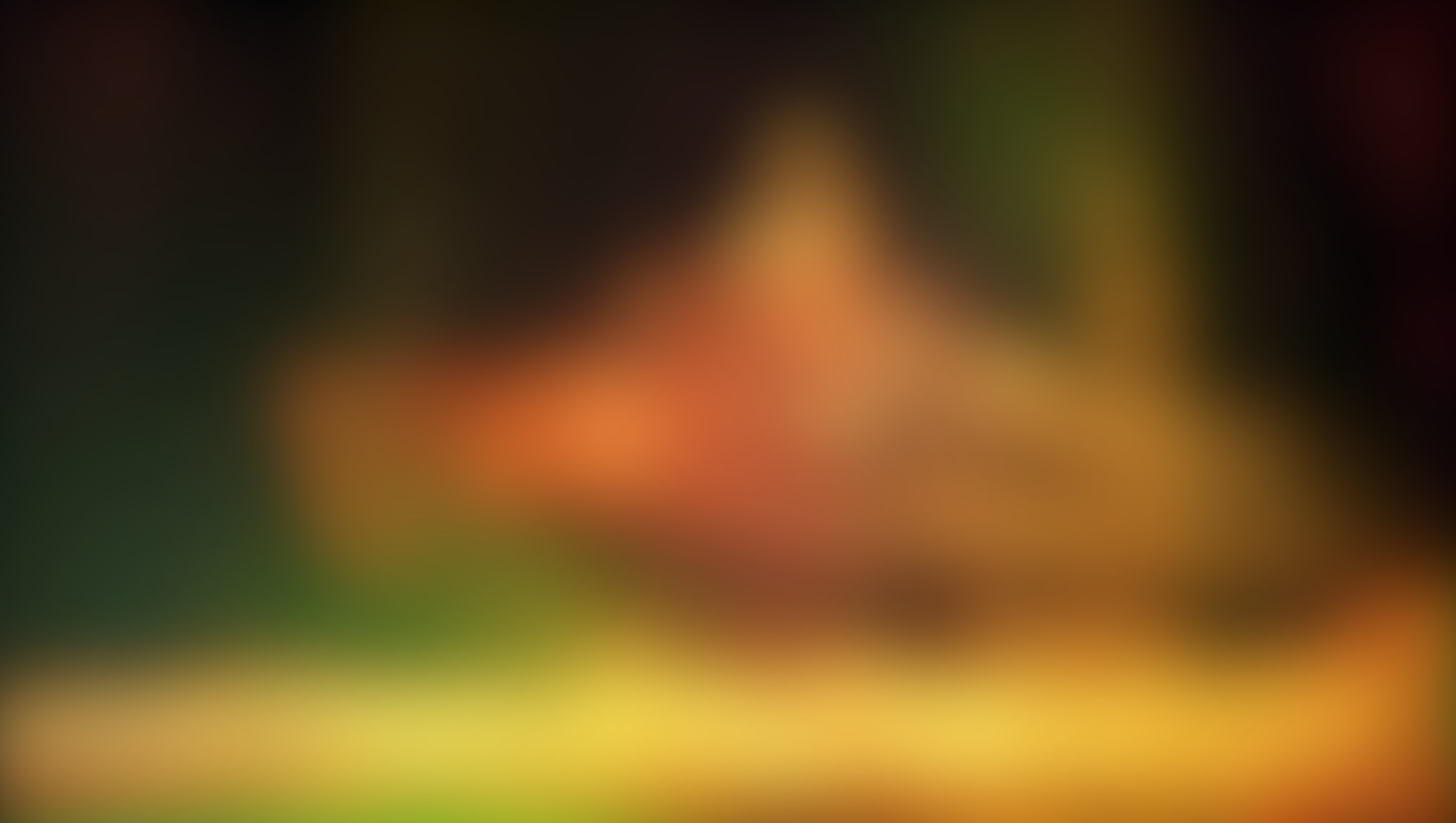 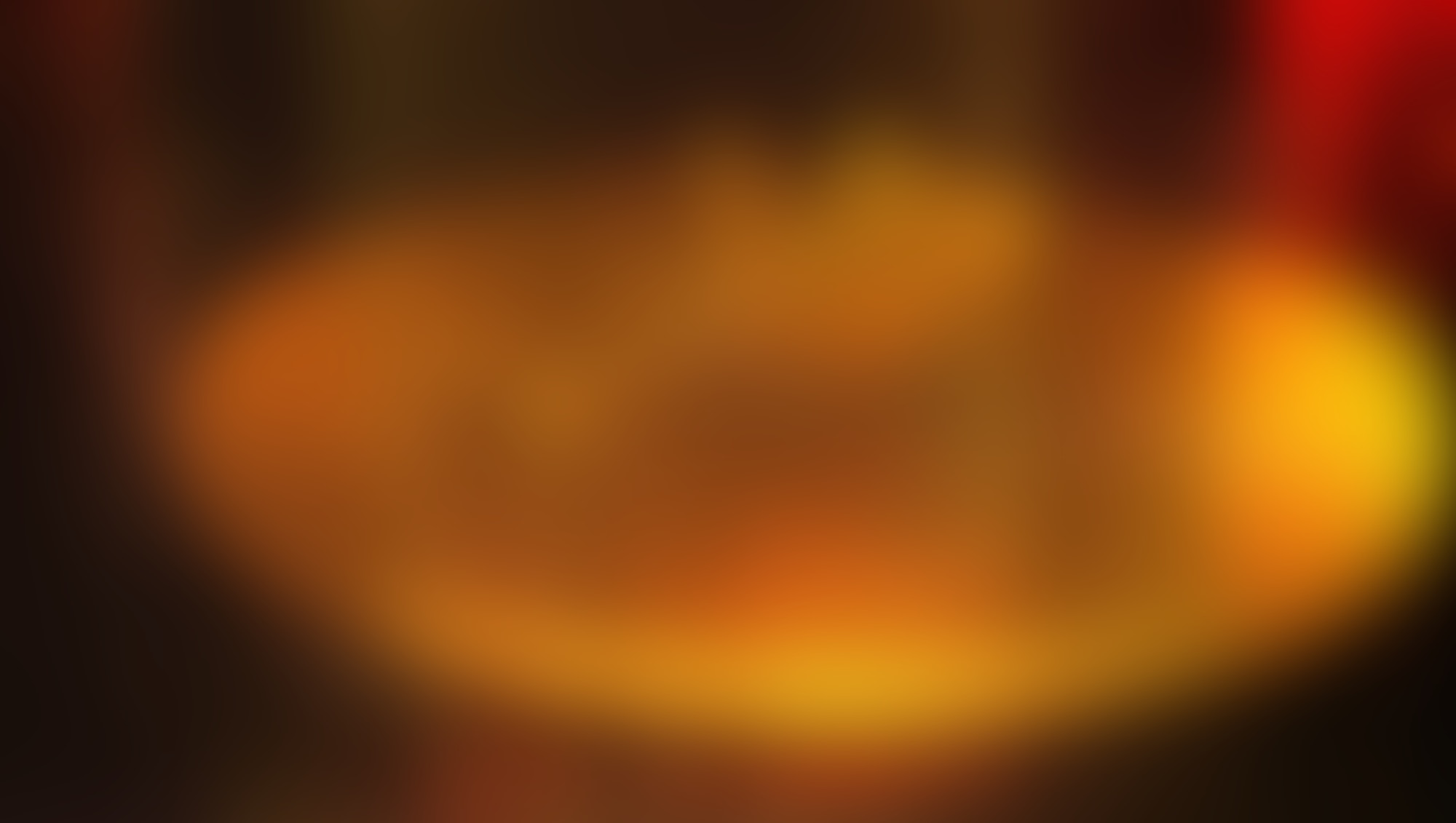 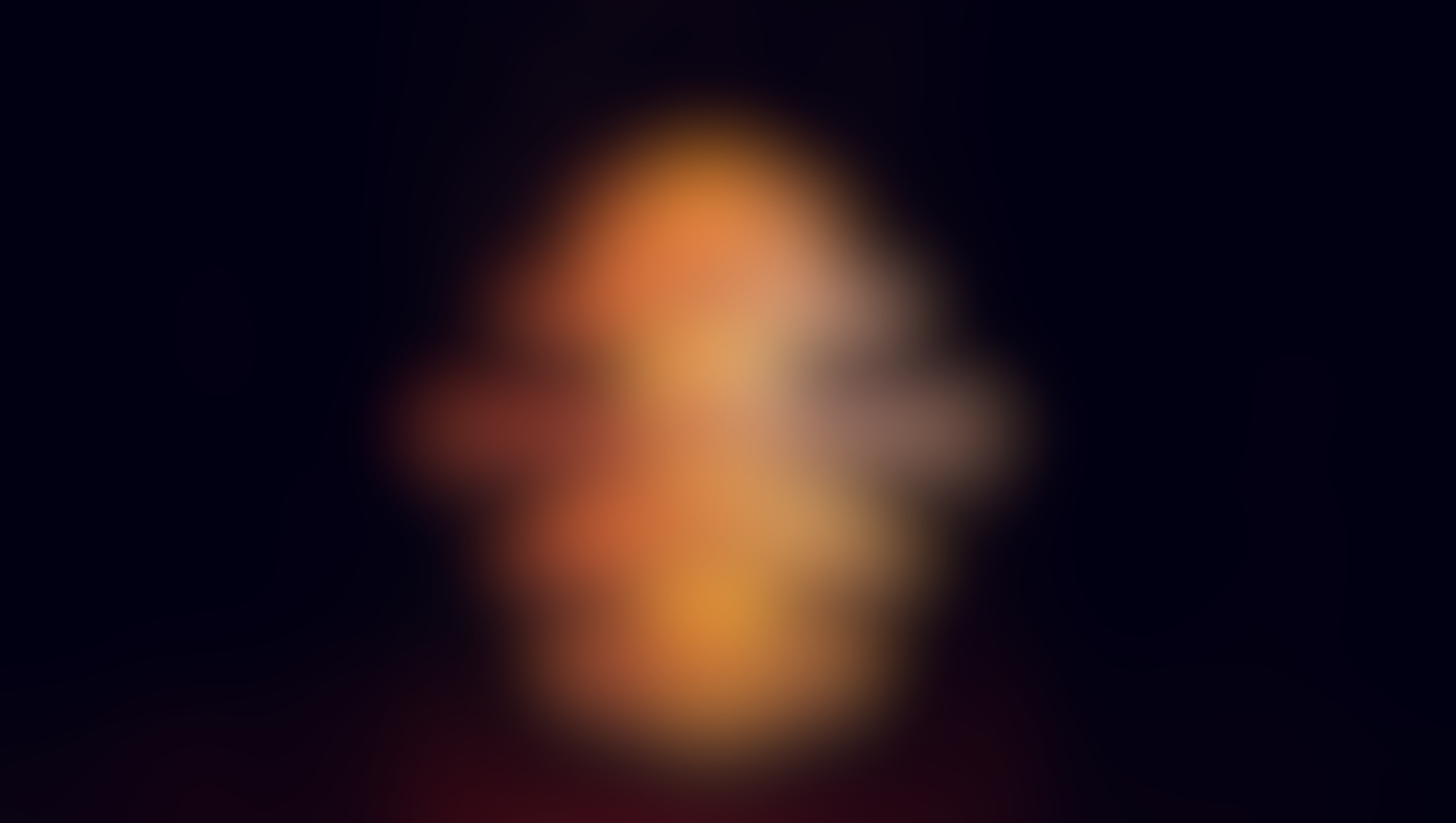 Tests for the ‘digital sand route’ 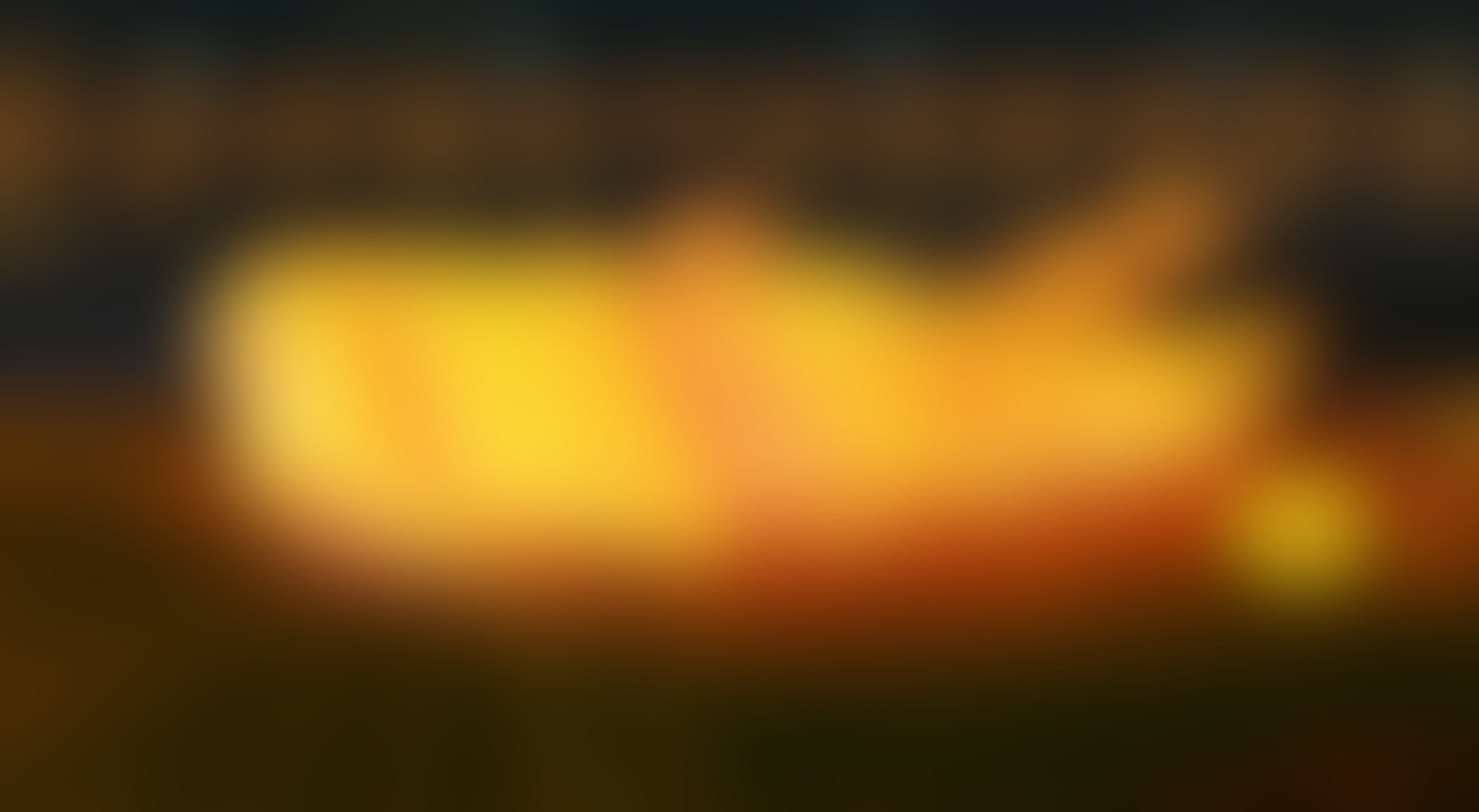 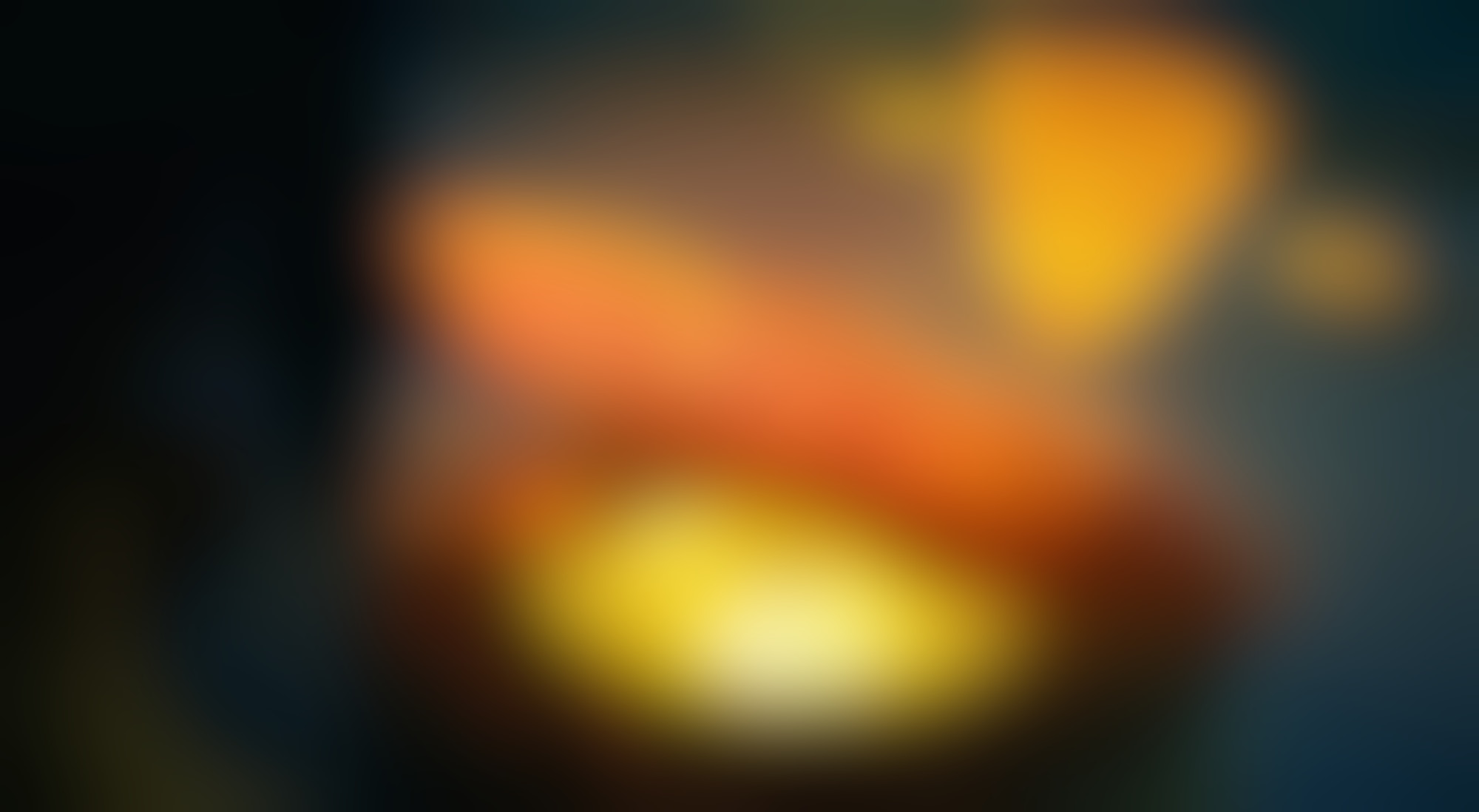 In terms of the way Andrew and Peter communicated with the client, their involvement with Guillaume ended when the technology concepts had all been delivered. At this point, they had been briefed to create 3D elements for the cityscape and street scenes, collaborating with acclaimed American VFX artist John Dykstra, whose impressive, Oscar-clad portfolio ranges from early Star Wars, Battlestar Galactica and Star Trek to Spider-Man, Django Unchained and X-Men. Similarly to the development of the technology elements, the team presented ideas back and forth according to feedback, working with John throughout the concepting process.

Once concepts and creative directions were confirmed, the team set to work on creating the assets themselves. For this part of the project, their choice of tools ranged from pencils and sketchbooks to Adobe Photoshop, Illustrator, all the way up to Cinema 4D, After Effects, Maya, Houdini, XParticles and Photogrammetry. The solograms were created with motion capture, using assets provided by MPC Film. All remaining assets were generated by the Territory team, including the logos, characters, language and text used within the film.

Logos, marks and fonts produced for the film 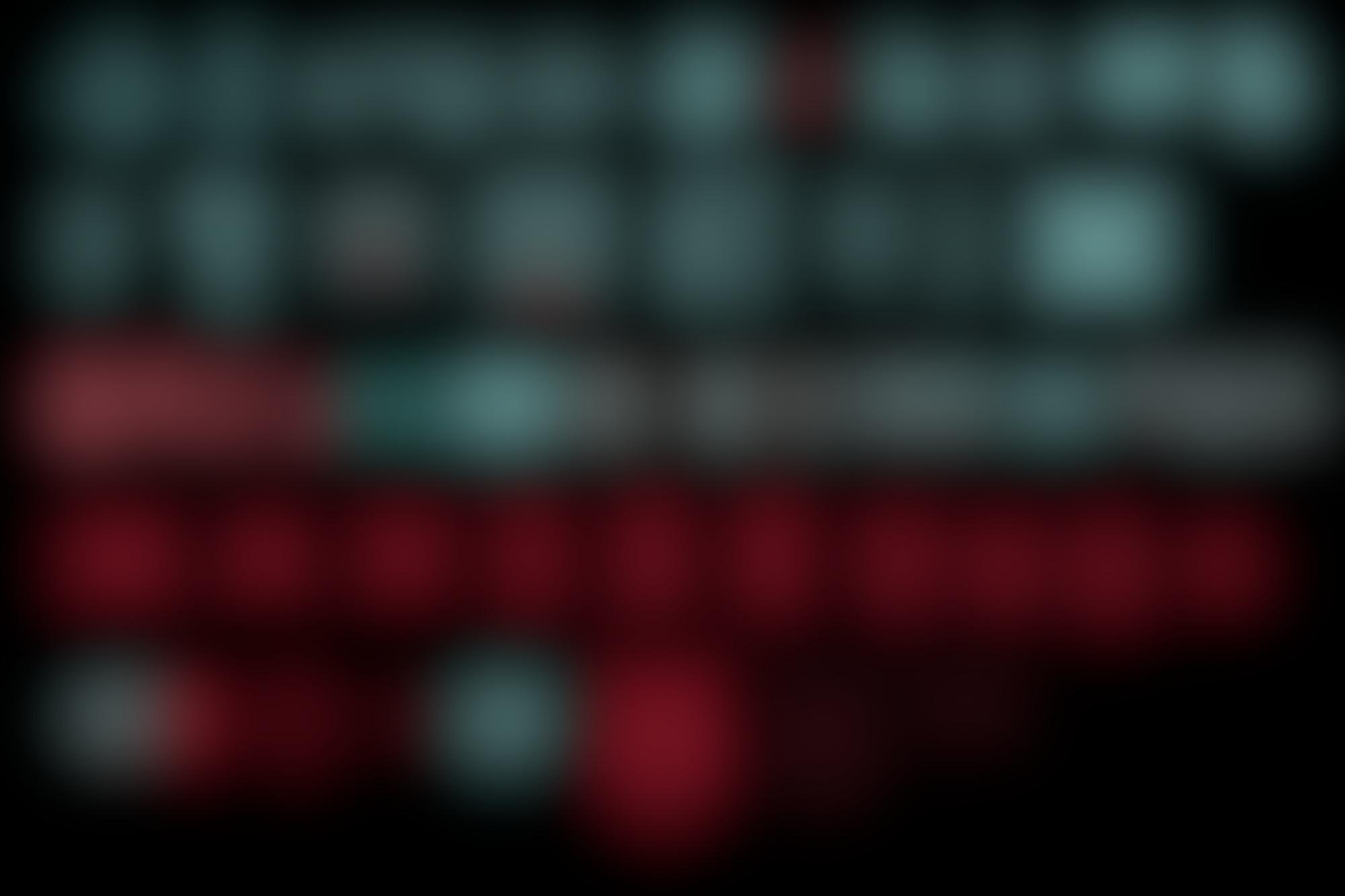 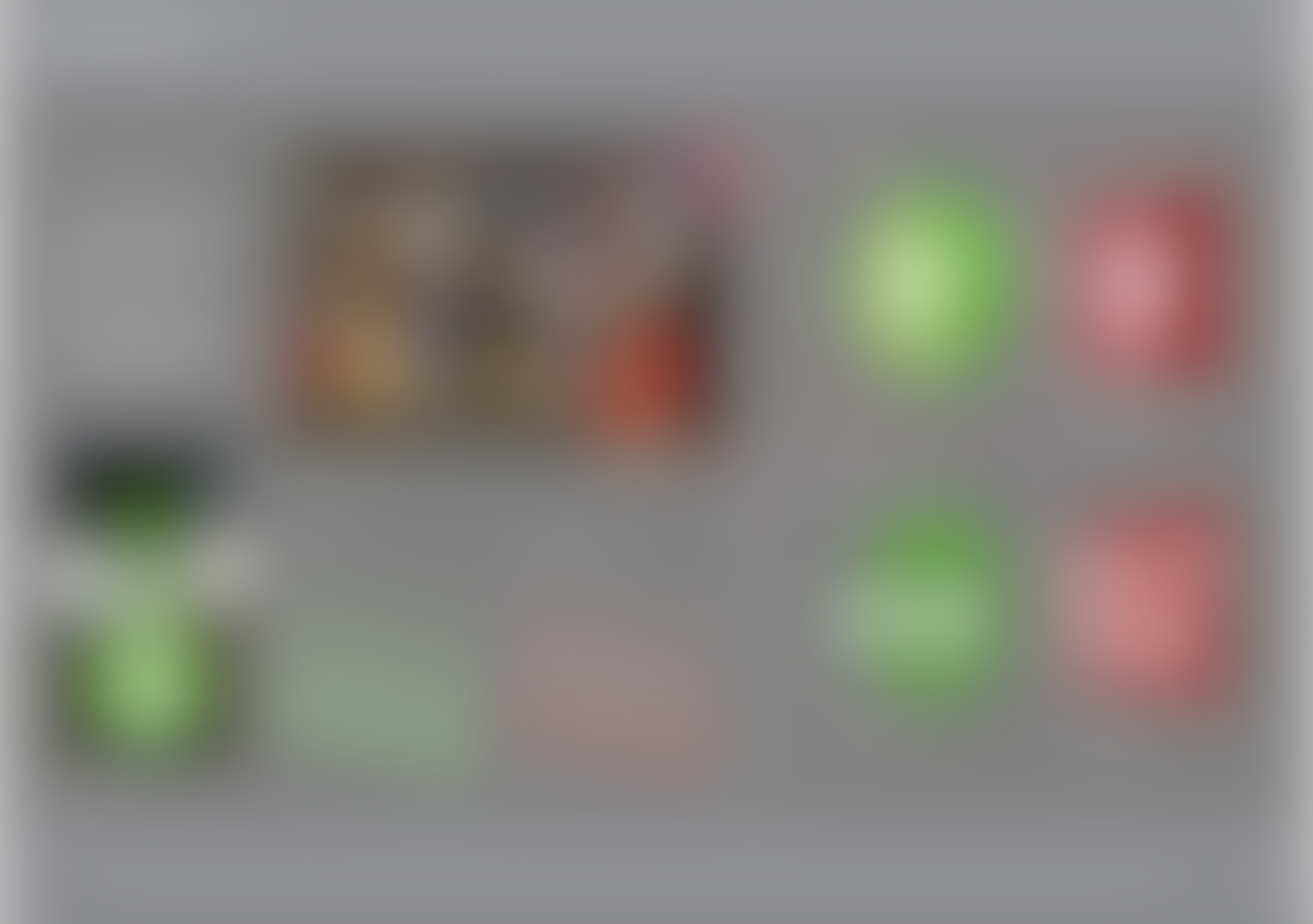 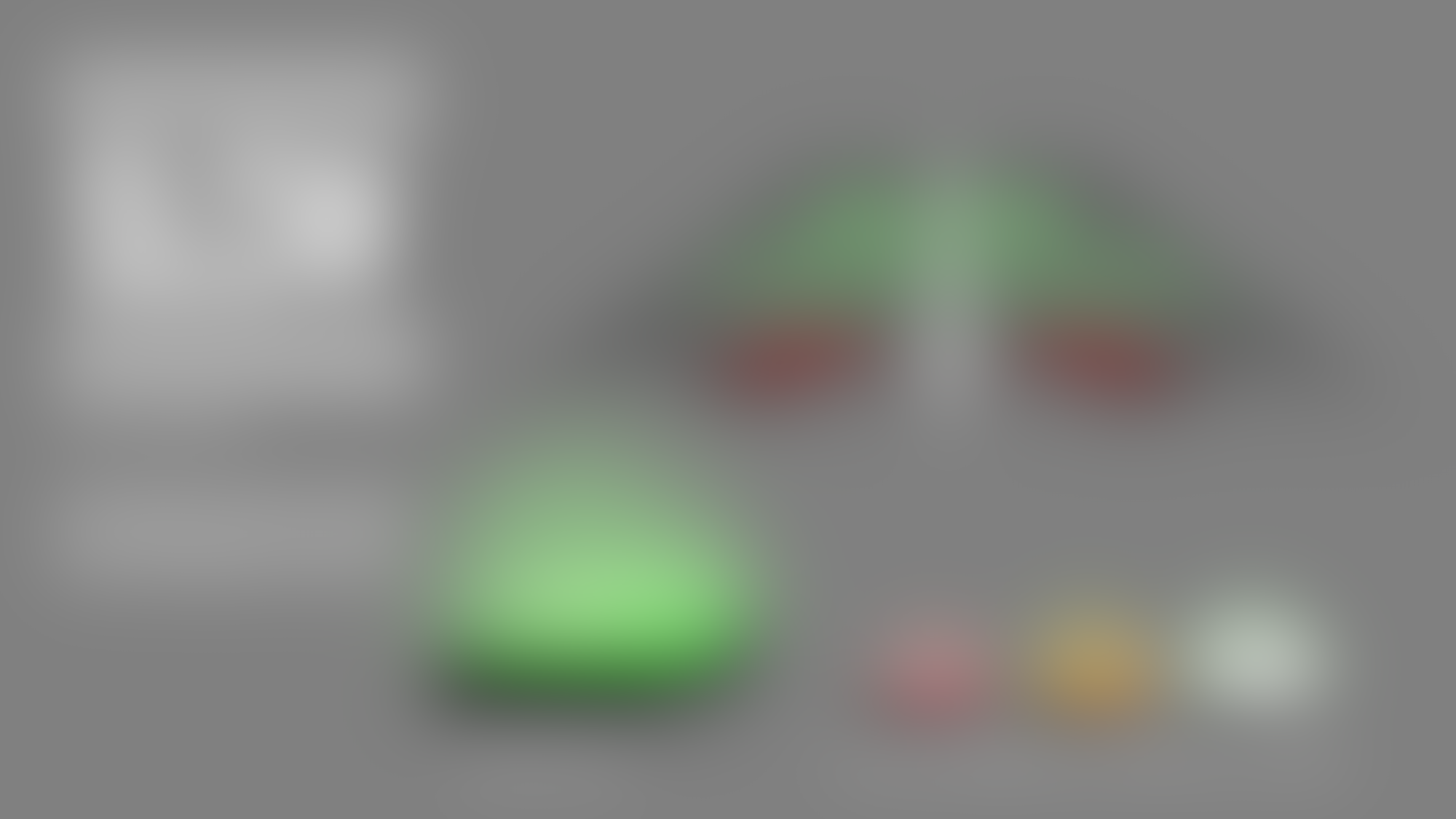 While the creative team’s communication with the client came in and out of focus, the producer on Territory’s side maintained the day-to-day contact. This allowed the creative team to concentrate on delivery. Creative director Andrew kept an overview of the aesthetic and guides the direction of the work, while creative lead Peter made sure everything happened – keeping things running smoothly between the team.

The studio’s size can grow depending on the scale and stage of a project, and this one was no different, as the team scaled up or down according to the demands of the task at hand. “All film projects come with their own set of challenges, which require us to be adaptable and ready to embrace new tools.” In this case, Peter and Andrew brought in a technical director. This set up a “bespoke pipeline that bridged our motion graphic design tools with VFX delivery”. Making this addition to the team, as well as creating an accompanying system, was in itself was a huge achievement and enabled Territory’s designers and visual effects artists to work with the creative tools of their choice, as they geared up for VFX delivery.

Concepts for the film's solograms

Example of a finished sologram

When their work was complete, Territory delivered over 200 final assets to lead VFX vendor for the project, MPC Film. Contributing to Ghost in the Shell had marked something of a turning point in the work Territory are known for: “We felt that the film was a huge success on many levels. As a motion graphic studio we’re well established for our screen graphic and UI work for on-set and post delivery. But this project really established our capabilities in concept VFX,” say Peter and Andrew. By the time the film hit the cinemas, its visuals had already attracted glowing reviews; Territory’s well-considered technology concepts and creative sat authentically within the narrative, action and world building, contributing to a futuristic world that felt believable.

All Ghost in the Shell images courtesy of Paramount Pictures and DreamWorks Pictures.

Trailer for Ghost in the Shell

Written by Roxannah Linklater
Creative Lives
Be open to career curveballs: VFX producer at Outpost, Fay Hancocks
In the Studio With

Blink: The production and talent powerhouse set in a converted tram shed
Creative Lives
“Being a generalist has always been my path”: We speak to Just So’s visual effects artist Melbourne Garber
In the Studio With

Invoices, contracts and following up: How to get paid on time as a freelancer
Creative Lives
From child maths genius to developer at motion-design studio Mainframe, meet Martin Vejdarski
Creative Lives
“Animation is about constantly expanding your skill set” CG supervisor Mark Davies on learning and leadership
COOKIES