For the past two years, London-based Joe Kibria has been working full-time as an art director for Apple at Media Arts Lab. With numerous personal projects under his belt and various works for Apple (that remain top-secret), Joe’s portfolio has grown into one that ranges from social content for Heineken and KFC, to projecting Donald Trump and Theresa May onto the Houses of Parliament with his personal client, Sam Conniff. Having previously worked on a freelance basis for clients like Penguin Random House, creative agency Southpaw and youth marketing agency Livity, Joe now plans to take the plunge back into freelance life. Here, we caught up with Joe to discuss what it’s like working for Apple, how he feels about returning as a freelancer and, most importantly, why he never take things too seriously. 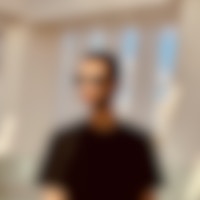 How would you describe what you do?
There are two main aspects to the role. One side is maintaining the client’s visual standards – the typography, photography, animation, design and making sure nothing slips, which some call ‘pixel-fucking’. The other side is more conceptual – so coming up with the ideas for campaigns or initiatives, and then figuring out how they’re going to work. It can be very varied, from small jobs like approving a layout to big content or TV productions.

As you can imagine, I can’t share a lot of detail, but I can say that the agency and client relationship is very tight. They’re old friends – Media Arts Lab [MAL] was set up by Lee Clow and Steve Jobs to service Apple, and they do it perfectly.

How did you land your current job?
Weirdly, I was freelancing at a little agency in Tunbridge Wells when I got an email from MAL’s HR department – I couldn’t believe my luck! I then met with one of the creative directors and then the executive creative director. With Apple being such a prestigious name, and MAL being such an under-the-radar agency, I was surprised (and relieved!) at how friendly and down-to-earth they both were – I had thought (and hoped) it was going to be more like a screening to join MI5.

What are the most and least enjoyable aspects of your job?
When we’re working on something, not even a whisper makes it out of the building for months and months, so it’s a lot of fun when the secret finally gets out. I think many people would agree that the best part of a creative job like this is seeing something you’ve worked on go out into the real world.

“When we’re working on something, not even a whisper makes it out of the building, so it’s a lot of fun when the secret finally gets out.”

What has been the most exciting project of the last twelve months?
I can’t mention any Apple work, so it’ll have to be my work for a personal client of mine – Sam Conniff aka Be More Pirate. Sam founded [specialist youth marketing agency] Livity, which is where I met him while freelancing. He released his first book early last year, and he came to me to help him design some social bits and pieces – somehow a few GIFs for Instagram turned into us vandalising Penguin’s office and projecting a huge image of Donald Trump and Theresa May onto the Houses of Parliament. It was a really interesting juxtaposition working on such a secretive client like Apple, to then working with Sam whose briefs were normally something along the lines of ‘make people on the bus going past shit themselves.’

What skills would you say are essential to your job?
Hawk-eyes – these are the money-makers and being able to spot a typo or a badly-kerned lower-case ‘rt’ from 100 metres away is really important. An eye for detail is a skill clients like Apple really value; it’s the details that customers don’t notice when they’re done right. But if they’re done wrong, it’s a disaster. It also requires a lot of patience. That skill is much harder to master, but I’m working on it.

“An eye for detail is a skill clients like Apple really value; it’s the details that customers don’t notice when they’re done right.”

Do you run any self-initiated or side projects alongside your job?
I try to do as much drawing as my iPad Pro battery will allow, making the odd print here and there, or maybe entering a design or illustration thing. I’m also trying to get better at (iPhone) photography – working with Apple has helped! It’s really important to have your own outlets, under your control and without any external stakeholders – 100% yours to own.

What tools do you use most for your work?
I work on Mac, talk on iPhone, listen to Apple Music in Apple AirPods and sit in Apple Bottom Jeans. Software-wise, I pretty much work exclusively in Photoshop and Keynote. I’m less a dab hand in Illustrator, and InDesign I still find completely baffling – but heck I can show you some of the finest Keynote slides on this here planet earth. I also don’t mind the classic pen and paper combo from time-to-time. 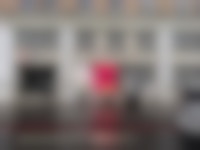 Joe and Sam vandalised the Penguin Random House office, flyposting a bus-sized advertisement over the front of its headquarters

What did you want to be growing up?
I wanted to be an archaeologist, pilot, architect and police officer – an eclectic trajectory. Then, during my time at Plymouth College of Art, it was graphic designer until I decided to do a BA in creative advertising at Bucks New University.

Did you study at degree level and if so, do you feel you need a formal education for what you do?
I have literally never shown anyone the bit of paper with my degree on. I’m not totally sure where it is. While what I do is definitely not academic, university did help a lot in preparing me creatively and getting me ready for what we define as ‘real life’ or 40-hour weeks in an office with 25 days accrued holiday per annum and a pre-negotiated pro-rata salary. I don’t believe that you need a formal qualification to work in the creative industry. I know some people that started in agency mailrooms, and simply ‘borrowed’ briefs from the creative directors they delivered mail to.

“I don’t believe that you need a formal qualification to work in the creative industry.”

After graduating, what were your initial jobs and steps?
I teamed up with a creative partner during my final year at Bucks, and I think we did well out of our own idiocy. We had such little regard for the formalities that we kind of stood out for our rebellious attitudes. We didn’t care if the ideas we presented were silly or outrageous, we did what we thought was fun and we did it as loudly as we could.

For example, we did a project called Audi Limitless about four lads live-streaming a road trip from the car. So we borrowed a neighbour’s Audi, piled two of our mates in the back, and live-streamed the pitch presentation back to our Live Studio Audience. That silly stunt won us a mentor at BBH for a year. We did placements afterwards at the now-network-swallowed LeanMeanFightingMachine (RIP), and We Are Social. After a while, we were offered a freelance role at the also-now-network-swallowed Fabric, working on social content for Heineken and KFC, which seemed to fit our recent-ex-student, adult-children mentalities perfectly. We were lucky because we didn’t take it all so seriously. 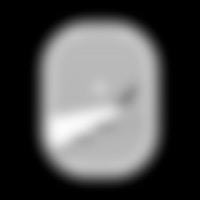 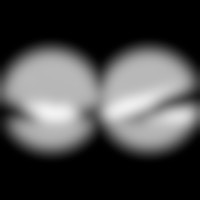 Would you say you ever experienced a lucky break? Or has there been a project that particularly helped your development?
Lucky ‘break’ leads me on perfectly to the first piece of work that got us some proper recognition. Whilst at JWT (then J. Walter Thompson, now, Wunderman Thompson), working on KitKat in the golden age of brands trying to be funny on the internet, we watched from our Ethernet-connected thrones a funny news story unfolding — hundreds of people all over the world were complaining that their brand new iPhone 6’s were bending.

With KitKat having only recently partnered on a huge campaign with Google’s Android phone platform, we thought this was a great opportunity to have a little fun. We concepted, designed and signed off a little gag about Bending and Breaking in about four hours, and overnight it became one of the most talked-about pieces of advertising of 2014, as well as the most-organically-retweeted brand ads of all time, at the time. It was since beaten by another KitKat tweet, and then Burger King. O, Internet.

What has your experience of freelancing been like?
I freelanced before I came to MAL and worked with a handful of different agencies over about a year. I went from place-to-place, working with different people, agencies and brands. Freelance is great in that it gives you control of your time and your money. And if you take a freelance job that you don’t like, there’s a date that it’s going to end, and you’re free to move onto something else.

What would you say are the biggest challenges associated with being freelance, and how do you deal with these?
The first, for me personally and a lot of others that I’ve spoken to, is managing anxiety. There can be weeks on end where your inbox is filled only with tumbleweed, then come Friday, at 2pm sharp, there’s eleven different recruiters sliding into your DMs – you’re on the front page of Campaign, and someone wants to pencil you in for Strictly. Everyone says it’s either a feast or famine, and it’s true. Stay calm, and feel blessed by the free time you have. The contracts will come!

The second-most important thing in the world besides your mental health, obviously, is money. As you’re in charge of your own money, it’s easy to get carried away with hundreds of tabs open on size.com. Do not fuck with the taxman, else you’ll find out what the ‘C’ in ‘HMRC’ really stands for. Paying your own tax can be intimidating as well as confusing, so pay someone friendly to do it for you. It doesn’t cost much, and can save you a whole lot of valuable peace of mind.

“Everyone says [freelance is] either a feast or famine, and it’s true.”

How important have you found social media and self-promotion in your work?
The World Wide Web is where a lot of recruiters will find you. It pains me to say, but LinkedIn is of course one of the best resources for finding work and ‘connecting’ with people. I always try to keep my portfolio up to date, tidy and concise, as well as delete drunk tweets and make sure the entire world and his wife and creative resource manager knows if I’m available for work or not.

Self-promotion can be a lot of fun too; make weird things and send them to people, and do stupid projects in your spare time. Self-promotion can be counted as work even if it doesn’t pay the bills just yet. Write an article, enter a competition, think of interesting ways to get your name out there, rather than the usual and lazy ‘For Sale. Scamp Pads. Never Used’.

What advice would you give to an emerging creative wanting to get into the same line of work?
Don’t try too hard, don’t take it so seriously. Do have fun and fuck up. 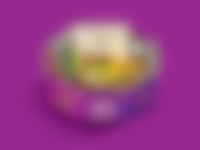 Thinking about getting into advertising? Apply for our next portfolio review session
In the Studio With

Meet Amplify, the London-based studio championing young creative talent
In the Studio With