A day in the life of AI personality designer, broadcaster and journalist, Georgia Lewis Anderson

How do you make a robot sound British? According to Georgia Lewis Anderson, the basics include: a little sarcasm, some weather chat and a remarkable ability to say one thing whilst meaning another. As a conversation designer (yes, you read that right), Georgia’s job to think about how to shape experimental interactions between humans and machines. With a background in journalism and broadcasting, the role came as a surprise to Georgia: “I didn’t realise I was interested in it to be honest, I just liked reading The New Scientist.” But after applying to a mysterious job ad in 2015, she ended up working on the British personality for Microsoft’s personal digital assistant Cortana. Here, she recounts the journey that led her to the world of AI, working for SBTV early on and how working at Google upped her spreadsheet game. 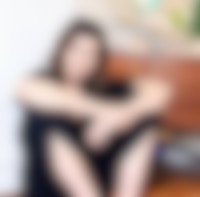 How would you describe what you do?
Currently I’m splitting my time between working as as a freelance conversation designer – shaping experimental interactions between humans and machines for a large technology company – and working on various journalism and broadcast projects.

At the moment that’s a Radio 4 documentary exploring the limits of AI’s creativity, hosting interviews and moderating a panel for the festival of AI and emerging technology CogX, a monthly tech show on Foundation FM. And also pitching lots of exciting things.

“It’s still an emerging field and there’s not a lot of people with experience in it.”

How did you find out you could be an AI personality designer?
I was looking for some freelance writing work and replied to a mysterious ad looking for a ‘pop culture writer’. After many a writing test I ended up working at Microsoft on the British temperament of Cortana. It was flexible, I could do it from home around my other jobs and suddenly I got really into robots!

It’s still an emerging field and there’s not a lot of people with experience in it. Later, I was headhunted to be a contractor at Google and work on a similar project there.

What makes a digital personality quintessentially British?
It’s lots of things that as British people we take for granted. Silly idioms, weather chat and a remarkable ability to say one thing whilst meaning another, and often whilst being very polite; a trait that never failed to baffle my international colleagues.

Plus spellings and sarcasm of course. The latter is not always the easiest to convince Americans of! I once did a presentation about how America and the UK were two countries divided by the same language.

The process varies, it’s sometimes very creative and other times logic-based almost like writing a conversation backwards. In the past, I’ve referred to Hofstede’s cultural theory; a scale that was developed by IBM after it transpired an Asian executive wouldn’t sign a contract with an American because he kept pouring his own tea. And a lot of books about British humour that I’ve found, and Twitter which can be a goldmine.

What does a typical working day look like and where does it happen?
It’s a blessing and sometimes curse that my working days are very varied since going freelance in January. Generally I do my conversation design work at home, but also could be in the co-working space at the Curtain if I have meetings on that side of town, The Wellcome Collection or The Camden Collective – which are an amazing organisation who give free workspace in vacant buildings to entrepreneurs. I try to sit down on Sundays and work out what days I’ll be where.

Working at Google for two years definitely gave me a new perspective on productivity and now my task list is on an emoji-filled, colour-coded spreadsheet (should I be admitting this?!) which I work through. I’ll often set forty-minute timers to focus on projects, and drink a lot of coffee and matcha tea while listening to classical concentration music.

As my schedule lets me take advantage of an off-peak gym membership, in the afternoon I’ll often pop to a class. On the flip side though, I’ll usually have one or two late evening calls per week with America until around 8 or 9pm.

“The nature of being freelance means I can feel like I need to be working all the time, and am never doing enough.”

How collaborative is your role?
It varies loads; I can be working totally on my own, or other times closely with engineers, writers or teams.

What are the most and least enjoyable aspects of your job?
I feel lucky that the role I’m in allows for flexibility, and gives me the time to volunteer on Fridays (at the Bubble Club; a nightclub for adults with learning difficulties).

I really do feel like we’re in the fourth industrial revolution with technology and the limits of what technology can achieve. And I’m excited about what my role might look like within that. So I’d say the possibility of not knowing what’s next is enjoyable to me.

On the other hand, the nature of being freelance means I can feel like I need to be working all the time, and am never doing enough. For example, I’ll often work on the weekends, although I don’t actually mind. I work with lots of very clever people too which keeps me on my toes and while I love the challenge, it can be intimidating at times.

What has been the most exciting project of the last twelve months?
...If I told you that I would have to kill you! But I’m excited for my Radio 4 documentary to come out in September.

What skills would you say are essential to your job?
An interest and basic understanding of AI and emerging technology is imperative. I didn’t realise I was interested in it to be honest, I just liked reading The New Scientist. For me, script

writing and interview experience really helped, which I guess is shaping a conversation with intent for it to go in a certain direction. Obviously robots can’t go in every direction yet though!

What do you like about working in London?
I grew up here, so I didn’t have the experience of moving to the big, bad city to make it. But I think the fact that so many amazing people and minds are hanging out a half-hour tube journey away will never cease to amaze. The opportunity for creative work is unparalleled and with that, an opportunity to learn.

“I didn’t realise I was interested in [AI] to be honest, I just liked reading The New Scientist.”

Are you currently working on any personal projects?
I’ve been doing a scriptwriting course in the evenings and improv classes just for fun. I also run a food blog, Sexy Aubergine, which I run with my best mate. It was born out of a frustration with the glossy and expensive wellness trend online, so we feature healthy meals we’d make for under a fiver, or out of stuff we’d pick up in the corner shop after a night out. I’ve also started recording chats with my mum about her crazy life which I hope to turn into a book and am working on a podcast too.

What tools do you use most for your work?
I use a lot of in-house apps and tools but others include Adobe Audition, Google drive, Trint (AI transcribing service) and Coconut (banking app). My Kindle’s important for downloading research books and my Medium subscription is important for research too.

Is there a resource that has particularly helped you?
This is potentially a lame answer but internet message boards in general – I’m always googling how to do something, what a term means, who else is doing what, or who I can email next about something. 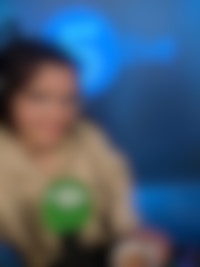 What did you want to be growing up?
Ballerina, TV presenter, Spy or Prime Minister...

How do you think your upbringing influenced your choice of career?
My mum worked late nights as a sound engineer and was often the only woman in the studio. She later worked in social housing and as a music teacher. And my dad works in computers. So I’m sure that influenced me in terms of gender roles, working in the creative industries, technology and ambition.

How useful have your studies been in your career?
I loved my course, but by the end of it I was working almost full-time for free. So sadly it was the loan that became the most important (although I did just manage a 2:1!).

I’m undecided as to if I would have got a job for big tech company without a degree to be honest. In some ways my course had some relevance and in others it didn’t. Although I imagine big tech companies have a policy regrading degrees for a lot of roles, I think it was my job history that landed my first tech job. Either way, I’d love to study more in the future.

“I decided to stay in London for uni so I could fund unpaid internships with my student loan, and start working as soon as possible.”

After graduating (or first starting out), what were your initial steps?
I decided to stay in London for uni so I could fund unpaid internships with my student loan, and start working as soon as possible.

I worked throughout my degree in paid and unpaid roles and during my last year got a position at YouTube channel SBTV which led to a freelance-ish position. Although I don’t think I realised I was freelance at the time!

It also allowed me to take advantage of government subsidised courses at The Roundhouse in the evenings, which helped me get my first jobs in the creative industry.

“I subscribe to the Malcom Gladwell way of thinking that luck is preparation and opportunity coming together.”

Would you say you ever experienced a lucky break?
I certainly subscribe to the Malcom Gladwell Outliers way of thinking that luck is preparation and opportunity coming together. Although being fortunate enough to live in London definitely helped.

The radio production course at The Roundhouse – which led to hearing about SBTV and my role there – led to meeting some of my closest friends and making online show The Fox Problem. Those were all certainly lucky paths.

Making The Fox Problem taught me a lot about creating something from scratch and managing a team. Also that random job advert on LinkedIn that got me into Microsoft which led to Google and my tech career was lucky too. And being headhunted by Google was a big one.

What would you like to do next?
I have a list as long as my arm, so it’s about narrowing it down! Exploring the effect of the tech revolution on our millennial brains is up there. And I’d like to do more writing, generally though I just aspire to have a laugh and learn new things.

Could you do this job forever?
As the job is changing quickly at the moment, potentially.

What advice would you give to an emerging creative wanting to get into the same line of work?
Keeping an open mind is imperative. Knowing your worth and not working for free for too long is really important, skin in the game is integral and proving that you’re up for it, but don’t let someone take advantage of that. You don’t ask you don’t get! Imagining roles that you can’t see yet probably comes in useful too.

Invite change into your career plans and don’t stop assessing what you want, and asking for it. Have the confidence to pretend you know what you’re doing at times! Be proactive. Actively seek out mentors who you trust and respect. That’s definitely something I wish I did earlier. Persistence is useful, too, and at the end of the day everything comes down to relationships, so be nice!