On Creative Lives this week, we chat to Chrystal Genesis, the London-based journalist, cultural programmer and creator of acclaimed Stance Podcast. We hear all about her career journey to date, from joining a media course despite being under-age, to her varied experience at the BBC as a producer in both the UK and the US. On top of this, we also gain brilliant insight into the podcasting process, with advice on how to hone your idea, edit a story and – most importantly – how to monetise your show. 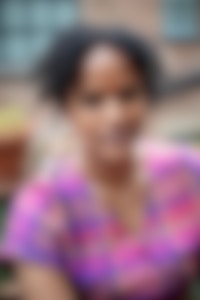 Growing up in Brixton, Chrystal was drawn to the world of media from a young age. As a child she knew every newsreader’s name by heart and devoured newspapers, teaching her how the same story could be packaged for different political bents. Skip forward a few years and after a City & Guilds qualification in media and a degree at LCC, Chrystal’s next step was to get some work experience.

An internship at the BBC soon turned into a freelance job working on Vanessa Feltz’s show and then she went to 6Music, assistant producing programmes for Steve Lamacq and Cerys Matthews, and later Radio 4’s Women’s Hour, PM, Today and Broadcasting House. While it was an incredible period of growth and learning, Chrystal also shares some of the frustrations she felt while working in a homogenous media landscape, as well as her thoughts on the value of expressing your opinions, ideas and perspective – rather than quietly fitting in. “People actually need you to speak up, especially if you’re the only Black person in the room, or if you’re the only person not from the south of England,” she says, while acknowledging how challenging that position can be, as well as the tiring nature of having to repeat the same thing again and again.

“You are unique, don’t copy someone else.”

After a stint as a producer in Washington DC in 2014, Chrystal had a baby and took the time to complete an MA. Through all of her experience, she had begun to identify a need for a new type of journalism that had more integrity – one that was solutions-based, didn’t assume knowledge and welcomed a much wider range of voices and perspective. Then in 2017 she launched Stance as a globally minded arts and culture podcast, which was quickly met with loyal listeners and critical acclaim. In 2018 it won Best Arts & Culture Show and Rising Star in the Mixcloud Online Radio Awards, as well as being recognised by the British Podcast Awards, The Observer, The Times and The Financial Times, to name a few.

In the three years since Chrystal moved into podcasting, it has become a much more populated space, especially as celebrities and traditional broadcasters move into this area. To make sure people from underrepresented backgrounds are empowered and equipped to do the same, Chrystal runs free workshops to help young people launch their own series – and this includes running monthly event Violet Nights at The Southbank Centre and at Tate as a Tate Exchange Associate. Through the episode, we hear invaluable advice for anyone wanting to make a podcast or get a side hustle off the ground, and how self-initiated projects can make all the difference to your journey. 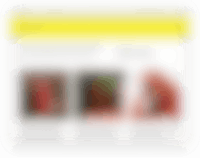 Creative Lives
BBC presenter and journalist Rakeem Omar on hard graft and never giving up on yourself
Creative Lives
Writer and events producer Stephanie Hartman: “I knew by second year I didn’t want to be an illustrator”
First Hand

Invoices, contracts and following up: How to get paid on time as a freelancer
Creative Lives Podcast
Set your standards high: We meet royal photographer Samir Hussein
Advice