On a par with Superbowl ads in the US, the release of the year’s Christmas commercials has become a hotly anticipated event (and unofficial competition) in the advertising and broadcasting calendars. With regular contenders including major retailers John Lewis and Sainsbury’s, no one was expecting a broadcaster to join the race. But in early December, BBC One released ‘The Supporting Act’, a lovable and emotive short film capturing “oneness” – BBC One’s theme of 2017.

Dreamt up by BBC One’s in-house creatives Amar Marwaha and Arvid Härnqvist, London-based animation production company Blinkink were brought on board to bring their vision to life. Directed by Elliot Dear, the film uses groundbreaking CG and stop-motion techniques. We spoke to Blinkink producer Benjamin Lole to find out how the whole thing came together.

In June 2017, Blinkink were approached by Amar Marwaha and Arvid Härnqvist, in-house creatives on the BBC Creative team lead by creative directors Aidan and Laurent (formerly at Adam&EveDDB and the minds behind ‘The Bear and the Hare’). Having come up with the concept for the film, Amar and Arvid were looking for suggestions for directors.

At that point they only had a script, which they had been developing since the beginning of the year. They’d written a great story, come up with a really good idea, and knew they wanted to make something that was British, unique and using animation. It was quite an open brief apart from that.

Christmas provides an opportunity to tell a story. These ads serve more as short films, and this one especially. Even though ads like this one will be a bit more complicated and take more energy to create, it doesn’t feel like more pressure – it’s extra motivation that you know so many people are going to see it.

As with most commercial projects, we then had to pitch against two or three other companies, to try and win the job. Because the script was so strong, we wanted to do everything we could to win. One of the first things we needed to decide on was the director. In this case we had discussed Elliot Dear, as we felt his experience with projects like the ‘The Bear and the Hare’ and O2’s ‘Make Them Giants’ (which we worked on together) was so relevant. The pitch was then geared around how Elliot wanted to treat the script and job.

As a producer, my priority is being involved creatively on a project. So on top of the standard parts of the job – like budgets, dealing with client relationships, hiring the crew and scheduling – I’ll also be part of the writing, development and technical problem-solving process. Along with the director, I’ll be one of the only people on the project from the beginning to the very end; making sure that everything runs on time, can be done and is affordable.

In animation, you can’t just show people references of other people’s work, especially if nobody has really done what you want to do. So we have to do tests, start pre-production, design characters, create concept art, and explain how the world will look and feel.

We started by developing the characters. For example, the character designer drew a design for Isla, the girl, with a big coat on. It was a nice detail, like she's bought a coat that’s too big so she’ll grow into it. 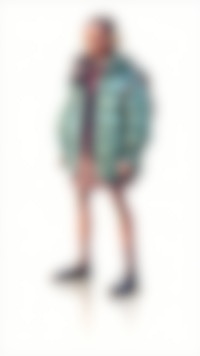 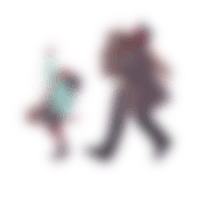 Concept art as part of the pitch stage

When we pitched the idea of using stop-motion to the BBC Creative team, they were initially concerned that it would look too handmade and lo-fi. Stop-motion animation is often shot with stills cameras, creating a staccato effect, as there is no motion blur on it, but we wanted to make it feel as smooth and real as possible. We did an early test with Andy Biddle – our feature-film level animator – including the motion blur, and it actually felt like we were filming a person with a mask on, he did such a good job with it.

We also wanted to try out an idea for a CG face to give it more personality and enable facial expressions. For this, we borrowed a puppet from [Manchester-based character design and puppet studio] Mackinnon and Saunders, and in a day or so, I got together a small crew. We talked with Rune Spaans [a Blink animation director base in Oslo], who has a lot of CG knowledge, who digitally built the face of a puppet to create an example test.

We were awarded the job in July, and until September we were in pre-production, which included all design and build. On something like a Christmas ad, normally you have about six or seven months for production, but with this one we had four months, so we had some limitations.

We first brought the BBC Creative team in to sit with some other directors to discuss the story, and we continued to develop the characters and script at the same time as working on the animatic (this phase will often involve rewriting). We revisited the design of the dad and decided to change his size and shape, to make it more of a surprise that he pulls out all the dance moves.

Then we needed to start the design and the story boarding. The animatic basically becomes the full film in 2D animation, and serves as a guide for the rest of the process – so everybody needs to agree on that before we get to a shoot.

“The animatic basically becomes the full film in 2D animation – so everybody needs to agree on that before we get to a shoot.”

In a production role it’s really important to communicate clearly and be nice to everybody, because it’s the best way of motivating people and building relationships. So the most important tools for my job are my phone and laptop with access to email, plus Excel and Google Docs.

Some animation mediums are a lot easier to manage than others, but with mixed media, it’s a bit like trying to control smoke. Things change rapidly and you need to try to be as agile as possible; it’s a lot of problem solving. When it comes to creating a schedule, once you’ve locked in a shoot date, it’s harder to change anything, as you’ll have booked a lot of people to be there on a certain day. 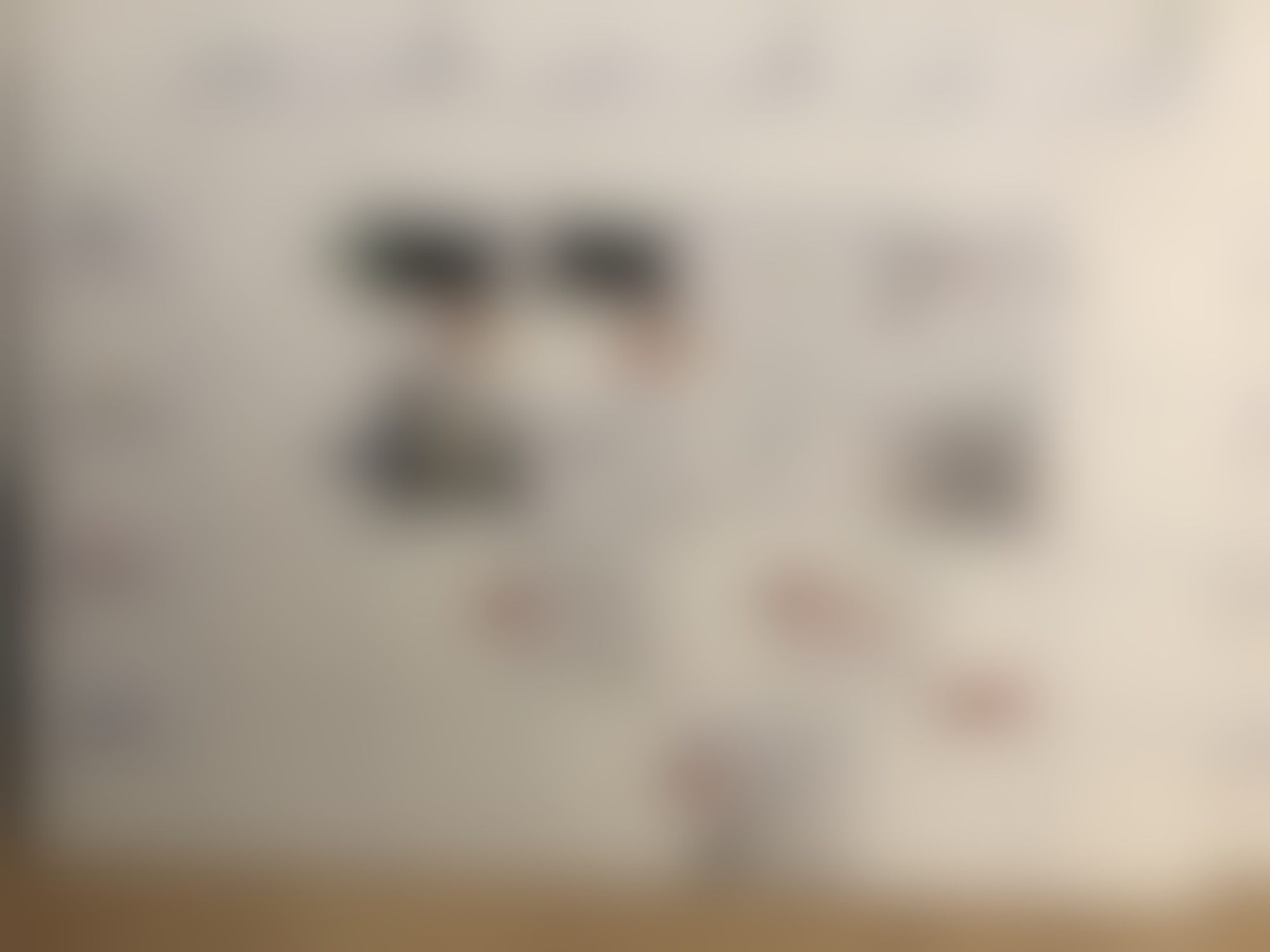 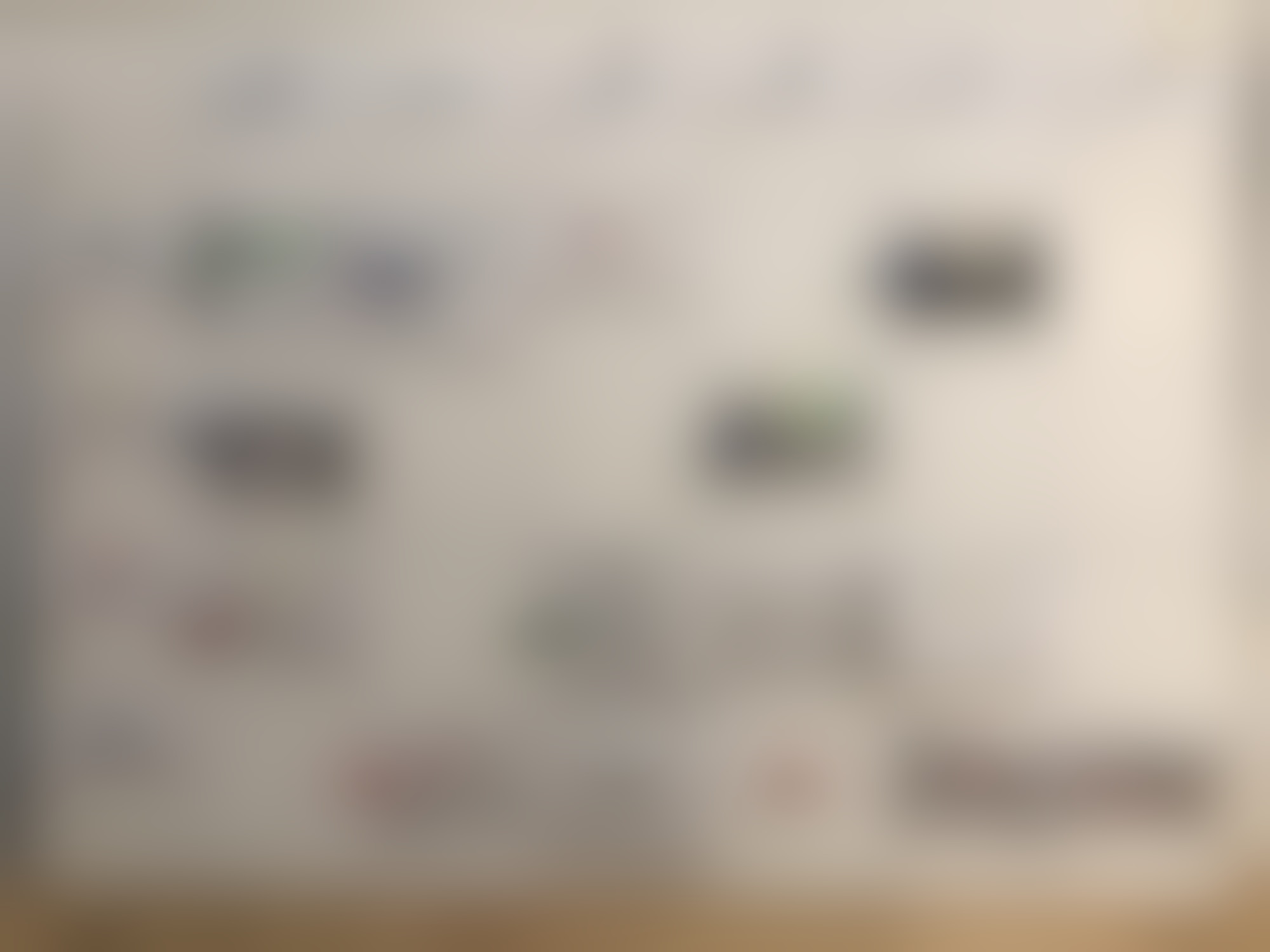 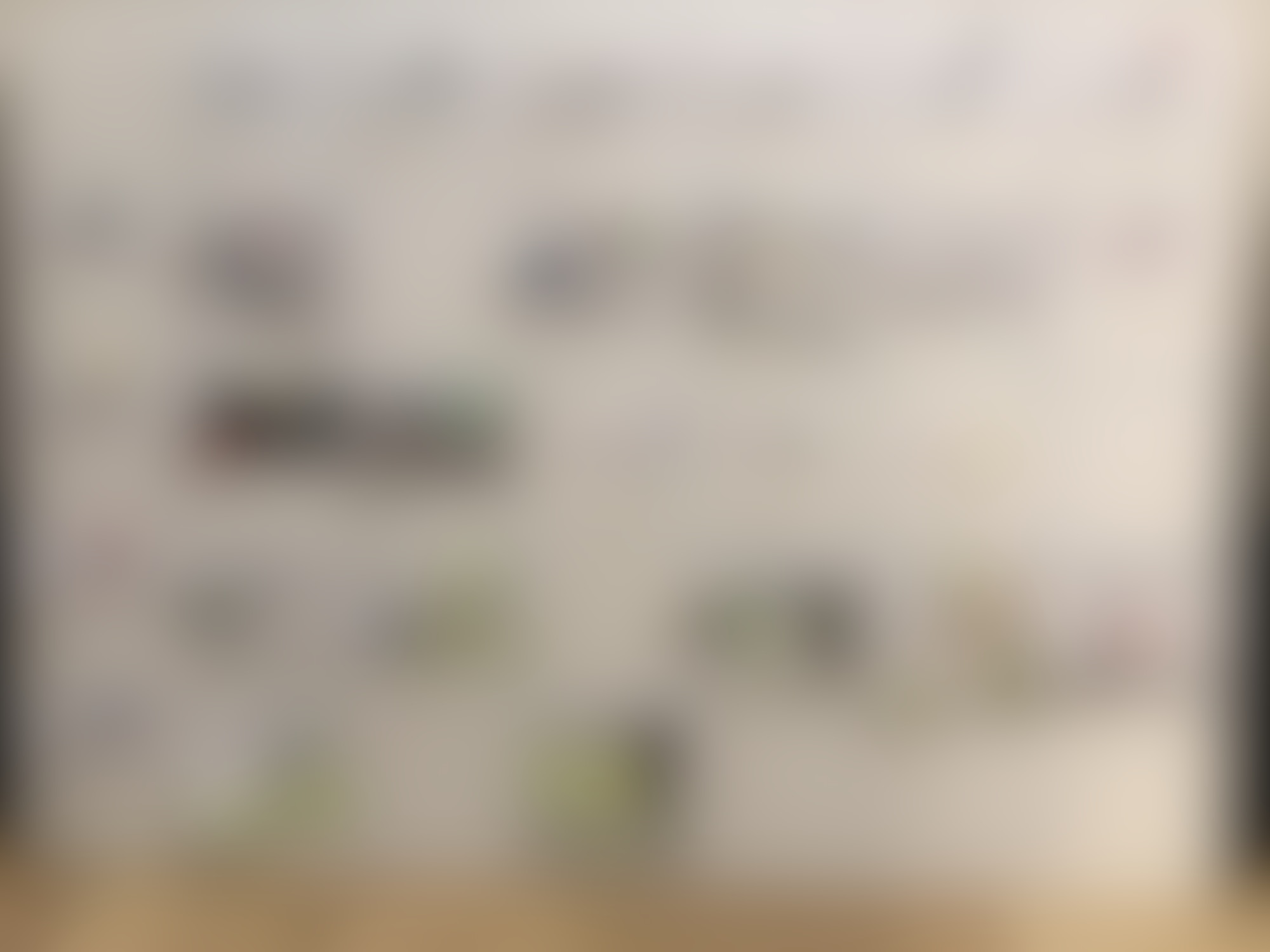 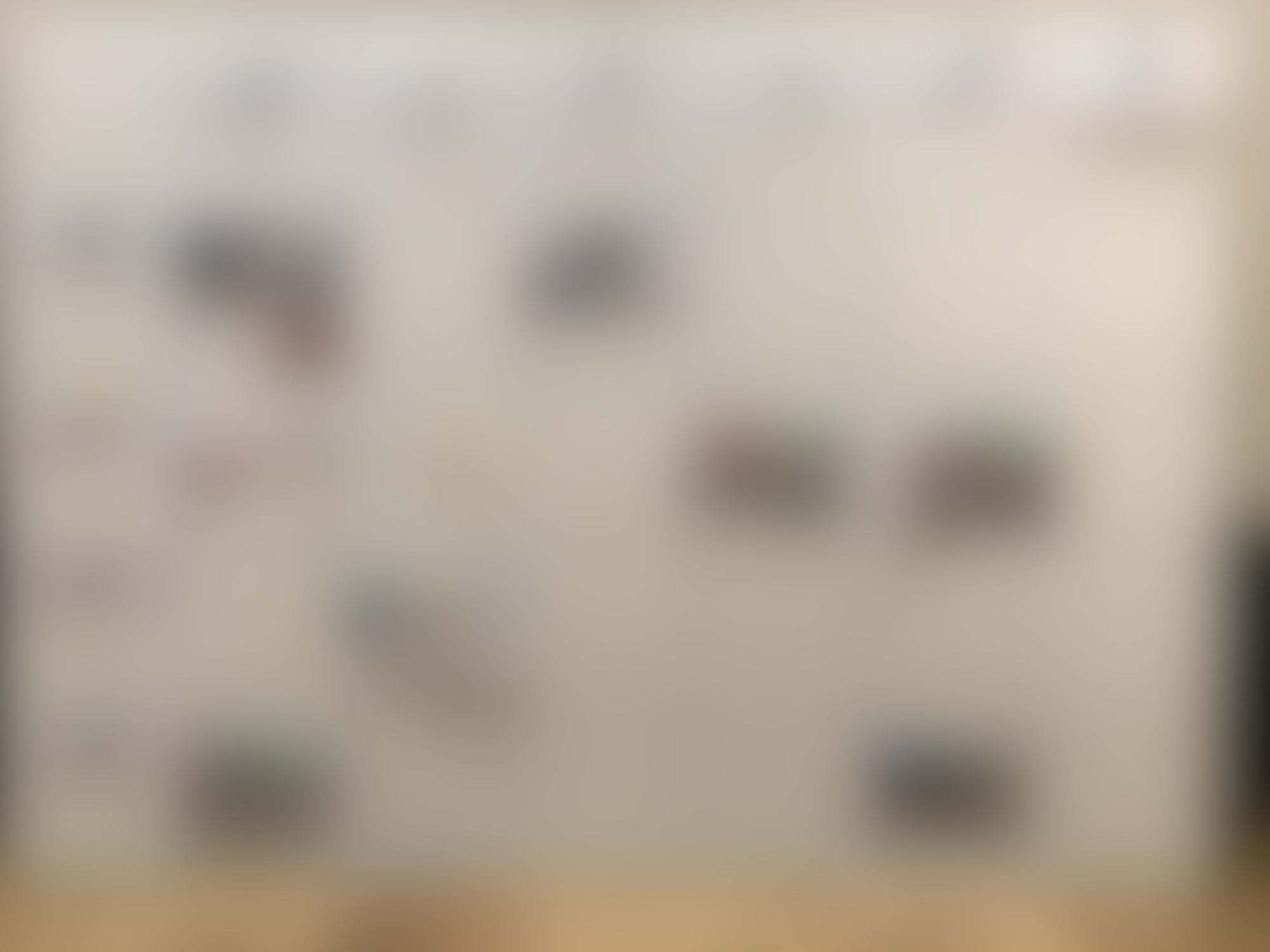 As part of the pitch, we were already talking to a potential team, so it was just about confirming people. The stop-motion animation community is quite a small one and everyone’s an expert in their field, so we get to work with people who we’ve got strong relationships with.

A fundamental part of my my job is to resource the director’s vision with the best people I can get, including designers and character designers. It was kind of easy with this one, because we brought back a lot of the people we worked with on the John Lewis ad, since it was a similar set build. I also had a production manager, Alex, on the job, who brought in additional connections.

I recommended Clockwork Frog, a Manchester-based set and prop making studio, for making the sets (they worked on a big Sainsbury’s commercial the year before). It made sense that both the set and puppet makers (Mackinnon and Saunders) were in Manchester, to make it easy to visit them together.

“The stop-motion animation community is quite a small one and everyone's an expert in their field.”

Once the puppets were built, we were able to start modelling and rigging them, and the shoots began in September, lasting four to five weeks. We first used choreographers and two dancers for movement reference, for the animators to make the dance work.

For the shoot, we hired the full space at Clapham Road Studios. Elizabeth and Matt – who we have a great relationship with – helped us with so many of our projects, and I really couldn’t have done what I have over the years without their help. Since stop-motion animation is so time consuming, we ended up over-running by a week and used a small set in a basement for filming the dancing scene in the kitchen.

While we were shooting, we started the CG work using a tracking process. Rune Spaans wasn’t able to do it all on his own in his house, so he worked from a post-production house called Storyline in Norway. When a shot was finished, we would send it them, and they would work on it as we shot the rest of the animation. They tracked the faces, helped with the animation, lighting and rendering, which all took around twelve weeks.

Choreography for the film was filmed with dancers, as a reference for the animators

CG work created by Rune Spaans and a team in Norway

CG work created by Rune Spaans and a team in Norway

With animation, at every key stage there are points of no return – as starting from scratch is never an option. This meant making sure we were as collaborative as possible to get feedback throughout the process.

We kept a very strong creative relationship with the BBC creatives, and creative sign-off sat with them. Then internally, they have their marketing department, and some approvals went all the way up the chain to Charlotte Moore, the BBC’s director of content. They also have their own internal music licensing company, so they took care of the track used on the film. 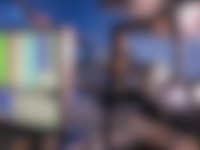 On set
The behind-the-scenes film

I can’t believe how well the final work has gone down. No-one was expecting this film, and it’s really resonated and made a huge impact – far beyond what I expected. I’m very, very proud of it. In terms of the animation quality, it was a massive achievement.

I think you learn a lot of the process, and there are all sorts of things I’d do differently to make the process smoother. But, as hard as it was, everybody did an amazing job. The film couldn’t have turned out any better!