Want to get into digital product design? Join our portfolio review with Zendesk

We’re joining forces with the team at Zendesk to bring you a special, product design-themed Portfolio Review on Thursday 17th February. So if you’re looking to find out more about the industry, and want some tips and feedback on your portfolio from the Zendesk team, apply below!

Are you interested in working in product design? Want to find out more about this world, and have your portfolio reviewed by product design specialists?

We’ve teamed up with Zendesk, for an event that does all of this, while introducing you to lots of likeminded creatives at a similar stage of their journey.

Who can apply?
To apply, we ask that you are a UK-based emerging creative, aged 18 or over.

You don’t need to already be working in product design, but you do have to want to get into this line of work. We also will accept applications from those with portfolios in areas including: UX/UI design, digital graphic design, UX writing.

About Zendesk
Zendesk is a service-first CRM [customer relationship management] company that builds support, sales and engagement software to foster better customer relationships. Its services are used by over 160,000 people, and it has offices in San Francisco, Montreal, Singapore, Melbourne, London, Copenhagen, Dublin, Tokyo, Krakow and beyond. Find out more here.

The session will take place over Zoom on Thursday 17th February, from 5pm to 8pm GMT. There are only a limited number of places available, so make sure you sign up to register your interest.

Lucijan Blagonic, senior product designer, Zendesk, Dublin
With over 15 years of experience, Lucijan made his way into industry without a formal education – freelancing as a UX designer before joining the team at Zendesk, where he now works on Zendesk’s design system, Garden. Alongside his role as senior product designer, he is also a speaker, open-source enthusiast and mentor, passionate about pushing the industry forward and making the Internet a better place.

Dovile Janule, product design manager, Zendesk, Copenhagen
Having joined the Zendesk team in 2015, Dovile started out as a product and UX/UI designer, before making her way to her current role as product design manager. Originally from Lithuania, she is now based in Denmark, where she’s been able to explore a wide spectrum of interests, from motion graphics and web design, to 3D and print design. Dovile has also been involved in initiatives that facilitate community in the design industry, from co-founding a UX-themed podcast, to co-organising a local UX/UI meet-up.

Rosarie O'Regan, lead product designer, Zendesk, Dublin
Rosarie has been working as a lead product designer at Zendesk in Dublin for over two years, focusing on designing analytics and reporting tools. Having worked as a UX designer since 2007, she also works as a tutor at Higher Diploma in Interaction Design course at Dublin City University (DCU), specialising in interaction design.

Kloe Cole, product designer, Zendesk, Dublin
Having earned a degree in Digital Media Design from the University of Limerick, Kloe originally started out as a front-end developer, but made the move into UX design in 2017, and has also experienced designing physical products in CAD and 3D printing. Joining the team at Zendesk in 2017, most recently she has been working on the company’s Voice product, after working on Clio Case management – which focuses on creating easy-to-use legal software. Outside of Zendesk, Kloe designs and develops apps for start-ups.

Daniel Moskal, senior product designer, Zendesk, Krakow
Based in Krakow, Daniel’s work at Zendesk sees him designing for a sales CRM that boosts productivity in sales teams. With ten years of experience as a UX designer, before joining Zendesk, Daniel worked as a senior product designer at Guidewire. Having previously worked as an English teacher before moving into design, he is passionate about educating and supporting others through workshops and collaboration. When he’s not designing or spending time with family, Daniel is a keen wildlife photographer.

This session is open to students, grads and those currently seeking creative work. Please note, you are only eligible to register if you:

Register your interest by midnight, 1st February via the link below.

Zendesk is a Creative Lives in Progress Company Partner. Every year, we partner with like-minded brands and agencies to support our initiative and keep Creative Lives a free resource for emerging creatives. If you’d like to know find out more about how you can work with us, email [email protected]

Want to network with Google Creative Lab and get feedback on your work? Apply for our portfolio review
Advice

Written by Creative Lives in Progress
In the Studio With

Don’t miss: Internships from Anyways and Wonderhood Studios, plus mentoring with Sony

Including opportunities from Anomaly, The One Club and School of Communication Arts
Guide 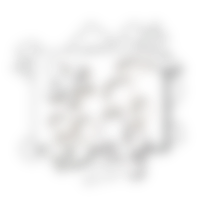 Celebrating the new and understanding the past, behind the scenes at Television Centre with dn&co
COOKIES