How much is your integrity worth? That is the question that Sherry Collins, editor of creative-industry publication Pitch, found herself asking when putting together her latest issue of the publication, right before she walked away from her main sponsor. While creating an edition entirely dedicated to celebrating Black talent in time for Black History Month (entitled Pitch Cool), she realised that the highest person of colour in the sponsor’s team and network was in middle management. Putting her mission of increasing inclusivity in the industry into practice, Sherry decided to make a stand and let go of the money. Instead, she began a crowdfunding campaign, and the result is an issue whose entire make-up embodies its purpose.

Becoming the first UK creative industry publication of its kind to feature all-Black creative talent, Pitch Cool champions creatives in advertising, filmmaking, animation and beyond, including Sherrie Silver, the choreographer behind Donald Glover’s This is America video. We talked to Sherry to find out more about her journey with this edition, and discover its featured talent. 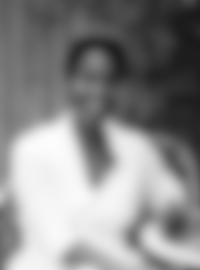 Can you tell us about the starting point and your motivation behind creating Pitch Cool?
I wanted to create a special Pitch issue to celebrate Black creative talent in the industry today. I’ve often been asked: “Where are the talent?” So, I wanted to show some off, and say: “We’re right here, creating.”

This edition was created through crowdfunding after letting go of a sponsor that didn’t match with your ethos. How tough a call was that?
Super-tough, but it had to be done. I hope that our #CrowdPitch campaign drew attention to the lack of real inclusivity in the creative industry today. But I also have a question: We had donations from lots of industry people who wanted to remain anonymous; why?

Pitch Cool’s accompanying slogan is: ‘When one door closes, we create another one,’ what does this mean to you?
The slogan, on our back cover, refers to many different stories, not only the talent featured inside the issue – this slogan represents the journey many people of colour face every day. We have to create new paths (where there are none), just to be given opportunities, so when one door closes…

Pitch is set on challenging inequality and the lack of diversity in the industry. How do you feel we can all be working towards implementing real change?
There are no shortcuts to making a company diverse and inclusive. I think that a company looking to make genuine change should start by looking at the way they hire staff. Every team should be included in the conversation about who should be hired to work with them. That way, when a new person of colour is hired, the team is confident they have the right person for the job, and the person of colour is confident that they were hired because they are the best candidate. We need to start with mutual respect, so one group of people won’t feel superior over another. 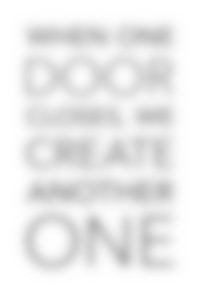 Meet some of the stars of Pitch Cool

As Pitch is printed in a limited run and distributed within industry, we wanted to share some of the creatives featured in its pages. You can find further information on all the featured talent at thepitchfanzine.com.

Sherrie Silver, choreographer
Sherrie is the creative force behind the This is America music video choreography. Born in Rwanda, she was brought up in London and is currently working with Childish Gambino as the choreographer for his tour. In her interview about her work with Pitch, she shares, “I take time to stop and reflect, is what I’m doing having a good effect?” 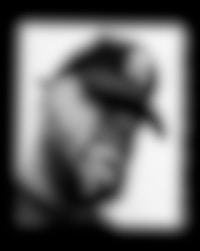 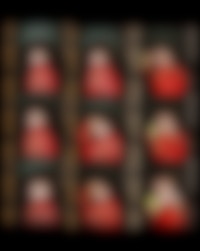 Filmawi Efrem, multidisciplinary artist
Based in east London, Filmawi has turned his hand to photography, creative direction and moving image. Signed with COMPULSORY, his portfolio boasts clients in advertising and music, such as Stormzy, Dizzee Rascal, Ray Blk, Chance The Rapper, Aminé and Jessie Reyez; plus brands such as Adidas, Puma, and Napapijri. Asked about his transition from photography into film, he shares that he wanted to “live in those frozen moments for longer,” making “music videos for friends and short films when I got to uni.”

A still from Corinne’s work for Dove

Corinne Ladeinde, animation director
After working as a lead compositor on projects such as The Snowman and We're going on a Bear Hunt! for Channel 4, London-based Corinne went solo as a director, and has since worked with clients such as Dove, Bach and Liz Earle. Asked about being a woman of colour in the industry, she said, “I have tended to be the only ethnic minority or female in a work environment... Things are changing. There’s still a way to go, though.”

Abraham Asefaw, co-founder of The Pop-Up Agency
Before the age of 30, Abraham had already founded two agencies. Now working with clients including Facebook, Adidas, Nissan and Sky, he runs The Pop-Up Agency, which exists in the space between traditional agencies, brand consultancies, customer insight specialists and business innovation partners. His advice to emerging creatives? “Be naive enough to believe in your own ideas and stubborn enough to see them through.”

“Be naive enough to believe in your own ideas and stubborn enough to see them through.” – Abraham Asefaw 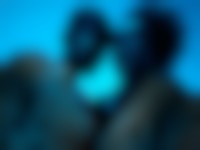 Derrick Kakembo, photographer and creative director
As well as building on visual work that includes film and photography across fashion and lifestyle, Derek is also the founder of platform Reform the Funk, which he created in 2016 after feeling frustrated with the misrepresentation of culture. “When I was getting started I tried to find people who thought like me... It’s important to see people who remind you of you,” he says.

Eloise King, director, creative and executive producer
Signed to Prettybird UK as a creative and director, Eloise focuses on marginalised voices in mainstream and popular culture. Previously a global executive producer at VICE, she directed titles including Gurls Talk with Adwoa Aboah for i-D and Divorce Clinic (BBC). Eloise is also the founder of Women on Docs, a screening collective that celebrates the contribution of women to documentary film. “There’s a lot of untapped energy and suppressed talent coming into its own,” she shares. “It’s still challenging, but as a creative, I’m optimistic about what can be forged through this momentum for change.”

Stills from Wilson by John Ogunmuyiwa, 2018

John Ogunmuyiwa
Working at Havas in London by day, contributing to campaigns for clients including Heathrow, Durex and Ballantine’s, John Obunmuyiwa is also a photographer and director in his own time – with first short Wilson was recently picked up by Channel 4’s Random Acts series. “I like the diversity of working in advertising, you can easily jump between things. From the research process to seeing the final product, every stage is different which keeps every day interesting,” he shares.

Sherina Florence
Described as having a career path as diverse as her portfolio, Florence was previously based in Los Angeles with Ogilvy, then in New York City with Tribal DDB, before joining Apple in London. Asked her advice for young black creatives, she says, “I was once told ‘Be excellent first and black second.’ The truth is that you should always be your best self. People don’t always remember good work, but they’ll always remember how you made them feel.”

A film by Savanah Leaf, cinematography by Joel Honeywell, 2018

Joel Honeywell, DOP
London-based DOP Joel admits that getting his start in the industry wasn’t an easy ride. “It’s difficult to break into the camera department, it’s a closed club – either you know someone or you’re incredibly lucky.” Having worked his way up for the past eight years, since 2017 he’s been working as a fully fledged cinematographer, represented in both the UK and the USA by WPA.

A guide to creating your portfolio website
In the Studio With

Finding your way in advertising without a degree: Anthea Agyekum on what she’s learnt

Written by Anthea Agyekum
Creative Lives Podcast
From intern to agency co-founder in under a year: Meet Shannie Mears
Parts of the Process