Posted 16 May 2017
Interview by Marianne Hanoun

Oliver Tyrrell started out as a senior designer at Studio Makgill in 2008. Nine years later, he’s now design director at the Brighton-based studio, but admits he still doesn’t know what he wants to be when he grows up. For Oliver, working in an ever-changing industry means having to embrace an increasingly digital design landscape, something he’s seen change radically over the years. We caught up with him to talk about blurry life-work boundaries, self-belief and self-education.

How would you describe your job?
As design director my role is to support the creative director in pushing the creative output of the business. We are a small team with many projects running through the studio at a time. It is important that we maintain the same level of quality that our clients have come to expect across even the smallest of projects.

What does a typical working day look like?
Our day is 9 till 6 but we do often work to tight deadlines and it’s not uncommon to work beyond our usual working hours. More often than not it’s because we want to go above and beyond for a client. We are all perfectionists at heart.

One of the joys of living and working in Brighton is the daily commute, if you could call it that. From door-to-door it’s around 15 minutes, (30 if I decide to grab a coffee and take a slight detour along the beachfront.) I’m more of a morning person so I’d much rather get in early than stay late. Emails and phone calls can be a major distraction throughout the day so those precious moments before the doors officially open can sometimes be the most productive.

“It’s sometimes good to remember that we are just designers. No one’s going to die if we get it wrong.”

How did you land your current job?
Studio Makgill was the last in line of a series of internships I did in London and Brighton.

Where does the majority of your work take place?
The majority of my time is spent in front of a screen. Client meetings, art direction on site and the occasional press pass offer some respite, but there is no getting away from the fact that the computer calls the shots. 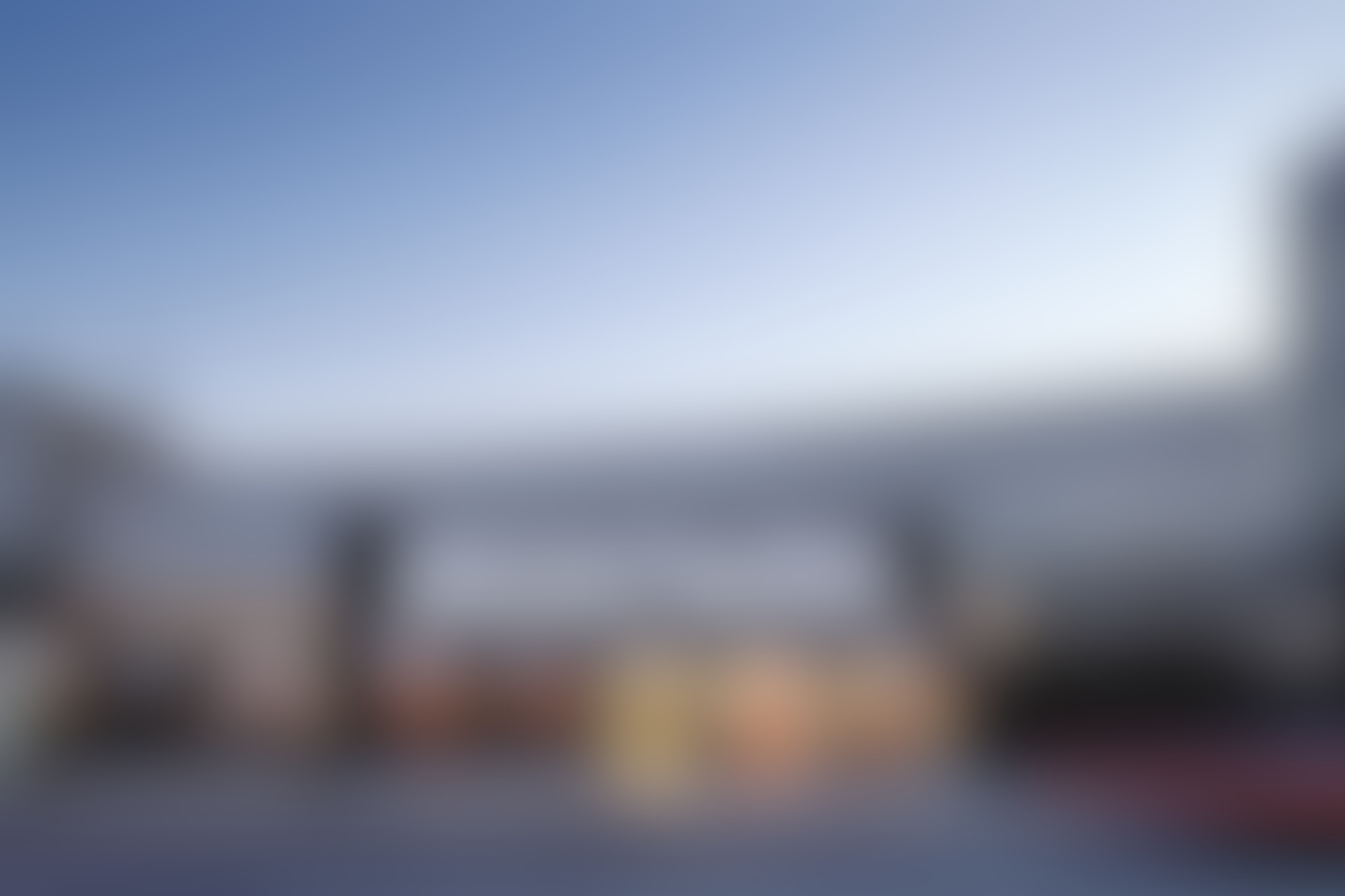 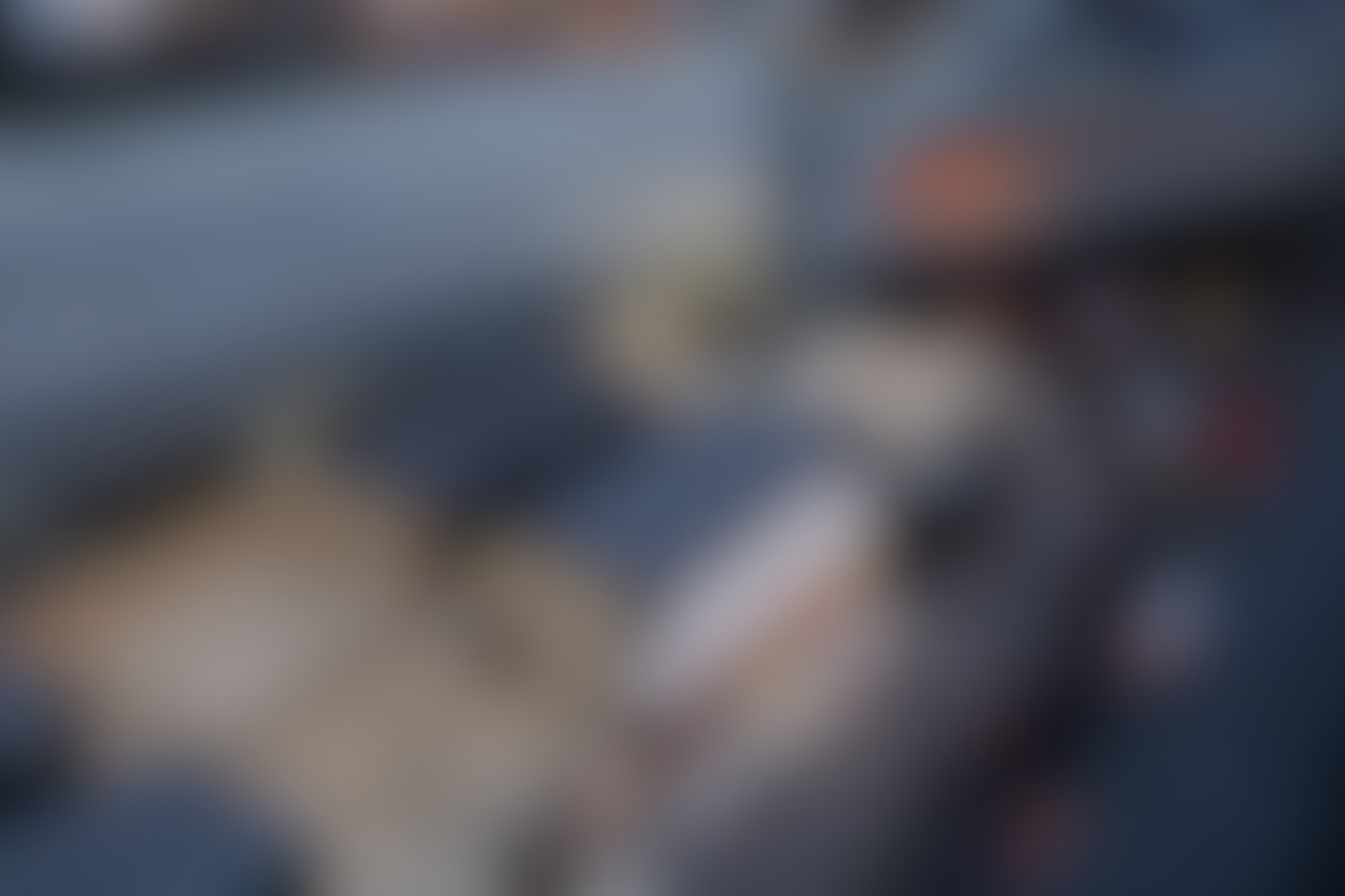 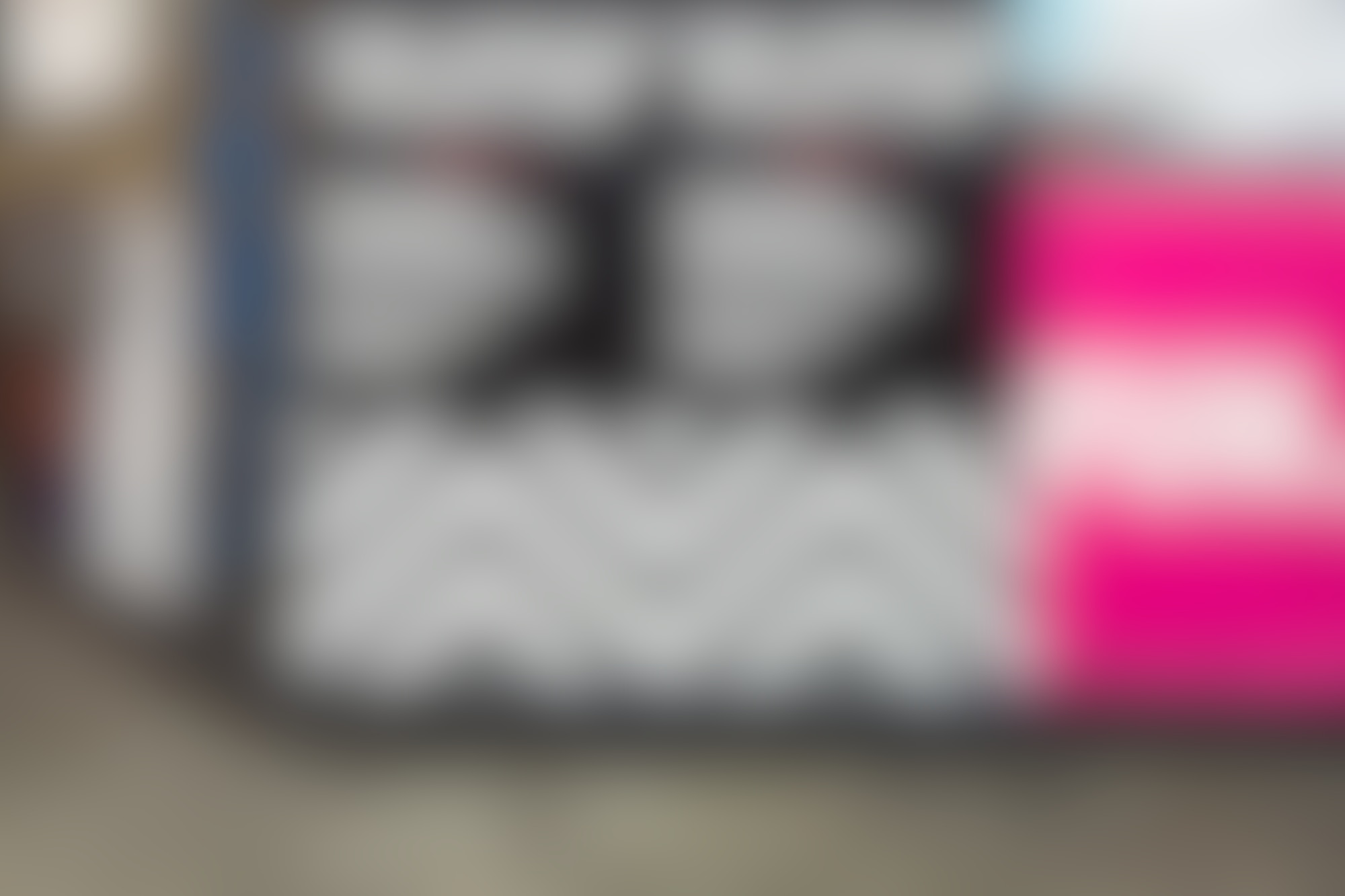 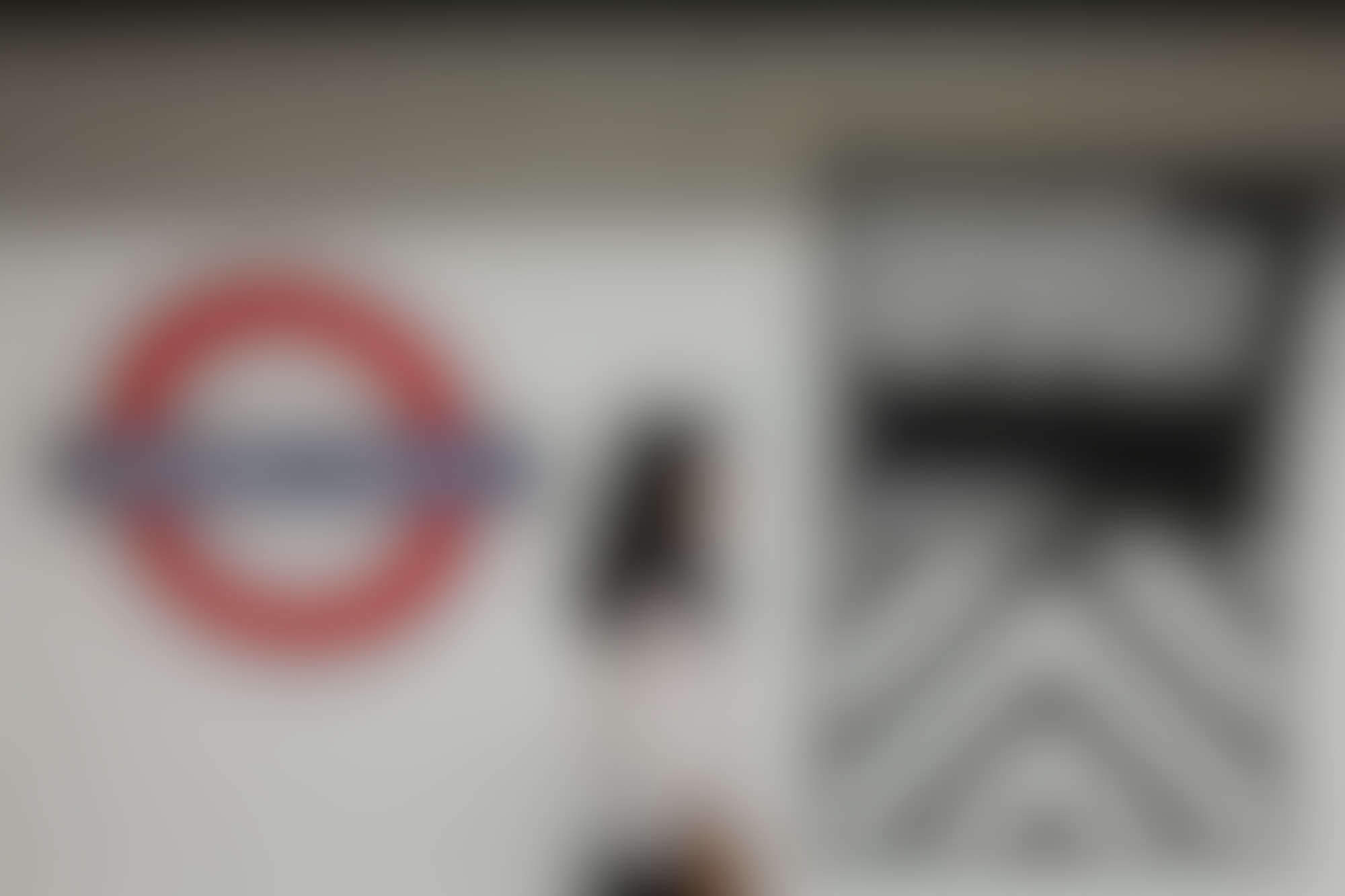 How collaborative is your role?
A lot of our work involves print or the production of physical structures. It’s really important to form good relationships with suppliers; they bring a huge amount of knowledge to the table, and the earlier they can be bought into the process the better. In terms of our internal process, I’m not really a believer in the group brainstorm. I think a lot of the best creative work gets done in isolation. Having said that, it is incredibly important to get together at regular intervals and share that work, have it critiqued and make sure it’s heading in the right direction. As a team we will all have something new to bring to each other’s ideas.

What are the most and least enjoyable aspects of your job?
The job can be stressful at times but I think it’s fair to say that most of that stress is self imposed. We are all very driven and that can be a really useful tool. On the flip side, that same drive can become a negative force that needs to be kept in check.

What has been the most exciting project of the last twelve months?
We spent some time looking at our own brand and website this year which was an interesting exercise. In the past this has happened more organically. This time round we turned a few of our inquiring questions normally reserved for clients back onto ourselves and our own industry. As a studio I think we now have a much clearer sense of purpose and shared identity.

Laura and Oliver at work

What skills are essential to your job?
A willingness to learn and an open mind.

Would you say your work allows for a good life-work balance?
One of the great things about doing a job that you enjoy is that your life-work boundary becomes blurred. As nice as that is, it also comes with its own problems. Knowing when it’s time to switch off and go home can be tricky when you care about what you’re working on. When I started out I was putting in more hours than I should have been as is often the case for young designers. More hours doesn’t always mean more or better work and can eventually become counterproductive. We have a good culture at Studio Makgill: we work hard and make sure we deliver work on time, but we all know the value of life outside of the studio.

What tools do you use most for your work?
iMac; Fuji XT1 camera; Adobe Suite; Midori notebook and a Uni-ball Micro pen.

What did you want to be growing up?
I had no idea. I still don’t. I wish I could say that this is what I always wanted to do and that I was tracing letters of Helvetica out of the phone directory when I was eight. In reality I probably fell into design as a student because it seemed to offer the greatest degree of autonomy and freedom.

How (if at all) is the subject you studied useful to your current role?
I studied Graphic Design so I haven’t deviated too far from my original intention.

What were your first jobs?
I did five or six internships before I started at Studio Makgill. I remember thinking at the time that I wanted to try and get as many internships under my belt as possible. Looking back I’m not sure this was the best strategy. I definitely learnt a lot about the kind of studio I did and didn’t feel comfortable in but I think there is a lot to be said for spending some quality time with one studio and immersing yourself in their process and culture.

“I probably fell into design as a student because it seemed to offer the greatest degree of autonomy and freedom.”

Was there anything in particular that helped you the most at the start of your career?
Hamish will cringe at this but I consider myself lucky to work for a company that believes in and nurtures the individual. You need to feel comfortable enough to take risks and make mistakes. Studio Makgill has been an excellent and supportive environment to learn my trade. Things could have been very different had I wound up elsewhere.

Was there a particular project you worked on that helped your development?
In terms of my own personal development, it would be a project we worked on for a client looking to re-imagine a dilapidated building in the heart of Hastings. The aim was to give a new lease of life to a much loved city icon. It was as simple as learning to trust my own judgement and knowing when to switch off the inner critique for long enough to allow the creative process to happen uninterrupted. In the end, the route I was working on didn’t get chosen by the client, but it was a useful process and one of those great moments where things seem to fall into place.

“Not every job is as glamorous and exciting as you might have imagined it would be as a student; you come to find reward in places you might not have expected.”

What skills have you learnt along the way?
Graphic design is very much at the mercy of emerging technologies. The way we design for the digital environment has changed radically in the nine years that I have been a designer. I was probably a bit of a luddite when I first started out so there was a steep learning curve. I just wasn’t immersed in that world when I left university. Digital design is now a huge part of what we do here at Studio Makgill and it sits alongside and complements what we do in the physical. Saying that, I still have a healthy suspicion of what technology has to offer, especially social media. These things tend to come along and completely overhaul the way we work and live before anyone has fully grasped what it all means.

What’s been your biggest challenge?
Confidence. The design process is in many ways a strange beast. No amount of self education, hours of practice, or effort of will can make up for an underlying belief in your own ability. Graphic design straddles a fine line between rationality and subjectivity. Much of what we aim for in good design comes from a place of intuition that can be hard to fully articulate. Not everything can be explained away with logic, and confidence goes hand in hand with intuition. It took me a long time to figure this out and it’s still an education to this day.

Is your job what you thought it would be?
The things I thought I’d love about my job are nothing like the things I’ve grown to love about my job. Not every job is as glamorous and exciting as you might have imagined it would be as a student; you come to find reward in places you might not have expected. As a student the focus was very much on the objects you were making. Leaving university and working on live briefs you become more interested in how your design exists out there in the real world and the tangible real life benefits it has for your clients.

What would you like to do next?
I am really interested in the strategy side of the branding process. This is something that we do naturally as designers with every project but it’s an area of knowledge I’d like to hone in on as I move forward.

Could you do this job forever?
Who knows what this job will even look like in ten years time! I would be lying if I said the idea that I would still be doing the same thing in ten years didn’t scare me a little. It’s always good to keep a door open somewhere.

What do you feel is the natural career progression for someone in your current position?
I’m not sure the creative industry offers quite the same career structure that the corporate world does, so it’s hard to have a clear road map to where I want to be. I don’t think designers are hugely concerned with moving through titles and pay brackets. I’m not suggesting that these things lack value, but I think in terms of progression, it feels more exciting to look to personal goals for fulfilment. What do I want to learn next? What skills do I want to acquire? What kind of client do I want to work for?

What advice would you give to a young creative wanting to become a design director?
Be curious.

Creative Lives
Designer Laura Darby on attitude, being attentive and how every day is a school day
First Hand

Written by Nils Westerlund
In the Studio With

How Penguin Random House’s book covers are born: Meet the Vintage design team
In the Studio With