Since Sunday night, the passing of beloved SBTV founder, Jamal Edwards, has been sorely felt. From Acton to the wider creative community at large, thousands of people have since taken to the web to share stories and speak on Jamal’s talents and pioneering career – from his beginnings in grime music and youth broadcasting to his door-opening achievements across the industry. While it’s impossible to summarise the entire breadth of Jamal’s impact, it’s one we simply can’t overlook. Here, we share five essential learnings, inspired by Jamal’s influential career.

Starting out in 2006 as an MC and youth broadcaster under the moniker Smokey Barz, Jamal Edward’s journey with SBTV was a significant one. What initially began as Jamal recording and sharing his college friends’ bars turned into a multilayered YouTube channel of international talent and renown, helping to launch the careers of artists such as Ed Sheeran, Stormzy and Dave in the process. After growing a dedicated audience, and passing multiple subscriber landmarks, Jamal was able to branch out into other areas of music and expand SBTV’s scope, going on to partner with Soundcloud and launching the 8BARS app. In 2019, he also founded JE Delve, a charity based in Ealing, with the goal of helping young people to “learn, work and connect.”

Jamal’s influence was not just resigned to music, though – his impact was felt far and wide across the creative industries. On Twitter – among a sea of anecdotal tributes – presenter and gaming aficionado Julia Hardy, spoke of Jamal’s impact on the gaming industry; while The Guardian columnist Owen Jones, mentioned a shared project for TV in which Jamal encouraged young people to vote.

It’s clear that Jamal’s impact will be felt for many years to come. Below, we’re sharing five essential lessons inspired by what was undoubtedly a prolific and culture-shifting career. And as similar tributes continue to pour in, we send our warmest condolences to Brenda Edwards, and Jamal’s family and friends.

1. Make the work you want to see

The oldest video on SBTV offers several glimpses into Jamal’s creative workings, but one thing is clear: Jamal saw a gap in the music sphere, and decided to fill it with work he wanted to see.

The creative industries have grown significantly since SBTV’s inception, but Jamal’s career proves that there will always be room for individuals willing to express their unique visions. Jamal was able to masterfully recognise this even in the early days of the platform, identifying a gap in the industry that also spoke to his own interests and passions.

At the time, there were other media professionals and platforms showcasing the culture, including Channel U (a then-popular TV station showcasing grime acts) as well as the work of journalist and A&R, Chantelle Fiddy. But this wasn’t enough to deter Jamal. There will always be competitors, but if you have a project, artwork or initiative you believe in, recognising your unique skills, vision and passion will help you make your mark.

2. Get started with what you have available

Jamal’s first SBTV video dropped on YouTube in 2007 – only two years and 14 days after YouTube’s initial launch. At the time, YouTube was still very much in its infancy – and although it was impossible to predict the heights that it would reach – Jamal’s curiosity and willingness to embrace new platforms, and use them to channel his passion for music and youth culture, would become a model for other channels of its kind.

Using just his personal camera and later uploading the clips to YouTube proved to be a winning combination, and SBTV’s meteoric rise was even captured in a Google Chrome advert (above) in 2011.

Today, there are a plethora of digital platforms to help you curate a portfolio and find an audience – and we continue to see the impact that social platforms like Instagram and Tiktok can have on creative careers. But whether you’re an emerging photographer, graphic designer, journalist or videographer, it’s also a reminder that you don’t always need the most expensive or elaborate equipment to create impactful work that you’re passionate about.

3. Use your platform to uplift others

Community has always been at the heart of SBTV. As the platform grew to feature stars such as Nicki Minaj and Drake, Jamal continued to platform unsigned artists, as well as community workers and initiatives. This included Authors of the Estate, a book and documentary showcasing members of St Raphael’s Estate, led by author – and now headmaster of Freedom & Balance art college – Andre Anderson.

In shining a spotlight on his community, Jamal was able to harness his passion to help empower and uplift others. Writer Aniefiok “Neef” Ekpoudom speaks to this in his tribute to Jamal, remembering his time at SBTV as “a space to deepen my craft”, alongside the “generations of creatives who have passed through the revolving doors of [Jamal’s] company.”

Jamal was always open to working with others who shared his mission. In another heartfelt tribute, TRENCH founder and music journalist Joseph JP Patterson, speaks about collaborating with Jamal at his then-club night, ChockABlock. The partnership was mutually beneficial, enabling Jamal to feature new grime acts on SBTV, while helping to advertise the club night. In his tribute, Joseph describes the “grin on [Jamal’s] face from being able to film freestyles with some of his favourite MC’s” as being “unforgettable.”

Continuing to do this late into his career, Jamal went on to partner with a range of brands and creative initiatives – from teaming up with Soundcloud, to this campaign in 2020 for the Department for Education, which encouraged young creatives to undertake apprenticeships.

Jamal’s approach to collaboration illustrates the power of working with clients, brands, or initiatives that align with your own interests or values.

5. Stay true to your vision

“Self belief” was a reoccurring theme and slogan for Jamal, but it was more than just a working mindset – for Jamal, it was a way of life. Maintaining this methodology throughout his career, Jamal’s single-minded determination saw him stay true to his vision. “Do your thing, don’t try to change yourself,” a young Jamal says in this clip (above) shared by Crack Magazine, about his international expansion and staying true to himself.

Wisdom from an older Jamal is also captured in a separate post (below), in which he reflects on some of the challenges in setting up his youth charity, JE Delve: “It was proper frustrating at times. But I just had to keep going and show them that this is for the good of these young people.”

Both valuable tools in the arsenal of any creative, it’s clear that passion and perseverance were key to Jamal realising his goals. So whether you’re looking to realise your vision in a specific project, or have it inform your career as a whole – devise a plan, make a mantra and say it everywhere you go. And most of all – remember to lean on your community, mentors and friends along the way. 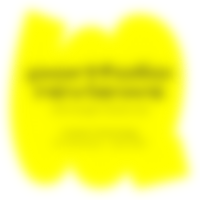 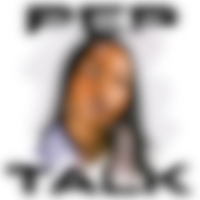 Matching Gucci suits and puppies: Behind the scenes of directing duo Us’ music video for Harry Styles
Creative Lives
“What’s the worst that could happen?” – writer and director Peter Marsden on film, finding your own path and being fearless
Creative Lives
Director Abbie Stephens on how she transformed a graphic design degree into a career in film
COOKIES