Having grown up with two artistic parents and a love for design, Etta Voorsanger-Brill’s path was pretty much etched into the creative industry from the off. It was during a graphic design foundation course at Central St Martins (CSM) that her love for printing techniques developed – eventually leading her to become a part-time risograph technician at CSM. Once her freelance contract came to an end, she began to apply for full-time positions, and a long and murky road followed. Etta soon found that the lack of stability and loneliness that came with freelancing was so detrimental that it stopped her enjoying the work she’d previously found fulfilling. Eventually though, she came across her dream role at Penguin Random House, and the rest was history. We spoke to Etta about her journey, the importance of staying positive and why she was so hesitant to enter adulthood post-uni. 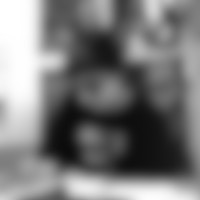 Have you always known you wanted to be a designer?
I always knew I was going to have a creative job. Both my parents are artists, so I was exposed to the art world from a young age. All of my youngest childhood friends were others artists’ kids and we would run around private views with wild abandon, ignorant of the fact that we were probably experiencing quite an unconventional upbringing.

Growing up I was always good at creative subjects. I wanted to be a set designer or fashion designer or book cover designer, but always a designer. I studied a foundation at CSM with the intention of going into graphic design, but when I got there I was so overwhelmed and in awe of the fashion tutors that I applied to do womenswear. I was promptly rejected and put on the graphic design path and that’s where I stayed.

How was the process of applying to Vintage at Penguin Random House?
The role of junior designer came up at Penguin Vintage, and it lit a fire in me. I have always been an avid reader and I love book cover design. I knew that this was something that I wanted to do, and for the first time in a while I was hopeful.

The interview process was intense but I kept getting called back, which was amazing to me. In the end, they offered me the job! it felt like an amazing once-in-a-lifetime opportunity. 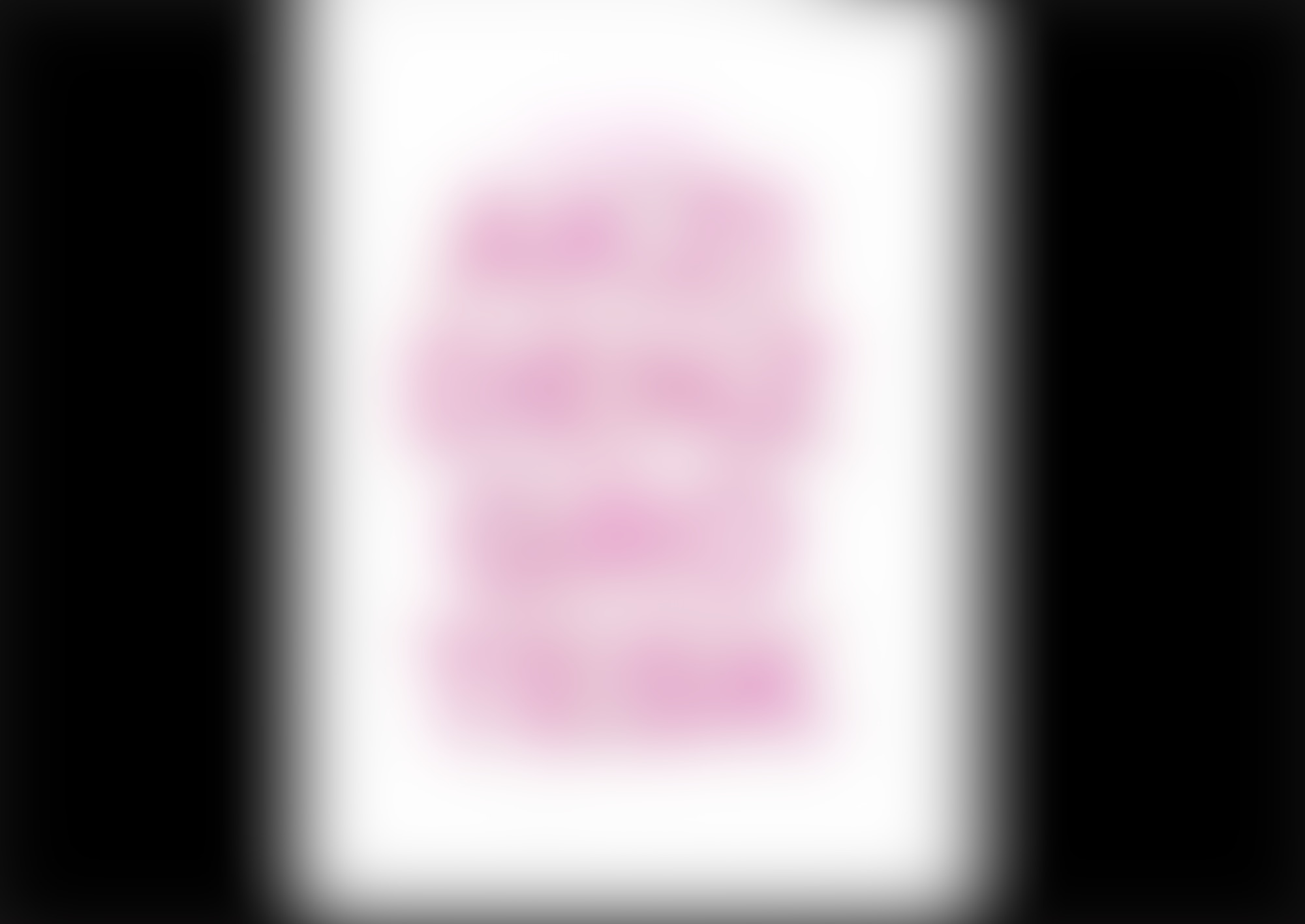 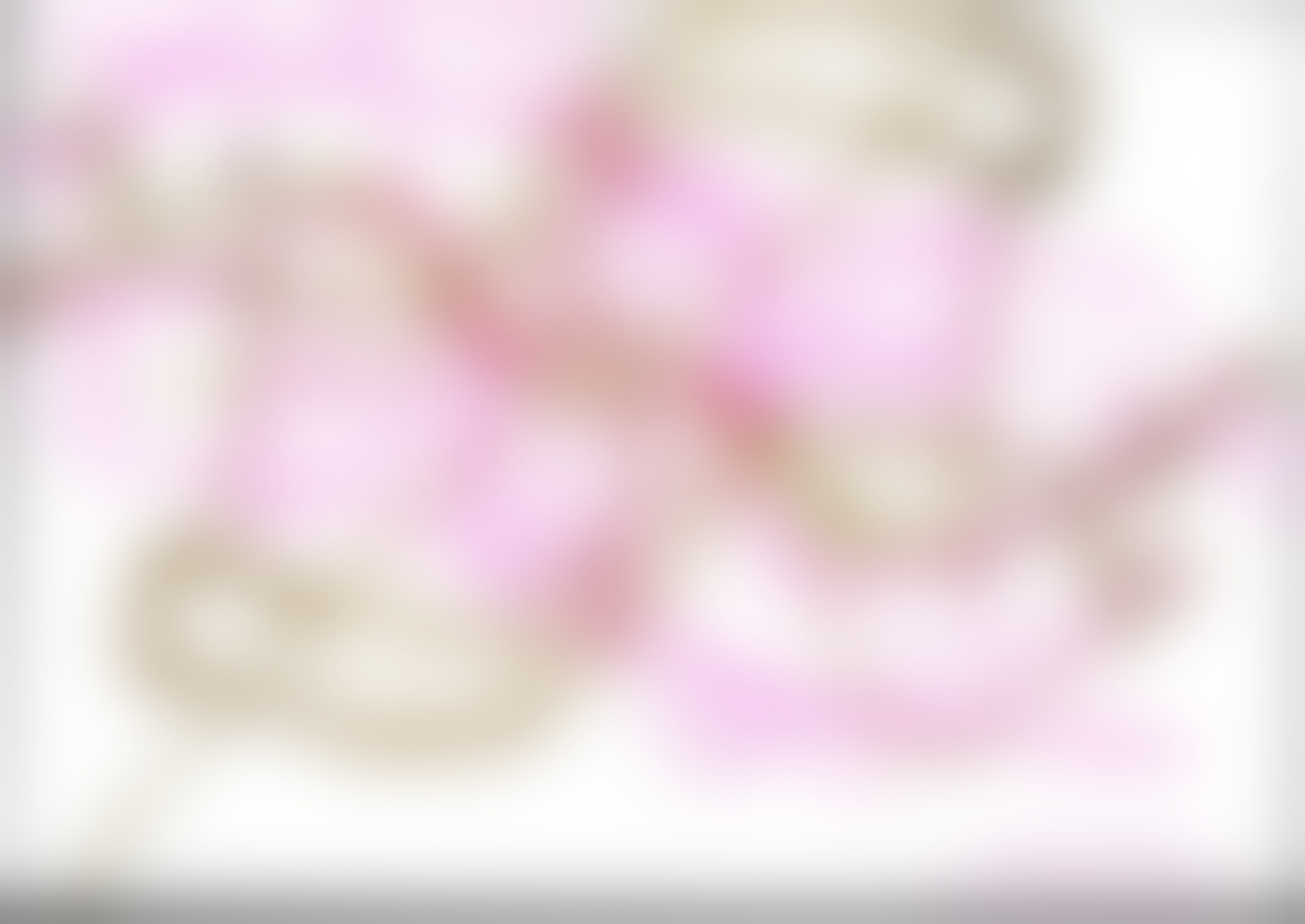 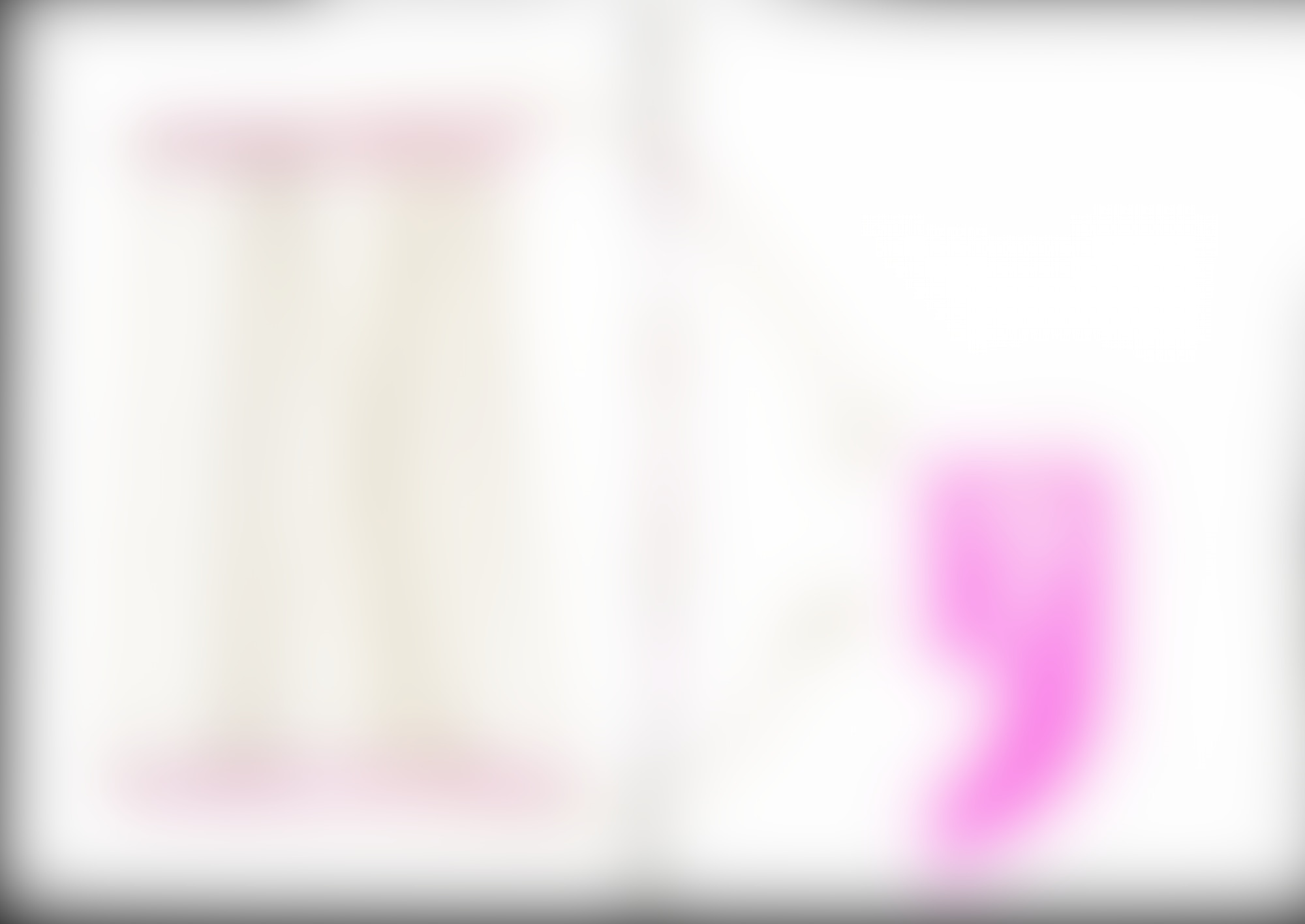 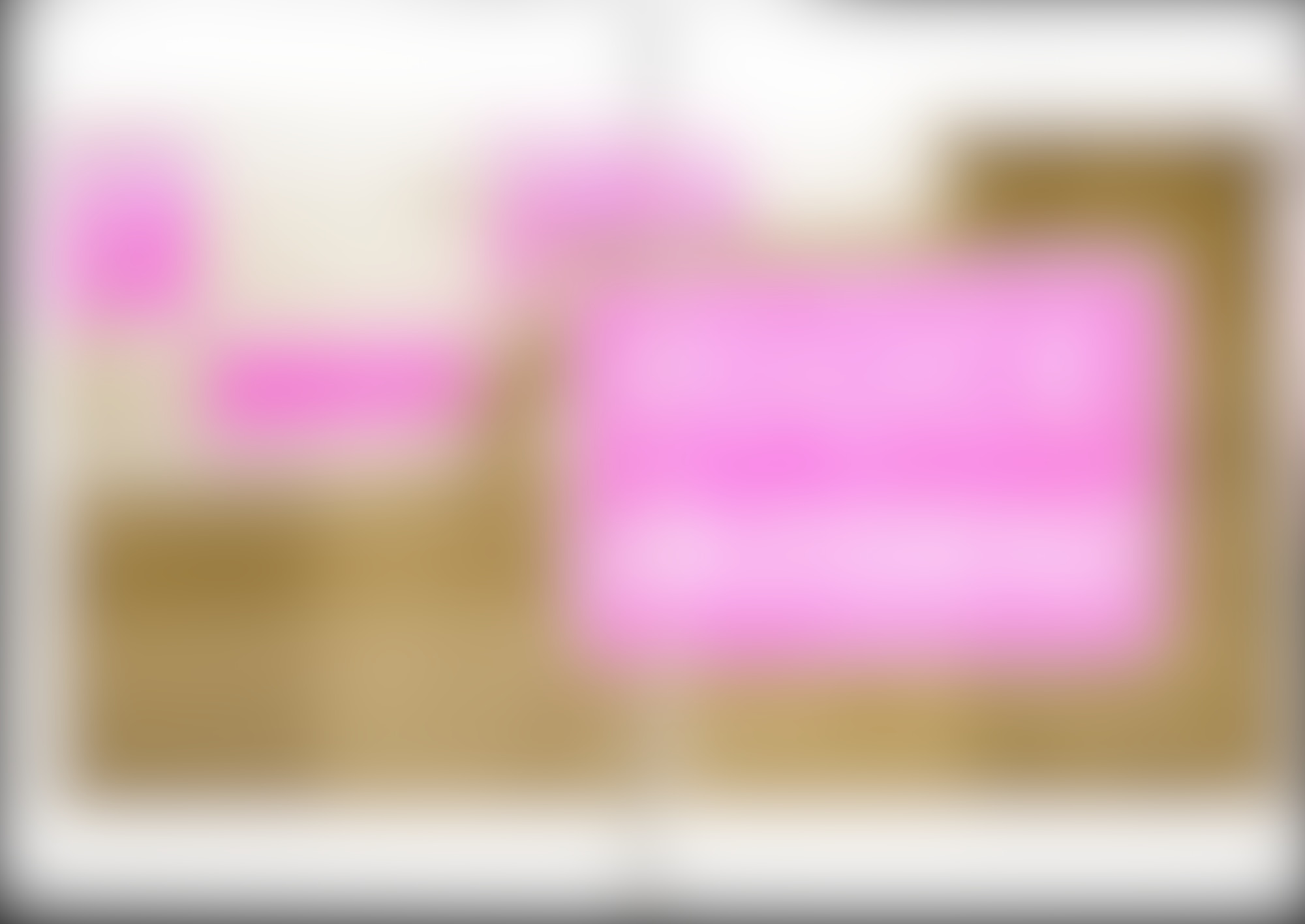 “I was in awe of the fashion tutors that I applied to do womenswear – I was promptly rejected and put on the graphic design path and that’s where I stayed.”

It seems that risograph is a large part of your practice – how did you become interested in the medium?
I became enamoured with risograph printing whilst on a study exchange in New York during my second year of university. I completed an internship at Endless Editions, a risograph press, and fell in love with the idea that print could be used as a tool for social change. As a tool of mass production, the risograph printer is so powerful because if you can leave behind something you’ve made, you can prove you existed. This is so important for marginalised people – women, LGBTQ+ communities and people of colour, because a lot of history is written by one homogenous group: straight white men.

When I came back to London, I couldn’t find anywhere to print as CSM didn’t have a risograph printer at the time. London has the highest density of risograph presses in the world but they are almost all for profit commercial presses.

I came across Rabbits Road Press while researching for my dissertation, which is a community focused risograph press in Manor Park founded by the collective OOMK. I worked a lot with Rabbits Road Press in my final year, printing my dissertation there and running a project in collaboration with CSM to introduce my peers to risograph printing. Alongside this, I was also campaigning for CSM to invest in a machine and to have them hire me to run it. I was creating my own post-grad job essentially.

After graduating, what were your first steps?
I was very lucky because a few people took interest in my degree show and I was offered some meetings and an internship at a design studio. I was just saying yes to everything at that point. I had decided early on I was going to go freelance in order to juggle my various passions, so I could teach risograph printing part-time at CSM and do design work on the side.

How did you find your first freelance role?
I was working in a branding agency who had contacted me after seeing my degree show. This work lasted a few months, but I was still living with my parents and I was finding it really hard to stay motivated. I realised early on that I struggle with working from home and I needed to have somewhere else to go otherwise I couldn’t focus.

I was also working more and more with Rabbits Road Press, which is what I really enjoyed, running the Open Access Sessions, doing private print jobs and facilitating workshops. I loved this side of work and felt so lucky that I was able to design and do printmaking – and I was making enough money to survive, which was a blessing in itself!

It wasn’t until December 2018 (six months after I graduated) that CSM actually purchased a risograph machine, but it lay dormant for five months – to the students dismay, until I was employed on a semi-regular basis. The inner workings of CSM are very complicated and I had to continually prove myself before they would listen.

“I realised early on that I struggle with working from home and I needed to have somewhere else to go otherwise I couldn’t focus.”

Did you enjoy working at Central Saint Martins as a technician?
Whilst I really enjoyed talking to the students about their work and showing them tips and tricks for printmaking, the role made me realise I wanted to be more involved with the evolution of the project, instead of printing the final outcome.

By this point most of my freelance design work had dried up and I was struggling to find more. I had also just taken on another role part time at Print Club London as a screen printing technician, and I was still working with Rabbits Road Press. I had kind of given up on the idea of being a designer and thought of myself more as an artist. But I was so stressed out about money and life and the future that I didn’t have any motivation to make any work myself. 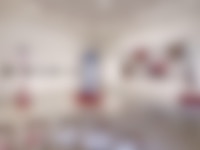 What made you want to go freelance?
Initially, becoming a freelance designer was just something I felt was right for me as I’ve always liked being involved in lots of different projects. Upon leaving university, I didn’t want to limit myself to a single endeavour and I was holding out for CSM to hire me as a risograph technician so I didn’t want to take on a full-time role, just in case.

I think part of me was also scared that taking on a full-time position would mean that student life would be over and I would have to grow up. I really liked being at university; I liked the community and the flexibility and being around inspiring people so much that if I could inch that feeling out a little longer, I would.

“It just stopped being enjoyable and I started to envy my peers who were doing amazing things and working for people that they loved.”

When did you first start feeling like self-employment wasn’t for you?
My freelance contract with CSM ended as the university broke for summer in 2019, and I wasn’t keeping as busy as I had hoped. I’d applied for a more permanent role which I didn’t get and that killed my confidence. All of the parts that I liked about being freelance had become the parts I didn’t like. The flexibility became loneliness because my friends and my partner were at work. I was helping other people print all day so I was too exhausted to print my own work.

Although I’d moved into a place of my own at this stage in my career, I was now barely making enough money to pay my rent. It just stopped being enjoyable and I started to envy my peers who were doing amazing things and working for people that they loved. 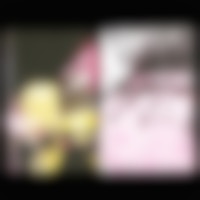 Why did you decide to start applying for full-time roles?
I was told that I would get a call from CSM in September to resume the role that I had done previously. In September I didn’t get any such call. I decided that I couldn’t keep putting my life on hold in the hope of becoming a risograph technician – especially as I had already done it and didn’t love it as much as I thought I would. I wanted some stability and some community. For me, the thing about freelancing is that I am alone a lot of the time, planning workshops or doing admin until I get a burst of human interaction during the workshop.

“I knew that this was something that I wanted to do, and for the first time in a while I was hopeful.”

I also really missed doing design work – I am good at it! I realised that I had given it up out of fear of being rejected, not because I didn’t enjoy it. So, I decided to start applying for full-time positions and contacting companies that I liked, to see if they had any positions. I wanted to be proactive about my future, instead of letting things wash over me.

The job [at Vintage] feels like a lifeline and I feel grounded now. I don’t think I would have been ready for a full-time role straight out of university, but after a year out I can appreciate it more. I feel ready to grow up.

What advice would you offer to someone who is just graduating?
My advice is to do what feels right for you. It’s never too late to change your mind, even if you register as self-employed with HMRC!

Freelancing is a lesson in self-confidence and organisation and you have to be your own biggest fan. I struggled with this all year, but finding a strong support network of friends or other freelancers can be a huge help. There is no right or wrong answer to post-graduate life, you’ve just got to feel it out. There will be positives and negatives to everything you do, that’s just life. Find something that makes you excited to wake up in the morning and pursue that!