Chauntelle Lewis’ friends call her the “bounceback queen” for good reason. After graduating with a degree in graphic design, Chauntelle quickly realised that the traditional design path wasn’t for her – and set out as a freelancer. Four years later, full-time social media and content strategy roles at Outfly and TikTok followed – but for Chauntelle, ”it took resigning and being laid off in 2020 to realise that freelancing was where I needed to be again in 2021.” Today, Chauntelle splits her time between leading workshops at Hustle Crew and working across social media marketing and community management at venture capital firm, Overlooked Ventures. Here, Chauntelle talks to us about the benefits of sharing your experiences with others, using Twitter to network and prioritising self-care. 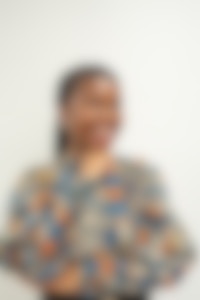 How would you describe what you do?
I’m a professional hype woman and community builder with a strong focus on creating spaces that embody diversity, inclusion and belonging, using digital marketing strategies. I’m currently dividing my time between driving diversity and inclusion within tech organisations through Hustle Crew workshops and hyping historically ignored founders with the venture capital firm, Overlooked Ventures through social media marketing and community management.

What’s been your favourite project to work on, from the past year, and why?
I worked on some cool client campaigns and proposals during my role as creator and content strategist at TikTok EU within various verticals such as gaming, fashion, CPG but, alas, NDAs – so here’s an awesome live project instead.

In October 2020, I co-led TikTok EU’s in-house D&I initiative for Black History Month UK, in collaboration with fellow BHM Committee members and cross-functional teams. I was responsible for recommending and selecting Black identifying creators and founders for the grassroots campaign, #myroots, which gained over 300 million in-app views and external media coverage in Campaign and The Drum.

I also co-developed the cultural and event programming for live-streaming events, like the Black Skin and Beauty TikTalk. Here I realised that I was skilled in curating, developing and implementing D&I strategies and could create significant impact within the tech industry using this skillset. 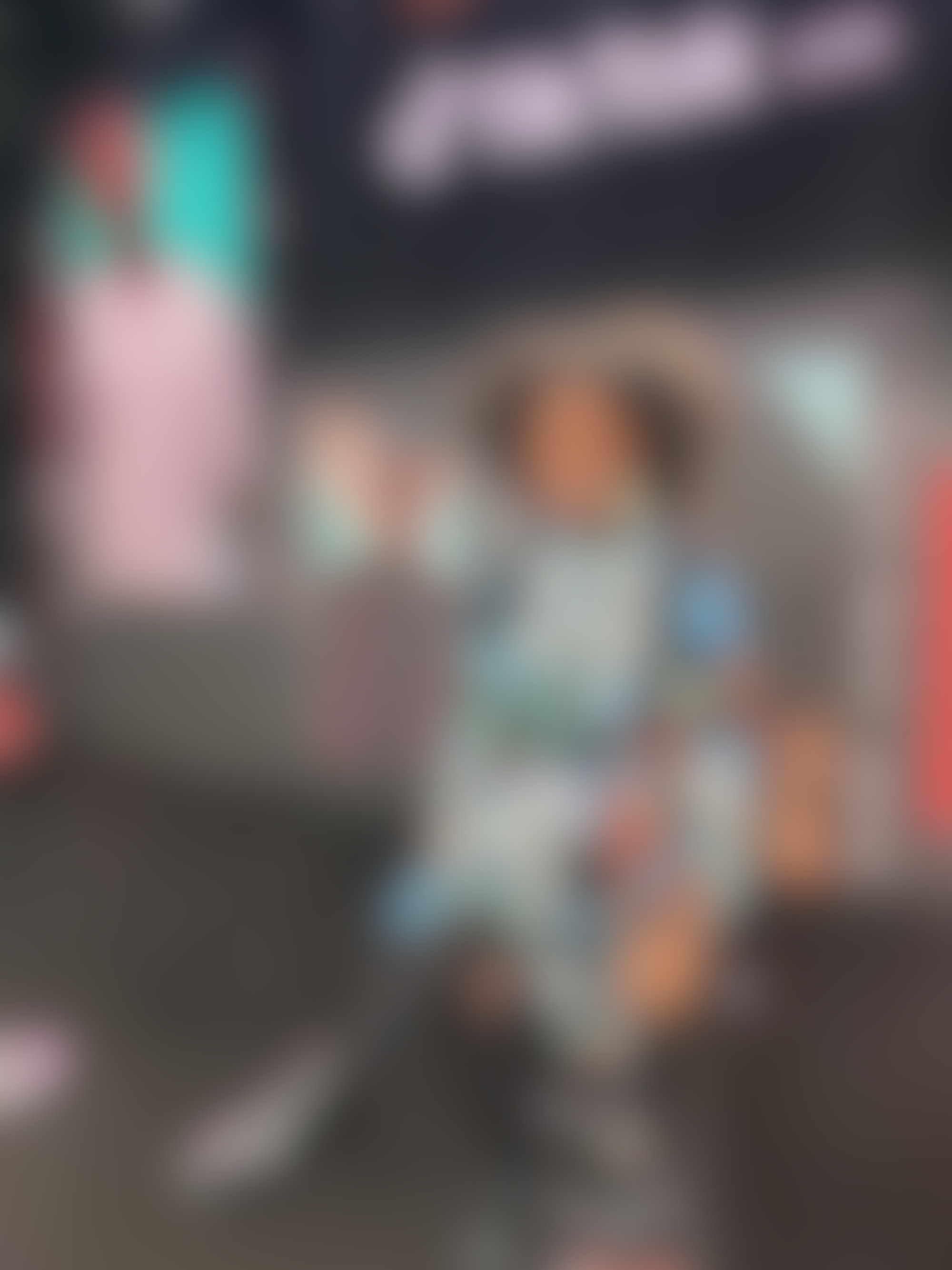 What kind of skills are needed to do what you do? Would you say you need any specific training to do what you do?
Ironically it’s strong communication skills but I’ve been challenging what this means as a person with a speech impairment. Personally, I rejoined speech therapy last year and it improved my confidence but generally, it just takes practice! The more I formalise myself with the topics and resources, the smoother my sessions are. During my D&I workshops, I take advantage of the chat function to be more considerate of neurodiversity and accessibility needs, as some participants digest information better when it’s written rather than verbal.

Truly underrated skills needed for both my specialities are vulnerability, empathy and reading the room. When I share personal anecdotes and lived experiences in my D&I workshops, or address pain points within the digital communities I’m serving, people feel more seen and heard. Over the past year, there have been moments where ‘shutting up and listening’ was more important than sharing hot takes.

If you could sum up your job in a gif, what would it be and why?
(Below) I’m often spilling tea on industry inequalities in both of my specialities, but it’s often my job to create a safe space for learning and accountability too. It’s a balancing act!

What was your journey like when you were first starting out?
When I graduated from university I had severe imposter syndrome – all my peers were securing roles in top design agencies and I was struggling to gain access as I wasn’t a traditional graphic designer.

As a natural self-starter, I decided to become an independent freelance graphic designer instead; working with Black-owned SMBs, I realised that there was a great need for social media marketing. I began including it within my services successfully, while also working part-time as a sculptor and co-led design duties and community initiatives with the creative collective, SXWKS.

“Sometimes the role you’re in isn’t the final destination – instead, it’s a stepping stone towards your greater purpose.”

With over four years of freelance experience under my belt, I revisited my job search with no luck. I decided to work backwards in order to gain my foot in an agency, and landed an internship at Outfly through Create Jobs’ scheme. After two years in that role, I took a leap of faith by resigning during the first London lockdown without a backup plan and secured a role at TikTok, shoutout to my referral!

Funnily enough, it took resigning and being laid off in 2020 to realise that freelancing was where I needed to be again in 2021. Sometimes the role you’re in isn’t the final destination – instead, it’s a stepping stone towards your greater purpose. I actively share my journey transparently because there’s a lot of power in vulnerability and you’d be amazed by how many people resonate with your experience. 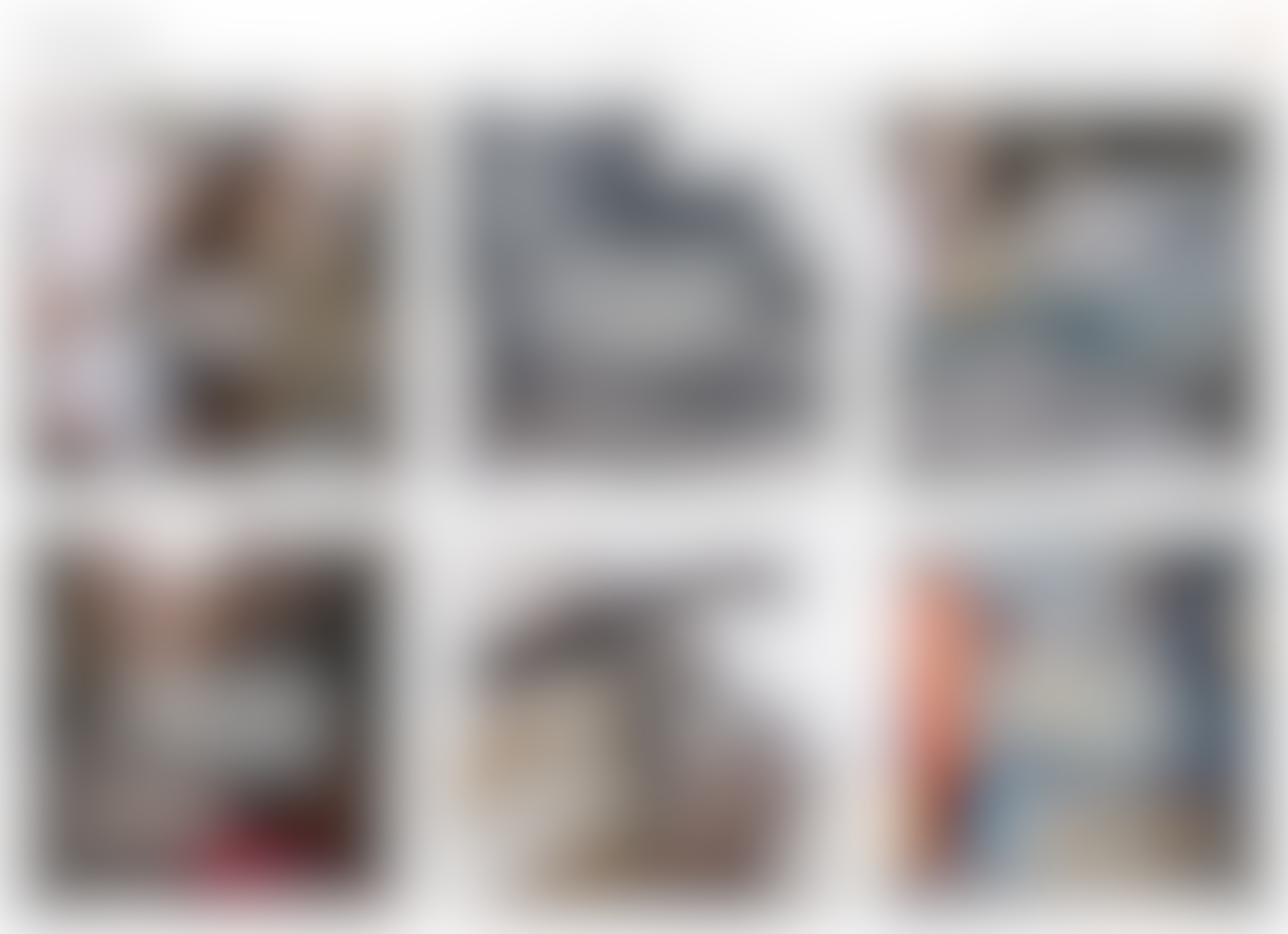 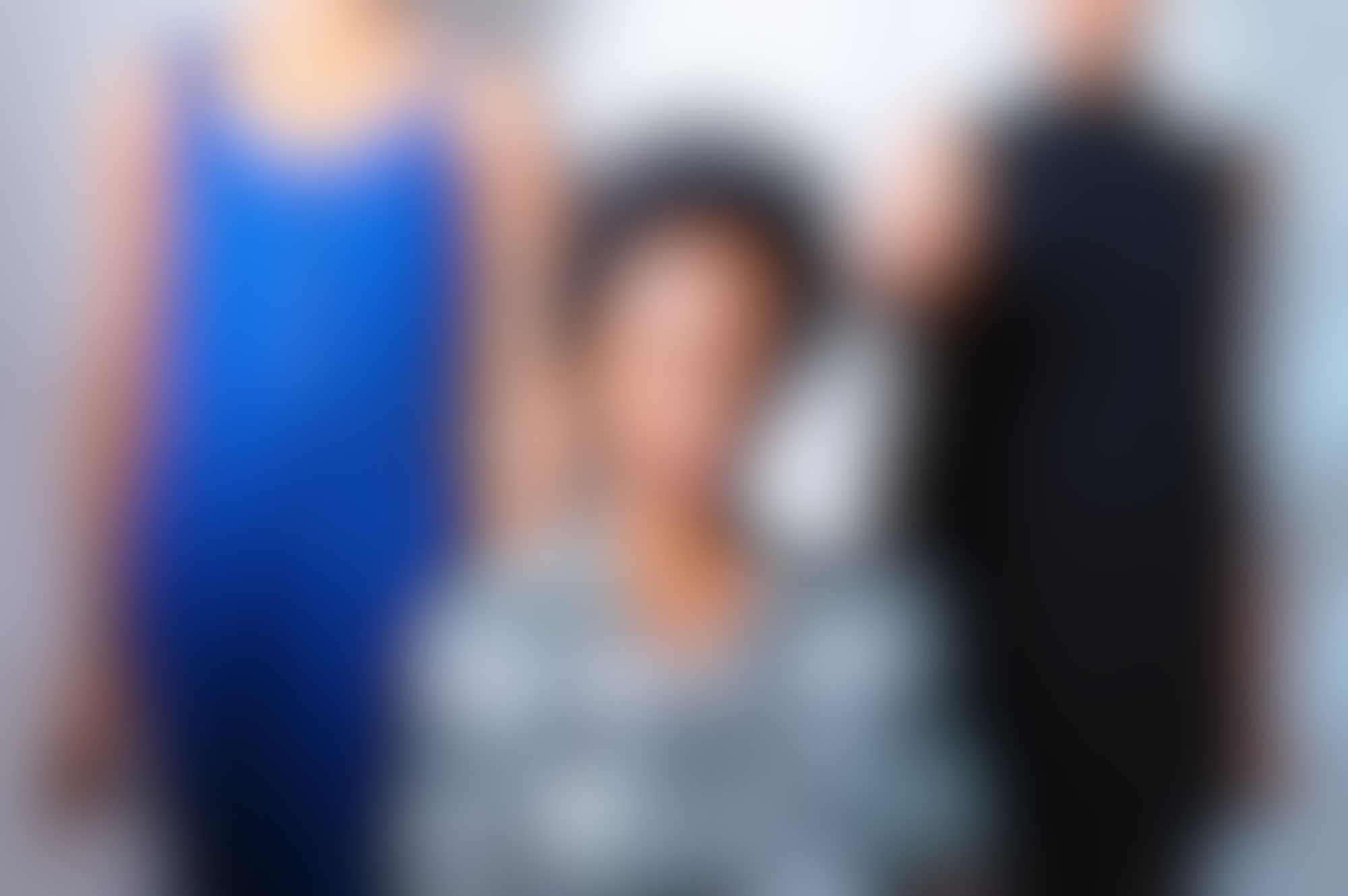 What would you say your biggest challenge has been along the way?
Fitting into a linear box! Although I no longer fulfil graphic design duties, it doesn’t mean I’m not creative. It’s a mindset. Being a problem-solver and storyteller requires creative thinking too. My biggest challenge is breaking out of the boxes people place me in, as I have more than one passion.

You’ve previously spoken about dealing with rejection and pivoting in your career. Do you have any learnings or advice to share with someone going through something similar?
Rejections are a part of life – don’t dwell on them for too long or take them personally. My close friend has coined me as the “Bounceback Queen” because I’ve pivoted in my career numerous times. My biggest advice is to lean on your close circle of trusted people and find a mentor or accountability buddy to support you along the journey. If you’ve had a negative work experience I highly recommend taking time to heal from it – whether that’s going to therapy or journaling.

Cheeky plug: I co-hosted a growth mindset workshop for Hustle Crew’s members. We shared tools and insights on how to self-motivate and reprogram your mind for success; ⁠how to set attainable short-term and long-terms goals; and ⁠how to prioritise your mental and physical health in order to be your best self!⁠ The key takeaway was: be honest about your motivations and allow them to guide your next steps. ⁠I became a full-time freelancer because flexible and remote work were my top priorities in order to place my mental wellbeing at the forefront. 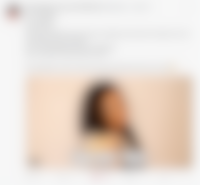 If you could pick three things that you’ve found useful or inspiring to your work or career, what would they be and why?
First, Twitter is your best friend for networking and learning from industry wizards! Tune into Twitter Spaces or Twitter Chats, for example, I follow #FreelanceChat and gain much insight from fellow freelancers across the globe. During my job hunt, I actively shared with my community what specific roles I was seeking. As a result, I gained lots of referrals, support and opportunities – this is actually how I got Overlooked Ventures as a client, as the co-founding partner saw my Tweet.

Then, the podcast On Purpose by Jay Shetty completely changed my life in 2020, when I was uncertain about my role. The episodes share lived experiences and holistic tools for overcoming professional and personal problems. I learned a lot about resilience and listening to my intuition.

Finally, join niche communities in your field of expertise. I’m a part of a D&I group for Black professionals, a marketing bookclub, Twitter #FreelanceChat, and a social media manager Slack community. Someone is always willing to champion you!

“I share my journey transparently because there’s a lot of power in vulnerability. You’d be amazed by how many people resonate with your experience.”

My advice would be not to share anything on social media until it’s set in stone. For example, I was writing for a publication but their new direction didn’t align with my values, so it fell through. Always contain the excitement until it’s official!

What have been your greatest learnings with making money and supporting yourself as a creative?
1. Ask your peers for advice. I reached out to fellow freelancers to learn about their pricing methods.

2. Speak to an accountant! Before I officially became a full-time freelancer, I scheduled a power hour with an accountant and I paid them to literally answer all my silly questions. We discussed everything from taxes, pricing to business models. After that discussion, I was able to negotiate with a client based on the insights I learned.

3. Be curious! Job titles look different in different fields. I freelanced as a creative lead for an agency before my current official title, but it was fulfilling the same duties.

4. Take part in paid webinars and panel discussions, and always ask if there’s a budget!

What’s the best career-related advice you’ve ever received?
My mentor Natalie Nzeyimana once said: “I can give you all the career advice in the world but instead I’m going to encourage you to focus on your self-care.”

The tech space is very fast-paced, but – speaking from experience – you need to learn to slow down or you’ll experience serious burnout. Developing a strong and strict daily self-care practice has allowed me to do the latter; I can’t go a week without gardening or walking. I’ve downloaded the Breathwrk app to remind me to take long breaths and breaks. All of this keeps me grounded so when my intuition is speaking, I can hear it before it gets too loud.

What advice would you give someone looking to get into a similar role?
Identify your purpose and stick to it! When you are grounded in your “why” and “what”, you’ll become more comfortable saying “no” to opportunities that don’t fulfil your goals. For example, I was determined to work in both D&I and community management but kept getting offers for communications or content creator positions. I declined them and waited for the right clients to find me – it was worth the wait.

Often we get distracted by what everyone is doing and forget what our own circumstances look like. Someone else’s career path won’t necessarily work for you. When I was laid off, I took a sabbatical for three months as I needed a reset. I don’t have kids and had savings, but I know others who had to jump straight back into work due to family commitments.

Recent grad and graphic designer Lauren Goodland on balancing a job, social life and business on the side

Keeping your head screwed on: Design graduate Sam Part on turning a university project into a business