Dropping out of a management and IT course was the best thing Matthew Lloyd ever did for his career. Landing his first big break after winning The Times’ Young Photographer of the Year competition, he embarked on a six month placement in London. “I was told to forget everything I’d learned on my first job and to just go take good pictures,” he tells us. Based in Harrogate, today, Matthew works as a commercial and editorial photographer for publications and clients such as Bloomberg, The Guardian and Sunday Times Magazine, and Land Rover. Often tasked with photographing celebrities, the likes of Renée Zellweger, Benedict Cumberbatch, Helen Mirren and even Tony Blair have all sat in front of his lens. And he’s even been sent to China by British business services group, Rentokil, to shoot business services in a creative way. Here, Matthew tracks his career journey thus far – from starting out in a press agency in Newcastle to winning three prestigious Young Photographer of the Year awards in two years. 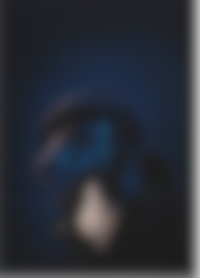 How would you describe what you do?
I create portraiture and reportage photography for editorial, commercial and advertising clients. I’ve often been told that to be successful as a photographer I should specialise in a specific area. While I see the benefits of this for many photographers, I personally think specialising in a style that can span multiple genres is a much more interesting approach. That's why I will shoot anything from people to cars to still life, if the quality is equally good and it can all be tied together stylistically you give yourself so much more appeal than being stuck in one box.

What does a typical working day look like and where does it happen?
It will either be spent at home editing, finding new business and doing admin, or on a shoot anywhere in the country, possibly for ten minutes, possibly for 12 hours.

How collaborative is your role?
In editorial, I would have to work solo. I would be sent to jobs with no brief and be expected to make something out of it in a short space of time, maybe ten minutes. The advertising world is a much more collaborative effort, working alongside art directors, stylists makeup artists and retouchers.

“The most important requirement is probably the need to be able to get on with people.”

What has been the most exciting project of the last twelve months?
The most enjoyable commercial project has been working for DHL, seeing new parts of the world including Nigeria and Dubai. But for the first time in a long time, I’ve enjoyed making some personal work. It’s nice to finally be creating work that I would like to hang on my walls.

What skills would you say are essential to your job?
Apart from needing to be a good photographer, the most important requirement is probably the need to be able to get on with people. I hear so many stories of photographers who struggle with this! 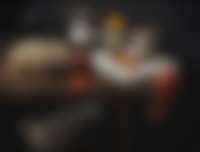 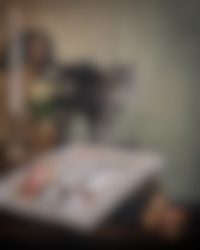 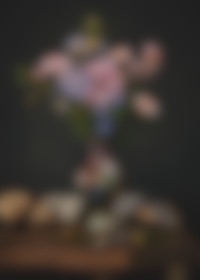 What do you like about working in the area of the UK you’re based in?
After living in London, the open space and lack of traffic of North Yorkshire is lovely. But the buzz of London will always draw me back.

Are you currently working on any personal projects?
I’m paused over the busy summer season, but over the winter I started working on a personal series of still lives, taking a little inspiration from dutch still life paintings. I’m looking forward to getting back to it this winter.

What tools do you use most for your work?
Nikon cameras, Profoto lights.

What did you want to be growing up?
I didn’t really know, I considered being a policeman. I don’t think the strict discipline would have worked out well for me.

How useful have your studies been in your career?
I started a management and IT course at university, dropping out of that was the best thing I ever did for my career. The brief photography course I attended did little for my photographic technique – that has been mostly self-taught, but it was crucial in securing my first job in the industry, and I will always be grateful to Paul Delmar (the course tutor) for all the support he provided.

After graduating (or first starting out), what were your initial steps?
My first job was working for a local press agency in Newcastle, which I found hard to adapt to. I didn’t really have any interest or skill in taking the sort of pictures they needed on a day to day basis, often for the tabloid papers.

“I was told to forget everything I’d learned on my first job and to just go take good pictures.” 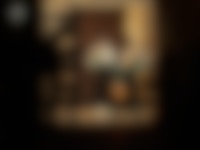 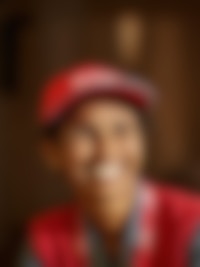 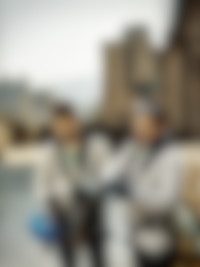 Would you say you ever experienced a lucky break?
My big break was winning The Times’ Young Photographer of the Year competition which involved a six month placement in London. While I was there I was told to forget everything I’d learned on my first job and to just go take good pictures. Paul Sanders, the picture editor at the time, was a huge influence on sending me down the path to a successful career. After my six months there, I carried on working freelance for the paper for many years in London, alongside other media organisations such as Getty Images and Bloomberg.

Another big project that turned out to be formative for my career was working for Rentokil Intiial. A company that was known mainly for its rat traps, but in fact operated a hugely diverse global business. Over the last ten years, they’ve sent me as far as China to shoot its often unglamorous business services in a creative way.

What’s been your biggest challenge along the way?
The biggest challenge is getting the initial break into the industry. I think young photographers living outside of London now may find it much more difficult to take the path that I did. The college course that I, (along with a large proportion of the other press photographers in the country) attended has now gone. So too has the The Times Young Photographer scheme.

What would you like to do next?
I’ve now spent about a year transitioning into the commercial and advertising world. I hope this work continues to build, and I’m excited about what’s to come.

Could you do this job forever?
Who knows where technology will take us, but I think for the rest of my career there will be probably be a need for good image makers. But I’m not a hundred percent certain on it.

What advice would you give to an emerging creative wanting to get into the same line of work?
Take pictures. Lots of them. I have people email me nearly every day wanting work experience or to be assistants (which I can’t offer due to the nature of my work). The best way to become a photographer is to be good at taking pictures, and that’s all about practice. I did my work experience at college, but have never assisted. I can see its use, but it’s so important to be building a portfolio continuously. One great piece of advice given to me at The Times was to endeavour to replace the entirety of your portfolio every month with new work. It may not be possible, but it’s what you need to aim for when you’re starting out.