Films that make you feel something: Telling tales with creative content agency Just So

Collaborating with the likes of Google, Amazon, Mulberry and adidas, Just So is a creative content agency founded in 2007 by filmmakers Jonny Madderson and Jono Stevens. Having first met at university as geography and philosophy students, the pair filled their spare time shooting short films, and went on to work in advertising before founding their own business. Their first official project, The Black Cab Sessions, was a roaringly successful self-initiated video series that earned global acclaim, putting them on the map with audiences, brands and broadcasters alike. Now a team of over 25 people, we spoke to Jonny and Jono from their Shoreditch-based studio, where they told us why putting heart at the centre of their work and employing only the nicest people have been so instrumental to Just So’s fast growth.

Just So founders Jonny and Jono

We are a creative content company specialising in premium and tech brands. There are a couple of important values that run through all the work we do - a belief that emotion matters, and a passion for craft. So we like to say we’re a group of thinkers and makers. The litmus test of every piece of work we put out is: Does it make you feel something?

We first met at university, while studying philosophy and geography respectively. We’d make short films on the side in our spare time, as we both had these little camcorders. Coming from academic degrees, we didn’t have a sense of all the jobs on offer when we graduated, and the most creative work suggested by the careers department was in advertising, so that’s where we started, in London. Pretty quickly though, we started to question the old ways of doing things and the main question was: How can we make advertising better? What if we could plan better and help brands create work for all their channels (including TV) for the same budget as an old TVC [television commercial]? What if we could maintain quality but reduce the distance between having an idea and making it happen? We were still making films, and through our jobs we were being exposed to so many people making a living doing the thing they loved. That’s when we hatched a plan to set up Just So.

“The litmus test of every piece of work we put out is: Does it make you feel something?”

Shortly after we founded the company we started a self-initiated project called The Black Cab Sessions [a series of videos capturing intimate musical performances in the back of a taxi]. There was nothing really like it at the time. We’d feature musical acts from Brian Wilson to The Roots to The National, and suddenly, hundreds of thousands of people were watching it. It was weird – in 2007 YouTube wasn't very old, but people just loved it. We were getting calls from ABC News, Reuters, Asian news networks, and it even had its own long-form documentary series on Channel 4. It was so fun to make, and a great way of showing how we are able to build global audiences. The company just grew from there – a couple of years later we were working with adidas and Ray Ban.

Everything we do has been self-taught, from filmmaking to starting a business. We started really small – it was only the two of us for the first couple of years and we'd have to wear many different hats. Our advertising backgrounds gave us the skills to work directly with brands - doing strategy, then off the back of that we’d come up with the creative idea, then think about how to bring that to life as a filmmaker. One opportunity led to the next, and finally, when we had a bit of a reputation and experience, bigger brands took interest.

One of the real highlights of our work is finding great stories. Last year we did an amazing project with UNHCR [United Nations High Commissioner for Refugees] around the Olympics, focusing on their first-ever refugee team. We spotted the opportunity to make the piece early on, and noticed that no one else was picking up on it. We pitched the idea to UNHCR and it ended up being shared everywhere. It was an amazing thing to be a part of.

Another great project we’re working on at the moment is with a guy called John McAvoy who became a world-record holder for rowing while he was in prison. Through making a film about him we’ve now become friends. It’s an incredible privilege to meet these people, and aside from making a good film with them, you often form quite powerful relationships too.

That story was originally discovered via The Real Story Network, which is definitely one of the more unusual things we do here. It’s a specialist department based within Just So, which is always scouring the world for real people and brilliant true tales to tell. We branded it to create a product that we could offer to our clients, and as a casting service for broadcasters and agencies. We realised that traditional casting methods just weren’t cutting the mustard – you’d find someone that looks right but not with an amazing story.

“One of the real highlights of our work is finding great stories. It’s an incredible privilege to meet these people, and you often form quite powerful relationships too.”

The network is made up of over 1,000 journalists and researchers around the world, who we’ve spent five years developing relationships with. When a brief comes in, the RSN producers will put it out to our network, and they will come back with suggestions for stories. Then we have a group of people who will judge how the ideas might work – not just from an aesthetic but also a storytelling perspective. If we don’t have a brief from a client, but an amazing story comes in, we’ll work out which brand or broadcaster might love it and pitch it to them.

When we worked in advertising, we used to get frustrated with the walls created within big companies, so we try to make sure that a good idea can come from anyone – it might be that someone in the post-production department has knowledge of a relevant subject, so we’ll get them in early. We will all have kick-off a session to work out the best approach to a job, plus the best team to put together.

We have a really strong culture at Just So. We tend to work with down-to-earth, thoughtful individuals who look out for each other, and give a damn about their output. When we’re recruiting, it’s usually clear whether someone would be a good fit or not when we meet them. On top of that, we look for people who get what we’re trying to do – in terms of emotion and craft.

We often employ people quite young and give them a fair amount of responsibility. In our first jobs, we found that the role itself was incredibly boring, even though the interview was entertaining and challenging. So we try to be straightforward about what the job is and how you can climb up the ladder. As a result there’s a lot of entrepreneurial spirit here, and I think people enjoy that side of things.

“We’ve had interns we’ve loved so much that even though we didn’t have a job for them, we were able to make position so they could stay.”

Most work is done in-house, but we also use loads of freelancers. Some can be editors and sound designers, some will be creatives and planners. We like working with new people and are always looking on Instagram for people who share our taste, in case there’s a project we can work on together. We pretty much always have interns here too, and we love having them around – they bring a really nice energy. Some we've loved so much that even though we didn't have a job for them, we've been able to make position so that they can stay.

The entrance to Just So

We’ve been based in Shoreditch since 2008, and before that we were just working from our flats. Our studio is in the same building as VICE, and we've been really lucky with the physical space: it’s about 5,000 square foot and very open plan with edit suites and lots of meeting rooms. We have windows on every side, so it gets lots of light and a great view, since we’re at the top of the building. The area has changed a lot; it used to be a lot less trendy. We just hope it doesn't become too corporate, as the rents are getting very expensive.

We all get fairly decent holidays, as we shut over Christmas and new year, plus everyone gets their birthday off too. There’s a lot of trust between us all, so as long as people are getting stuff done and putting their hearts into it, then we can be more flexible in other places.

“We try to employ really nice people, and the rest looks after itself.”

We all work on self-initiated projects here. A big thing we’re working on at the moment is a documentary project called Postcards, which has been set up in association with Sheffield Doc Fest. It’s a series focused on innovative storytelling, for both young and established filmmakers to pitch ideas for, and right now we’ve got about ten on the go. It works like a competition, and the grant is £5,000. Sometimes Just So has been approached for a collaboration after people have seen the Postcards films, and it has been a great way of working with really exciting talent, such as James Newton – a great documentary maker. He just made a film with us in Russia [‘Black Snow’], set in the world’s most northern and polluted city, where people have a life expectancy of about 55.

The studio environment is pretty relaxed, and we’ve currently got about three dogs and three puppies here! Jessie and Sarah, our culture managers, are like the beating heart and soul of the studio – they come up with loads of fun initiatives that make it a nice place to work. Every pay day we have a picnic in the office, where everyone brings in food. We also do a lucky dip every month, where four or five people are drawn from a hat and go and have lunch together. Basically we try to employ really nice people, and the rest looks after itself.

‘Kingston All Stars’ for Clarks, directed by Scott Carthy, 2016
‘For the Love’ for Alfred Dunhill, directed by Jonny and Jono, 2015

From interior designers to video editors, Zendesk Design reveals its inner-workings and unexpected roles
In the Studio With

Inside Sky Creative Agency, the UK’s largest in-house creative advertising team
In the Studio With 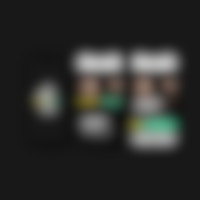 Behind the scenes at DixonBaxi, the agency infusing bravery into branding
Advice