From flamboyant flamingos to wise owls, director Joseph Mann’s Christmas ad for retailer Intu features a flock of avian puppets each inspired by a different type of shopper. The £350,000 45-second ad was brought about by a whopping 48-strong team and took 4.5 months to complete. The sets were designed by Joseph’s friend and fellow Blink signee, illustrator Kyle Bean, and Joseph roped in expert puppeteers from West End show War Horse to bring the birds to life.

When creating a TV and print campaign for UK retailer Intu, advertising agency Now approached London-based director Joseph Mann via his agent Blink, asking to work with him specifically. “That doesn't happen that often,” explains Joseph. “Normally scripts come in and then it's up to the executive producers to work out who would be right for the job – but this one came direct to me.” The tactile and charming nature of Joseph’s previous work (which includes an ad for Soreen where the anthropomorphic sweet loaf wanders about in a pair of tiny yellow shorts while humans break off and munch its torso or a series of Churchill slots, where damaged car parts bemoan their demise) made him a ideal choice for a Christmas ad.

Joseph was asked to pitch for the project based on a one-page brief detailing a loose concept that correlated different types of Christmas shoppers to different birds. “At that point there was no narrative, so I suggested doing the ad like a little story, following these characters through the 30 seconds.” Joseph developed his treatment over two weeks, meeting the client to discuss concepts. "Often with commercials you can be quite distant from the creatives,” he explains. “They keep you at arms length, but this time around they were really friendly and they wanted to hang out. I think that way you end up in a much better place creatively because it means you can talk through ideas.”

The Loveable Loaf for Soreen, 2014

The agency had conducted research to identify seven types of Christmas shopper (panic buyers, window shoppers, wise consumers that buy early, the excitable who enjoy the experience, bargain hunters, shoppers with kids in tow, and those that buy for mainly themselves) and had assigned a different bird to each characteristic. For the pitch Joseph put together a 12-page written treatment that included a concept, character designs, storyboards and even a script. The agency handled most of the research into competitors as well as putting the concept into research development after awarding Joseph the job. “Sometimes the process can be slowed down because the client will want to kickstart production while the script is still in research,” explains Joseph. “You're told you can start but that things might have to change – sometimes it can get a bit frustrating and messy.”

“Normally scripts come in and then it's up to the executive producers to work out who would be right for the job – but this one came direct to me.”

Following his previous experience working with puppets – such as in Cravendale’s Barry the Biscuit Boy (a charmingly eccentric 35 second slot which sees poor Barry dissolve in a lake of Cravendale after swimming too long) – Joseph was keen to use them again, but to create a point of difference by including the puppeteers in shot. His research into theatrical productions included visual references to musicals like War Horse and The Lion King as well as his own projects. “It helps to reference work you’ve already done if you're trying to win a job,” says Joseph. There was also a wealth of original concept art created for the pitch – Joseph estimates 80% was drawn bespoke. “Generic visual references give the idea of tone, but it's difficult. If you put something in that isn't quite right, your client can tend to take it quite literally,” explains Joseph. “Drawing something as it's actually going to look is better, but original art and storyboards cost money, so you have to weigh it up.”

As the client loved the concept and the characters, Joseph got the green light to start pre-production almost directly after winning the job and began to assemble his team. “I've been making commercials for five years now, you slowly build up a group of people that you in enjoy working with and that you get on with,” says Joseph. Each art director then puts together their own crew, and the DOP does the same. “It tends to fall together quite naturally and quickly.” Because he wanted to go down the avenue of minimal set design and a theatrical route, he also appointed fellow Blink artist and friend, set designer Kyle Bean, Joseph work as a production designer and expert puppeteers from War Horse were brought on to the project.

Because of the huge number of sets and puppets that needed to be created, the build (including testing materials, sculpting clay models, casting, painting, and adding and testing mechanisms) happened at the same time as the script and storyboards were being fleshed out. During this part of the project Joseph’s roll was to jump between the production team, which was headed up by an art director and included the puppet-makers (tailors, welders and sculptors) and production designer, the film crew and the client. Joseph recorded every step of the process – from character designs and the puppet mechanisms to how they would walk and jump – using photography and film and presented them to the client. He created 16 documents in total, five of which he presented to the client in person. “Good communication is such a big part of a client relationship,” says Joseph. "As soon as a client doesn't feel like they're involved then they start digging their heels in and rightly so – they are the ones spending all the money.”

“We could have done with another two weeks, but you often feel like that.”

After nine weeks of build time, the puppeteers were brought in for rehearsals. Choreographing them so they didn’t block the puppets, the set or the light was once of the project’s biggest challenges. Typically puppeteers perfect their movements by using a monitor that shows them what the camera is recording – not an option when they’re also in shot. “I wanted all the attention on the puppets,” says Joseph. “If the audience was wondering what the puppeteers were looking at off-screen then it would have been weird. It meant they had to work pretty much blind.” Joseph planned enough rehearsal time (three days, plus a few hours here and there) so the team could get used to the unusual process and the heavy puppets. “I wanted to make sure that on the day everyone knew what was happening, and they could just do it, without really thinking about it.”

The shoot itself took three days in total, with one day for pre-light and one day shooting a stills campaign to accompany the TV ad. Because of the nature of the film, there was minimal post-production aside from cleaning up a few dirty footprints. Joseph worked with editor Max Windows from Stitch to edit the film and fellow Blink artist Major Tom worked on the sound design. Post-production and editing took around 10 weeks. 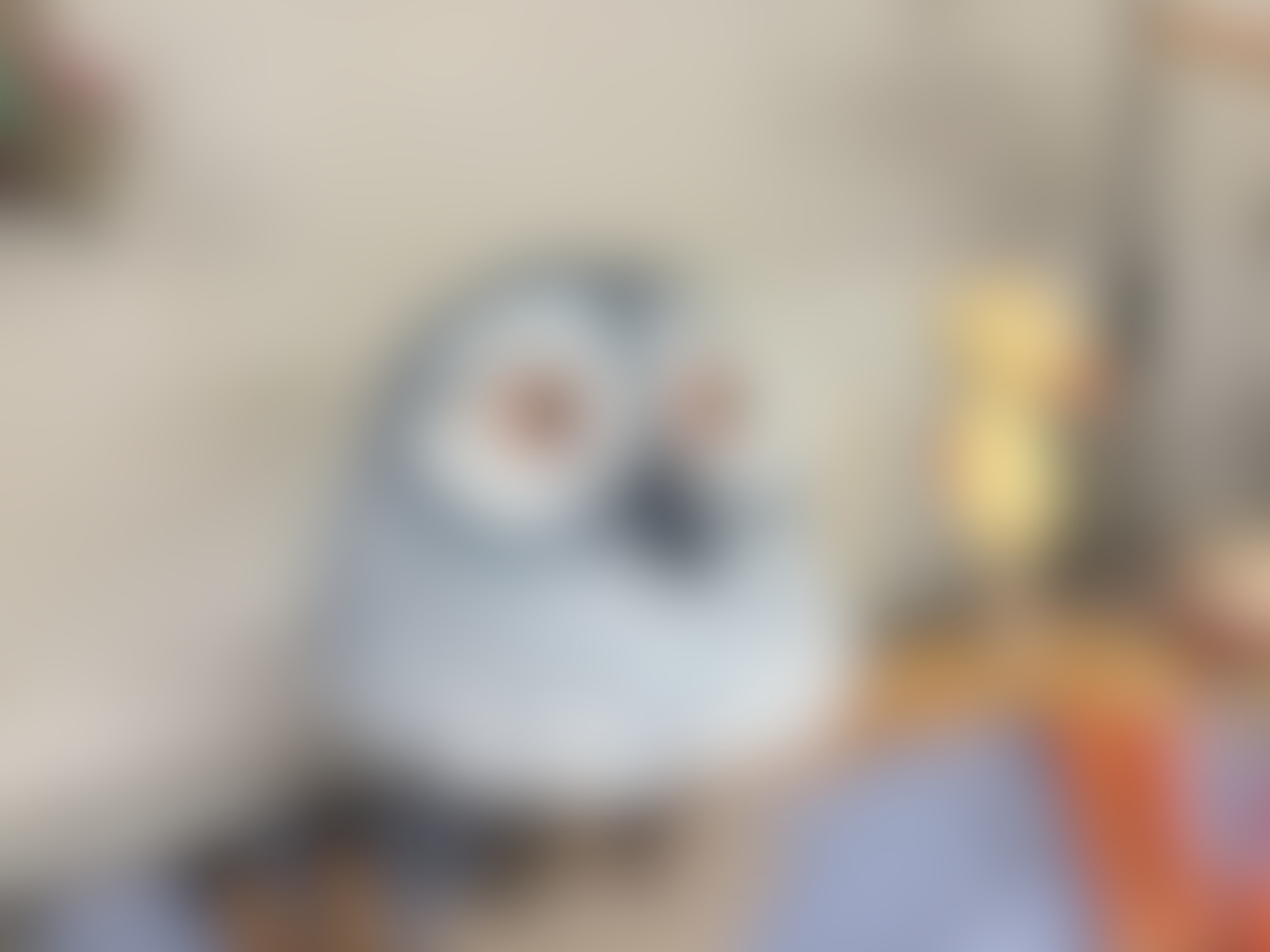 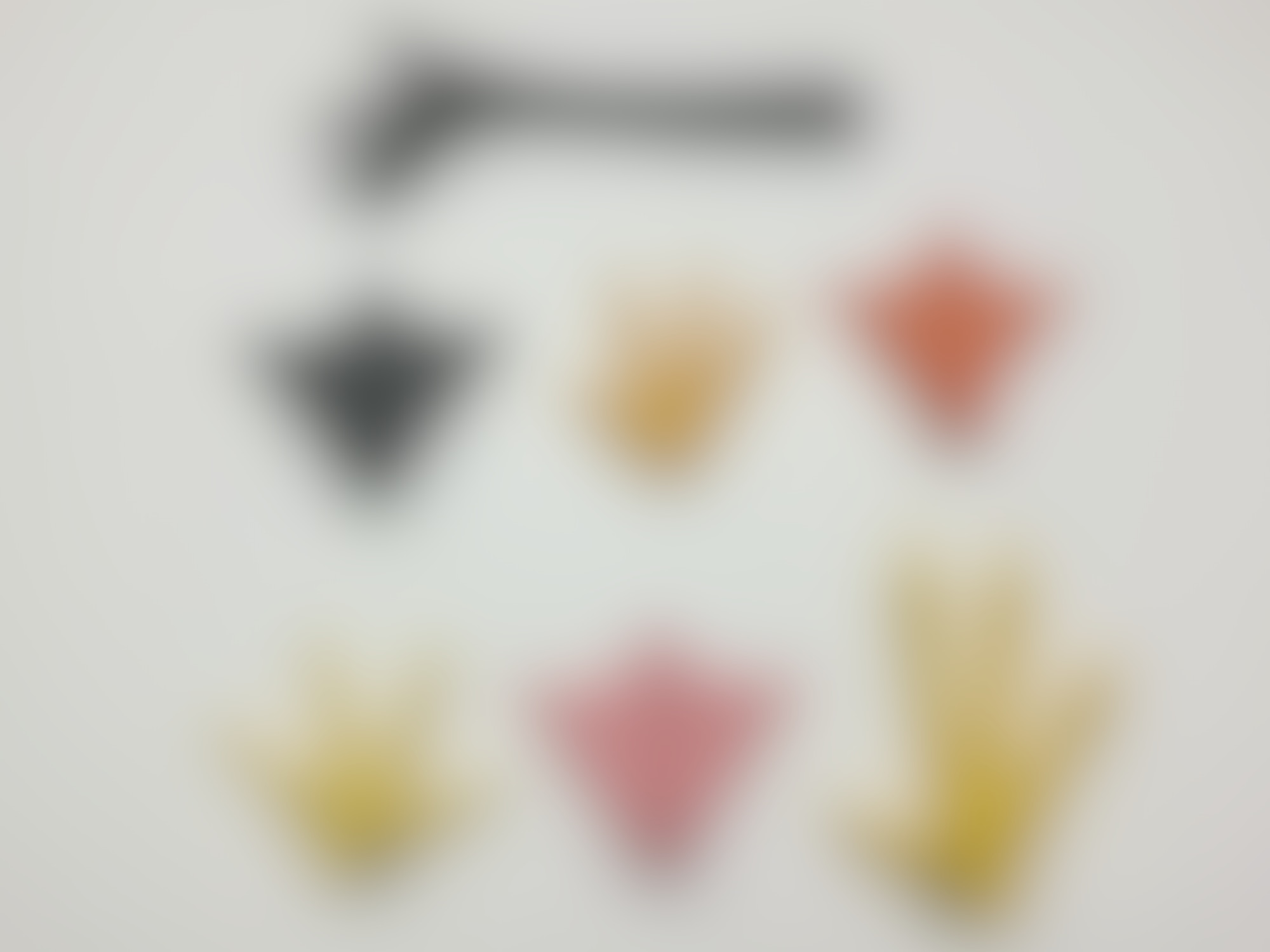 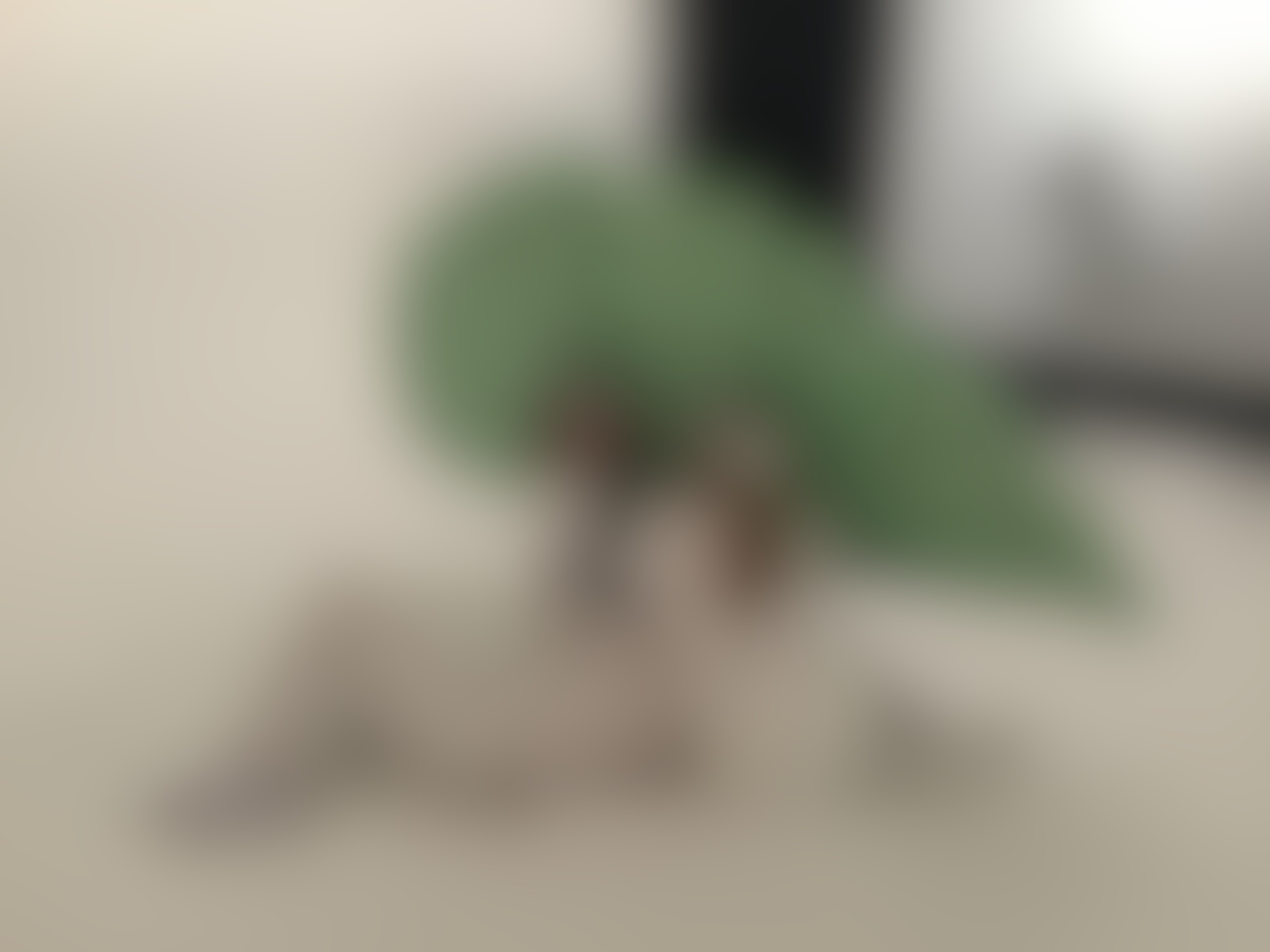 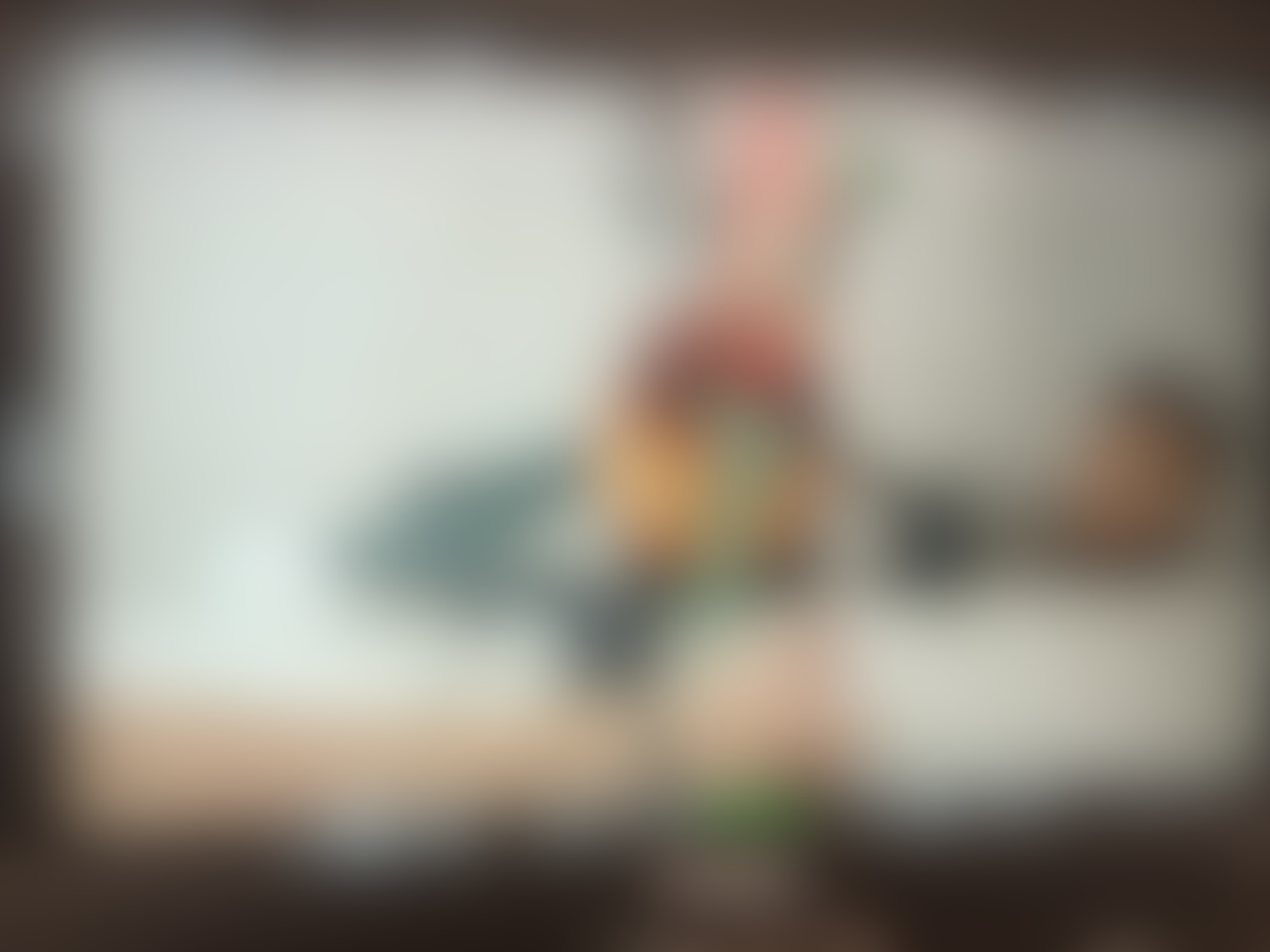 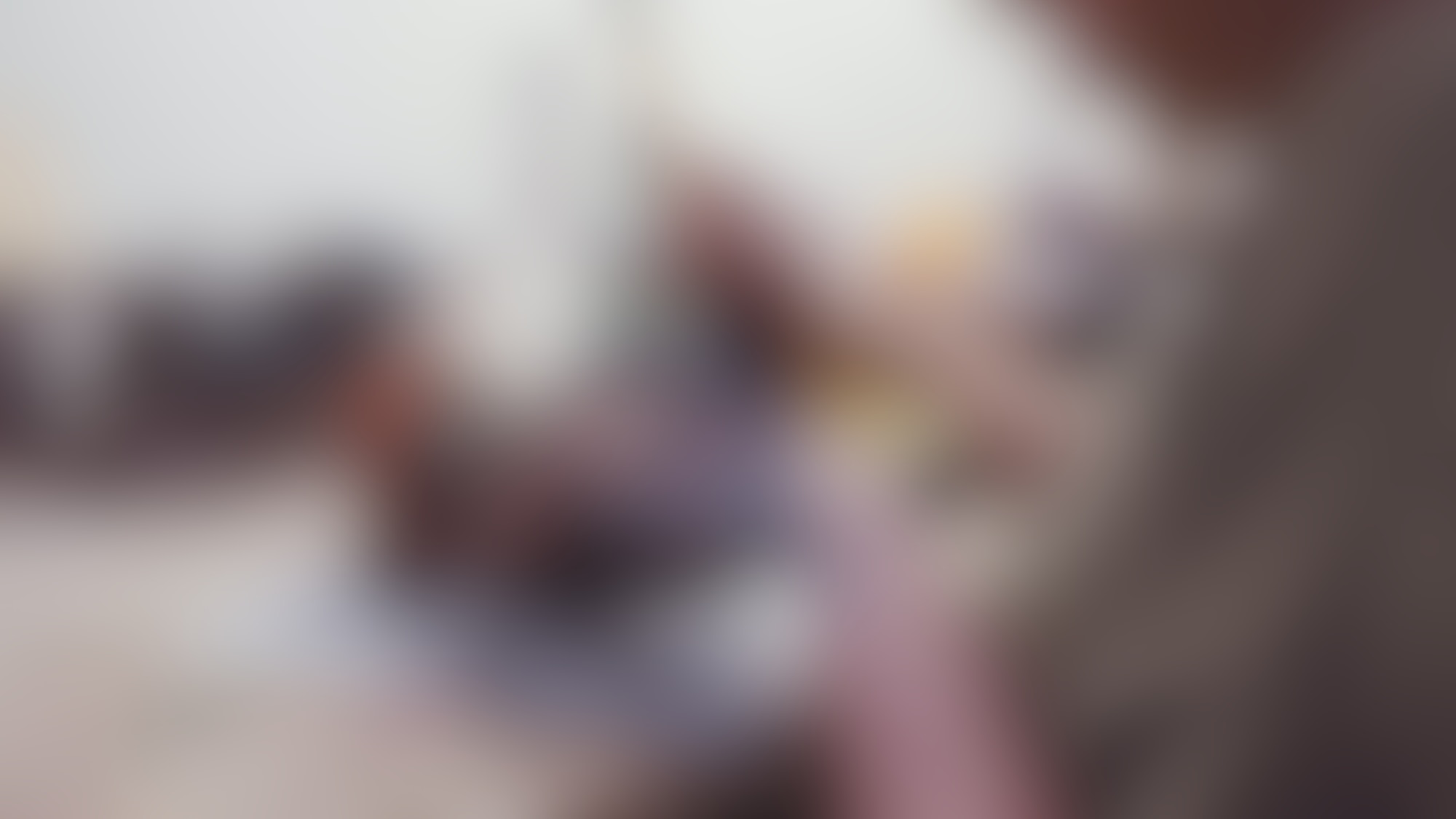 The 45-second slot was delivered to the client with a making-of video, that the agency had requested and funded. “We didn't want anything with talking heads in, just a simple behind-the-scenes film that showed the process,” says Joseph. Ad agency Now came on to set to shoot some stills of the puppets that it developed into a print campaign separately. The most challenging part of the project was the short amount of build time to develop so many puppets. “We could have done with another two weeks, but you often feel like that.”

With most projects, the client will often five you an idea of how the ad is doing. “Often you don't realise how much the client has liked a piece until they come back and say that they want another one,” says Joseph, “but that might not be until six months later.” For the Intu ad the feedback from the client has been overwhelmingly positive. “I feel like the client here was really brave,” says Joseph. “If you look what they've done in the past, this was quite a big step.”

The Christmas Shoppers for Intu, 2016

Creative Lives
From freelancing to passion projects, filmmaker Quinn Lovero is no stranger to self–teaching
Creative Lives
Director and photographer Jay Seba on why working with friends is best
First Hand

Celebrating single Black mothers: Filmmaker Timi Akindele-Ajani on the process behind a two-year side project

Matching Gucci suits and puppies: Behind the scenes of directing duo Us’ music video for Harry Styles
Creative Lives
“What’s the worst that could happen?” – writer and director Peter Marsden on film, finding your own path and being fearless
Parts of the Process

Director Fred Scott used an iPhone to shoot an eight-minute documentary for Boat Magazine
Creative Lives
Photographer and director Leonn Ward: “Have a strong vision in mind, and just don’t stop until you’ve done it”
COOKIES