After graduating from Central Saint Martins in 2016, director Jocelyn Anquetil was determined to work in the world of VR-based set design. Starting out, Jocelyn split her time between working in a pub and freelance projects, before later securing a role as a runner at creative production studio, The Mill. The rest, as they say, is history. Currently working exclusively for Pulse Films, Jocelyn’s gone on to direct promos for the likes of King Krule and Ashnikko, worked on adverts for Adidas and even had one of her Instagram filters be used by Rihanna. Here, we speak to Jocelyn about balancing work that pays the bills with that which fulfils you creatively, finding inspiration in B-movies and why “knowing how to stay chill is a biggie”.

How would you describe what you do?
I spend most of my time working as a director of music videos, short films and commercials for a really broad spectrum of clients. My job is basically coming up with the ideas and overseeing their execution – from concept and pre-production to the shoot, post-production and delivery. On set, my job is to make sure everything we planned happens, that it looks great, and that we capture the best footage we can in a very short amount of time.

When I’m not directing, I also spend time creative-directing a variety of projects. This role often has many different forms, from CD’ing AR effects for Instagram, to event or festival design, to creative-directing musician’s visuals for a whole project. Creative-directing is pretty similar to your standard directing, except there’s usually not a shoot involved, or if there is, I will help hire in a director to take on a video project and I will oversee it with the general project concept in mind.

Finally, when I find time, I also work as an artist. My practice mainly revolves around immersive experiences that sit on the boundary between the real and the virtual. As an artist, I have exhibited a number of VR works and installations across Europe, including the Royal Academy, BFI Southbank and CENTQUATRE-PARIS. 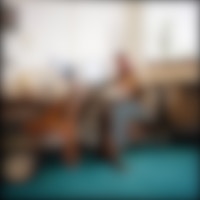 Jocelyn and DOP Anna Macdonald on set for Declan McKenna, by Reuben Bastienne-Lewis

How would you describe what you do with Pulse Films?
I am signed to Pulse Films as a director for music videos, commercials, and any film content. This means that in a directorial capacity, I only work with Pulse Films, and they are the only ones that represent me.

I’m not technically part of the team as I’m not employed by Pulse Films and don’t work with the same people there on a day-to-day basis; I’m more of a freelance contractor under an exclusivity agreement. But I do feel part of the team, even though I’m a reasonably new signing! Pulse Films help me find jobs such as music videos and commercials and help develop me as a director. Then, when a good project comes in, we work together to create it, with me as the director and them acting as the production company – managing production, budget and so on.

If you could sum up your job in an emoji, what would it be and why?
🥴 I think this speaks for itself, to be honest.

What are the main influences and inspirations behind your work?
When I have a proper think about it, most of my influences lie in pop culture or what was on TV when I was growing up. I always find myself referencing cartoons or films that I watched as a kid that somehow creep back into my mind when I’m coming up with ideas. I don’t know how many times I’ve referenced The Simpsons or Ren and Stimpy, and endless chick flicks.

I also find a lot of inspiration in B-movies and old sci-fi films, particularly ones that are a bit backwards in their portrayal of women, or ones with almost laughable scripts. This also extends to any kind of off-the-wall comedy that similarly has outdated characters or themes. A lot of my work is characterised by a tongue-in-cheek approach to our modern world as well as the female disposition, so I guess this makes sense.

I also find a lot of inspiration from dirty magazines and sexploitation movie posters from the 60s through to the early 00s. There’s some really bizarre and risqué imagery in there, as well as outdated articles, views and opinions that I find really interesting as a conceptual starting point.

“I don’t know how many times I’ve referenced ‘The Simpsons’ or ‘Ren and Stimpy’, and endless chick flicks.”

Would you say you need any specific training for what you do?
As far as I know, you can go and study at film school, and I know there’s many benefits to that. But obviously that’s not something I’ve done.

I guess the skills you need are being able to create original ideas and concepts that work in collaboration with the audio that a musician has created, or the style of a brand or client that wants to work with you. It’s also important to be able to manage a team and forge strong, goodwilled relationships with people. For me it’s all about collaboration while remaining true to your original ideas. You need to believe in yourself and your ideas, but also be open to other ideas and feedback.

Being able to keep a cool head is important, too! There’s a lot of stress in this job, so knowing how to stay chill is a biggie.

What was your journey like when you first graduated?
When I first graduated I continued working at the pub I’d been managing during the last year of my degree. I started doing odd projects and commissions, mainly in VR and live experiences, working on projects with UAL, Bestival and Boomtown.

At the time, I really wanted to be a set designer or to design gigs and tours for musicians, so it was a good move for me. I spent a year and half bouncing between the pub and running my own VR stage at Boomtown and doing a few exhibitions of VR art pieces I’d made, but I wasn’t really making any money at all.

It got to a point where I needed money, so I got a job as a runner at The Mill – still with the intention of solely pursuing VR and live performances – and then everything just kind of developed from there. I still feel like I haven’t found my feet to be honest, and it’s been five years!

Rihanna using the Instagram filter Jocelyn made for Diplo

What would you say has been your biggest challenge along the way?
Not feeling like I’m still on my way. I find it hard to feel satisfied with where I’m at in my career, or that my work is accomplished enough. I realise I graduated however many years ago and I panic; “I should be somewhere else right now”. But if anything, thinking like that is your worst enemy. It’s always good to strive for more, but you should appreciate what you’ve done on the way and feel proud.

“It’s always good to strive for more, but you should appreciate what you’ve done on the way and feel proud.”

I’d say just don’t get too wrapped up in it all. When you make something, make sure you share it. But don’t panic about not having shared anything for a while. Share good things when they’re ready. Engage with people, but if someone you’re following is making you feel crap about not doing enough, just unfollow them. Keep the pressure off yourself and focus on what you’re making.

What have been your greatest learnings with making money and supporting yourself as a creative?
There’s work for the bank and work that you show. The reality is, most of the work you want to make – the really creative stuff that is the essence of why you do anything – isn’t going to pay you any money, unless you’re really really lucky. You will always have to do work or make work that pays bills, however frustrating that is, but trust me everyone has to do it.

Just see it as a way of supporting your true passions, and hopefully it’ll be a booster to get you to a place where the work you make for yourself pays the bills.

How did you go about landing your first commissions?
Literally through friends. A lot of your first opportunities will likely come from people you know. Take full advantage of every contact you have, and while you’re starting out make projects with friends. Practice, get the quality level up and get it out there. Then you’ll be able to land clients and commissions from people you don’t know.

What’s the best career-related advice you’ve ever received?
I’m not gonna lie to you, I don’t even know. I don’t think anything has ever really 100% stuck with me. I guess to paraphrase some things I’ve been told… If you want to succeed in an industry then dive in head first and get to know its past and present. Know the territory you’re entering so you can work out where you can leave your mark.

What advice would you give someone looking to get into a similar role to you?
Make things. Don’t wait around for someone to give you an opportunity – if you want to make something then, find a way to do it. It doesn’t have to be blockbuster quality, just get your ideas down. Visualise and materialise. People need a reason to remember you, to know your style, to want to work with you – so give them one.

And finally, harass people! Offer to assist people you admire, or work on their sets – don’t be shy!

Interview by Indi Davies and
Creative Lives
Director Akinola Davies: “People don’t tell you it’s going to take a while – you won’t be great to begin with”
Creative Lives
From Gardeners’ World to going it alone: Freelance director and filmmaker Will Dohrn
Parts of the Process

How filmmaker Elliott Arndt made the most of his network, and Facebook, to create his latest music video for City Slang
COOKIES