Written by Will Hudson

Creative Lives is a podcast series profiling interesting creative careers – from how they identified an interest in the industry, to their formal education and landing their first job. This episode was recorded on 20 April 2016 and the guest was London-based film-maker and director Andrew Telling.

Andrew begins by discussing the structure of his work, which is split between commercial campaigns, branded content and personal projects. He describes a typical week, which involves juggling work with clients, budgeting, organising and any shoots that may be going on, in addition to any treatments coming his way through the production company Caviar. Working on these involves working closely with writers, visual researchers and representatives from the client, and the collaborative atmosphere is part of what makes his work so enjoyable. “I like the family mentality of it,” he says of shooting, relishing the change of pace from solitary freelance work.

He came from a degree in media and culture studies at Kingston, and found his way into film-making through a job as a production assistant in a small agency, where he learned how to produce small-scale shoots, edit, and deal with clients. When the recession hit, the company folded and he took a part-time job to pay rent while experimenting with making films about artists. Largely self-taught, without the formal training of a design background, he acknowledges that his route into film-making was unconventional, and that this meant that he lacked confidence at first, but that he eventually built up experience and became more self-assured.

On the back of the success of his collaboration with painter Conor Harrington, Crossing Lines, Andrew began to seek out commercial work alongside personal projects, building up a portfolio through making several more films with Conor. This body of previous work, alongside a mood film he had made, was instrumental in winning him a competition to make a film for Rapha, which proved to be the first of several projects on which he worked with them, and brought him more work in that commercial sphere.

Andrew goes on to discuss the point at which he felt confident that he could make a career of this. His first year was a success, but the second much harder, with projects hard to come by. “I think the last two and a half years have had more stability,” he says, “and that's come from doing a mixture of personal projects and growing commercially.” Getting the balance between the two correct has proved crucial to not only his financial success, but also his career as an artist: people commission him to create work similar to work he has already done, and so he uses his personal projects to develop as a creator.

This has also helped him deal with rejection. When commercial work dries up, Andrew's personal projects help keep him working and focused. Asked if he would do anything differently, he replies that keeping his part-time job for longer would have given him more stability and left him better placed to make decisions when commercial work came his way. “Also,” he says, “have an accountant.” 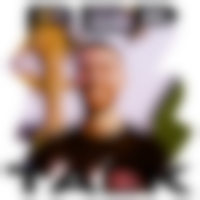