“Ladies and gentlemen, rock and roll,” were the words that launched MTV in the US on August 1st, 1981. At a time when music videos were still relatively unusual, the Viacom-owned station soon revolutionised the way that music was consumed. MTV’s cultural legacy is monumental, not only for the way it popularised the music video and music award ceremonies (with the VMAs and EMAs in Europe), but also for its own branding. ‘MTV generation’ became a widely used term, and the logo is among the most recognised of our time.

As MTV expanded, so did its popularity across the globe, and in 1997, a London office was opened. Now set within a grass-covered building in Camden, also housing Nickelodeon, Channel 5 and Comedy Central, the London team are responsible for output in the UK and Ireland, across MTV’s main channel and nine additional music channels. As part of their remit, the 13-strong creative department are tasked with upholding the company’s iconic visual identity, working on everything from promos for MTV-owned programmes to overseeing the look and feel of the recent EMAs in London. We spoke to creative director Kate Dunn to find out how the company’s character translates to its working culture.

As the in-house creative department for MTV and its 11 music channels, we’re responsible for creating all of the on and off-air promotional content and channel branding. We’re basically like an agency, but we just have one client.

As a small team, we’re always juggling a variety of projects, everything from channel rebrands to launch campaigns for new shows, photoshoots, promo shoots and then the day-to-day editing of clip-based promos (or trailers as you might know them). As we are a global brand we split the workload with MTV International [based in New York and Buenos Aires], taking on different projects depending on the show or campaign.

The MTV International Team will take work or assets we have made and amend them for different markets. We will do the same with theirs, for example we run the campaigns of the UK shows like Geordie Shore and Ex on the Beach, whereas they will send us promos for Internationally commissioned shows and have just done the entire rebrand for the main channel.

“We’re like an agency, but we basically just have one client... It’s our job to give the channel a voice and a tone.”

Outside the MTV office in Camden

MTV has had to adapt to a whole new TV landscape, but as a brand it still remains anarchic, innovative and brave. Our main focus has always been on youth, so fun and irreverence stays central to everything we do. Our challenge as a department is to make sure that the MTV philosophy comes through in all of our work; it’s our job to give the channel a voice and a tone.

The department has been around since 1997. As MTV has changed so has our department, because its content will always inform how we promote it – new content means new ideas and new directions. I still think the initial spirit of MTV has remained though. Compared to other broadcasters, we change our on-air identity often, meaning there are always fresh looks and identities on the screen. This gives us the opportunity to try new things and keep our look fresh and relevant. Since we are youth facing, we understand the idea of constant change and growth.

The MTV logo is still one of the most iconic pieces of brand design in the world and it’s really exciting to be able to lean on that heritage and still build on it. It has had some subtle changes over the years but it plays a central part in our branding, whether it’s promos, posters or event logos. Its lack of dependency on a colour scheme has meant there have been hundreds of iterations of it, and there are seemingly endless options for the future as well. 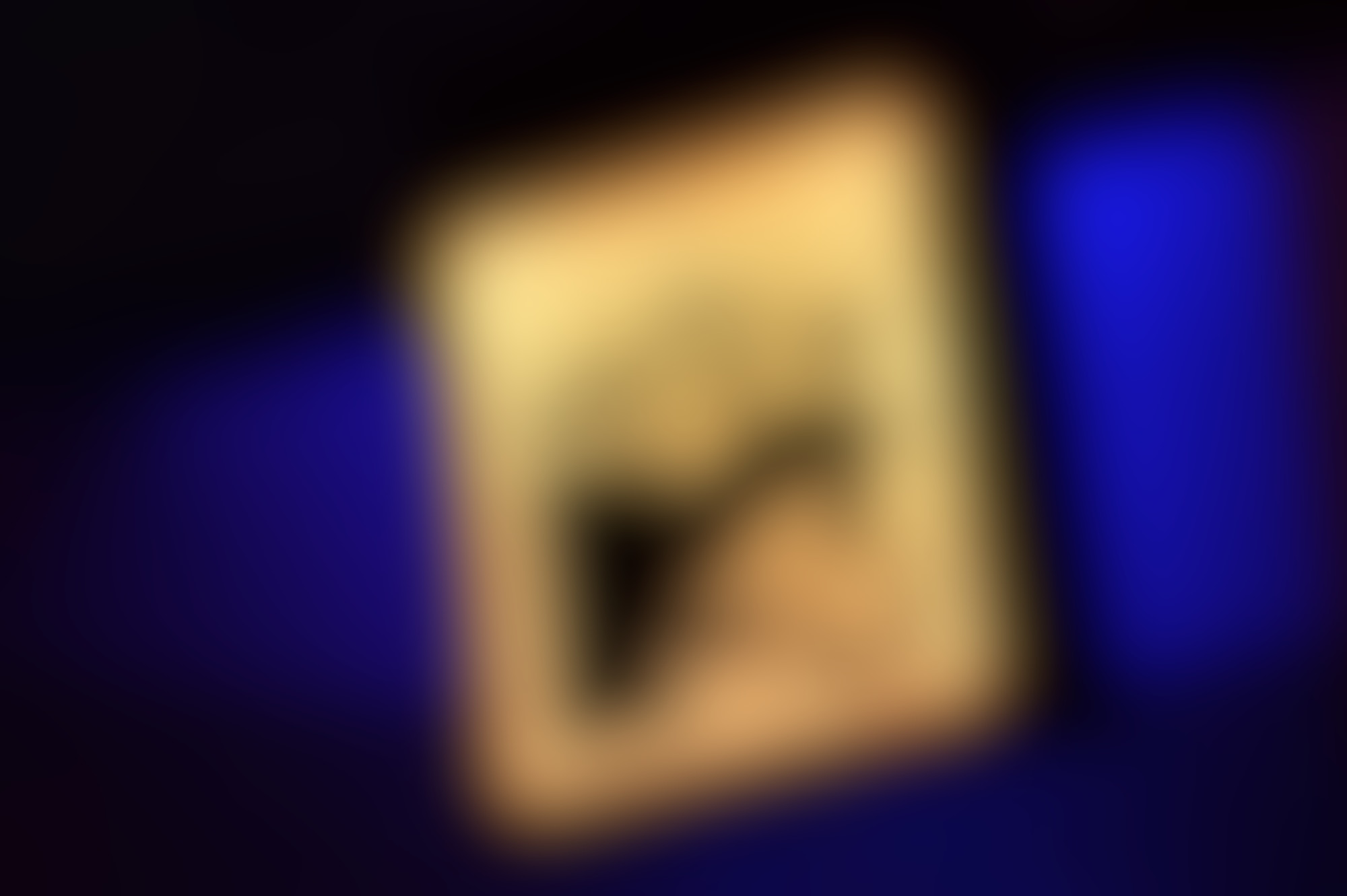 MTV Creative’s work for the House of MTV, held at Hackney House during MTV Music Week 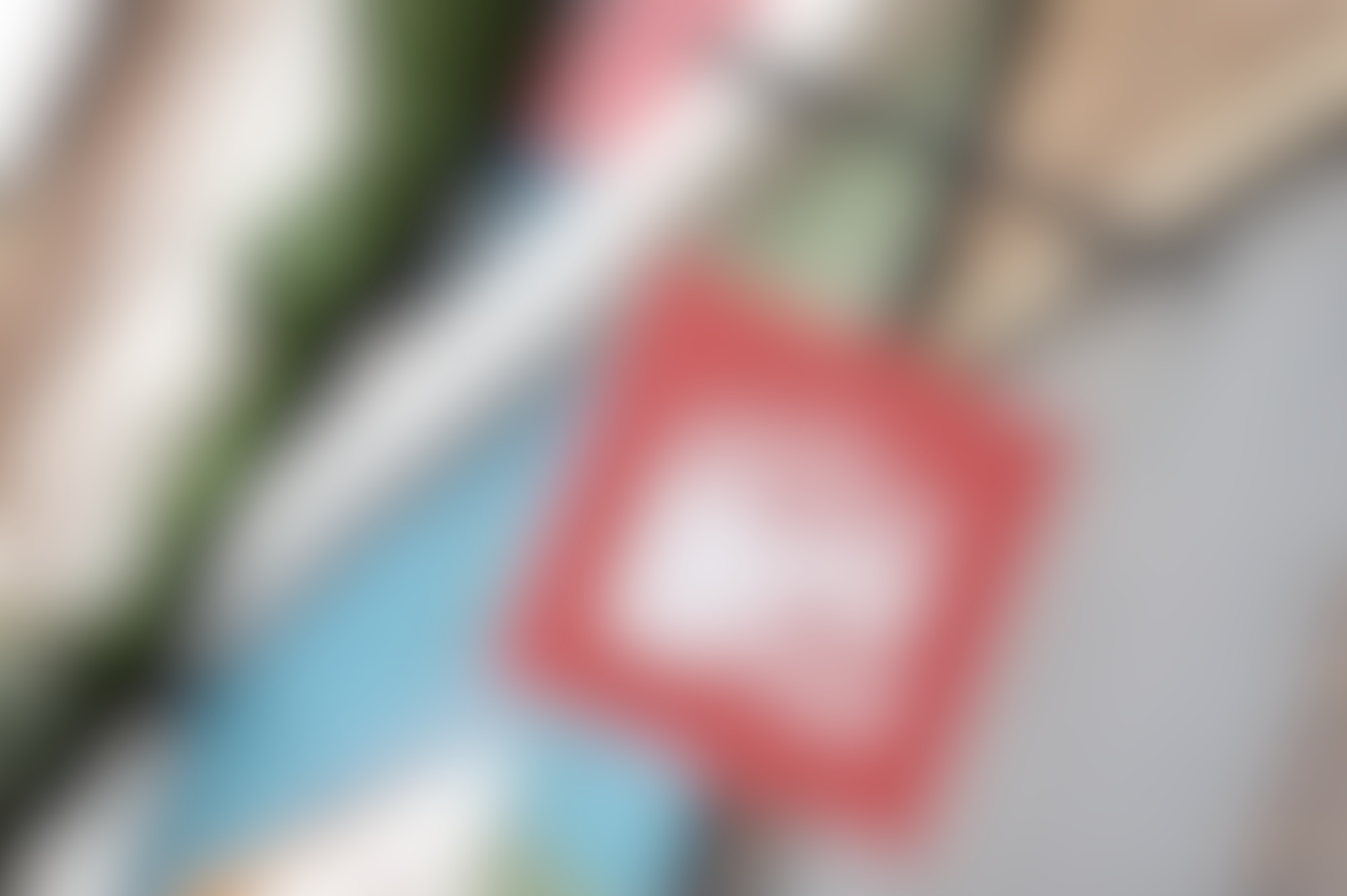 MTV Creative’s work for the House of MTV, held at Hackney House during MTV Music Week

MTV is the UK’s number one music television network for 16 to 34 year olds, a position it has maintained for nine consecutive years. Often people forget that music is part of our DNA, and still very much at the heart of what we do.

One of the biggest projects that we undertook this year was for the MTV EMAs, which took place in London in November. In the lead-up there was a greater focus on our commitment to music. We started early, creating a brand spot called Music Makes Us, to celebrate its relevance on the channel. Working alongside MTV International and the graphic design company Hello Charlie, we were tasked with creating all the branding for the EMAs. This meant branding the SSE Wembley Arena, Oxford Street, Camden and more, and making as much noise as we could about the awards within budget.

“The MTV logo is still one of the most iconic pieces of brand design in the world and it’s really exciting to be able to lean on that heritage and still build on it.”

Some of MTV’s early idents

We also created artwork to be projected onto City Hall, a window display on Regent Street and commissioned four street artists to come up with bespoke designs for four giant EMA statues (in Trafalgar Square, Boxpark Shoreditch, Wembley and Camden Market). People could then win tickets to the show by taking selfies with them. In addition, we oversaw the branding of Music Week, which celebrates all things music in the lead up to the EMAs. This involved an Unplugged gig at the Roundhouse, the comeback of legendary show Yo! MTV Raps and a takeover of Hackney House, which hosted, gigs, panel discussions and parties.

We have a ‘make list’ which is overseen by our production manager, and then jobs are divvied up, depending on the size of project and expertise. So, graphic design jobs will be assigned to different designers, and promos will divided up between the team. 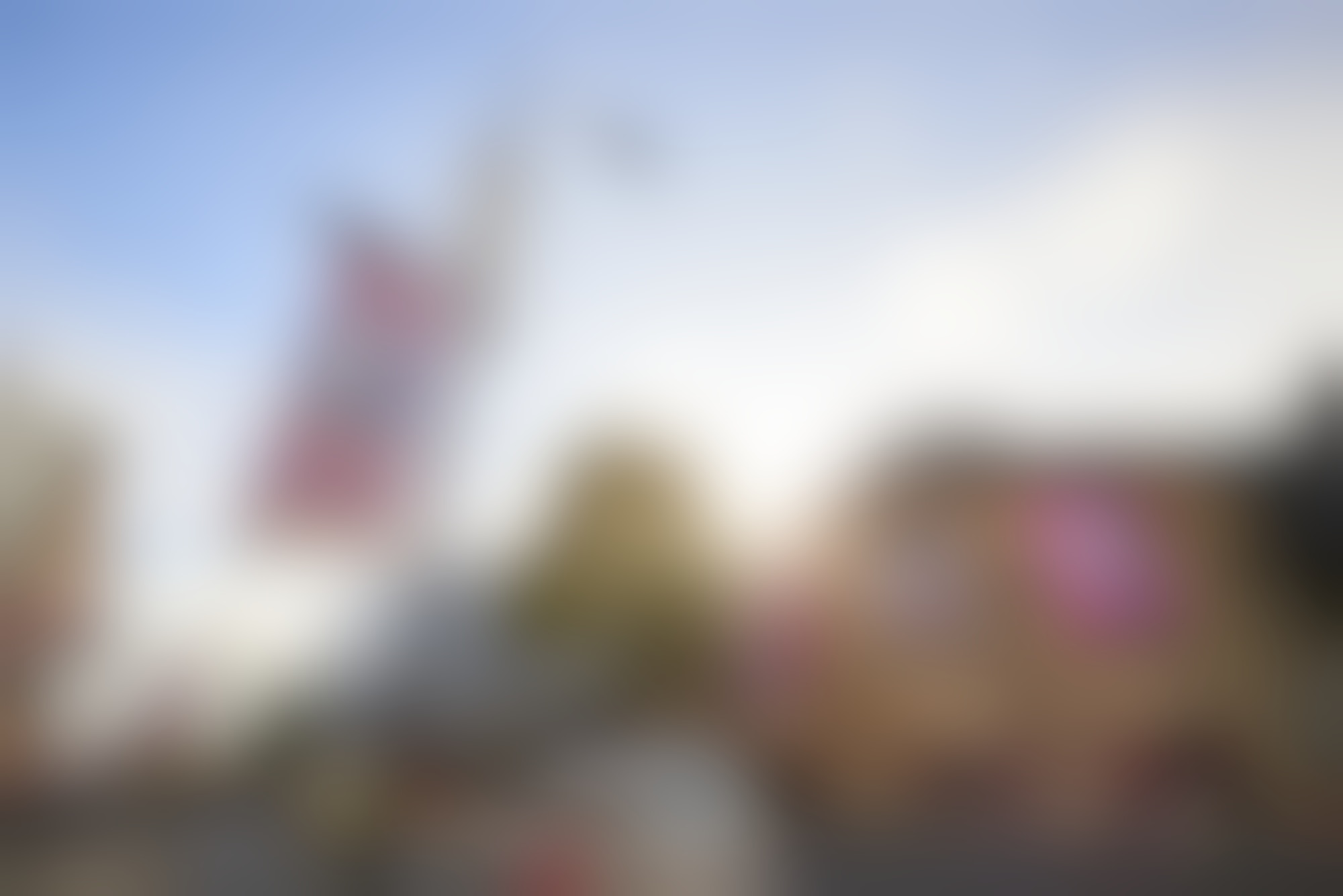 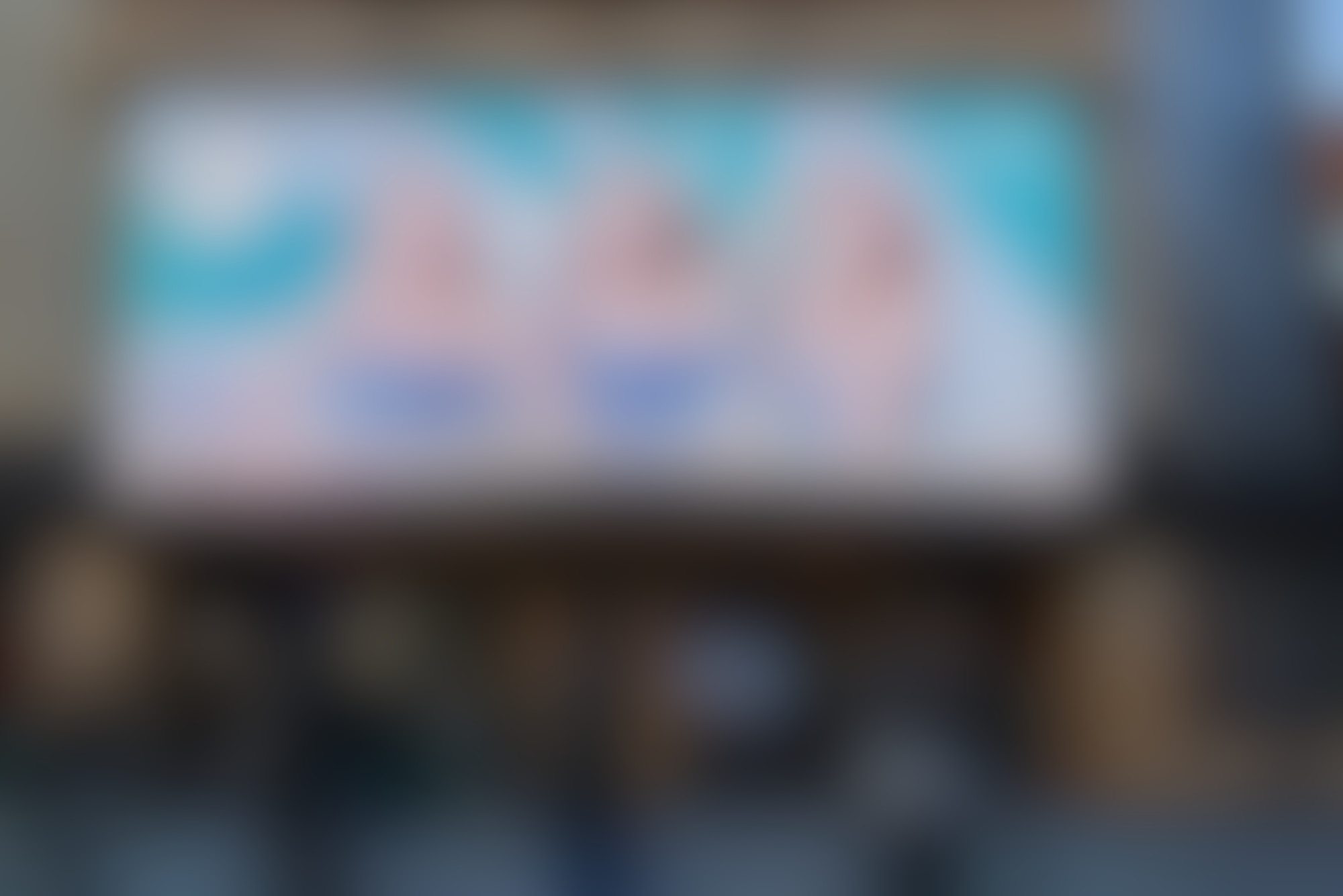 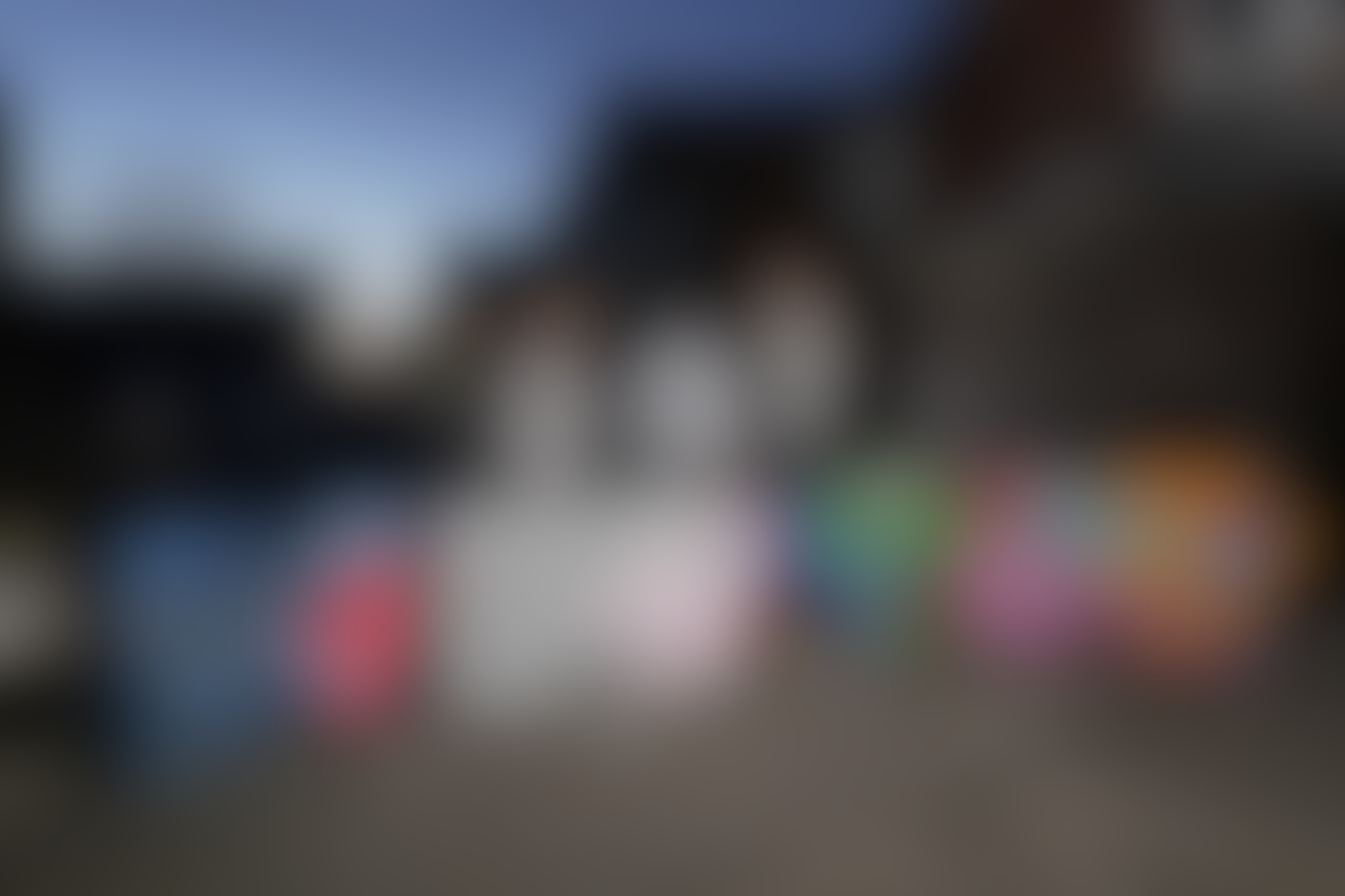 As part of the EMAs, four street artists were commissioned to come up with bespoke designs for four giant EMA statues (in Trafalgar Square, Box Park, Wembley and Camden Market) 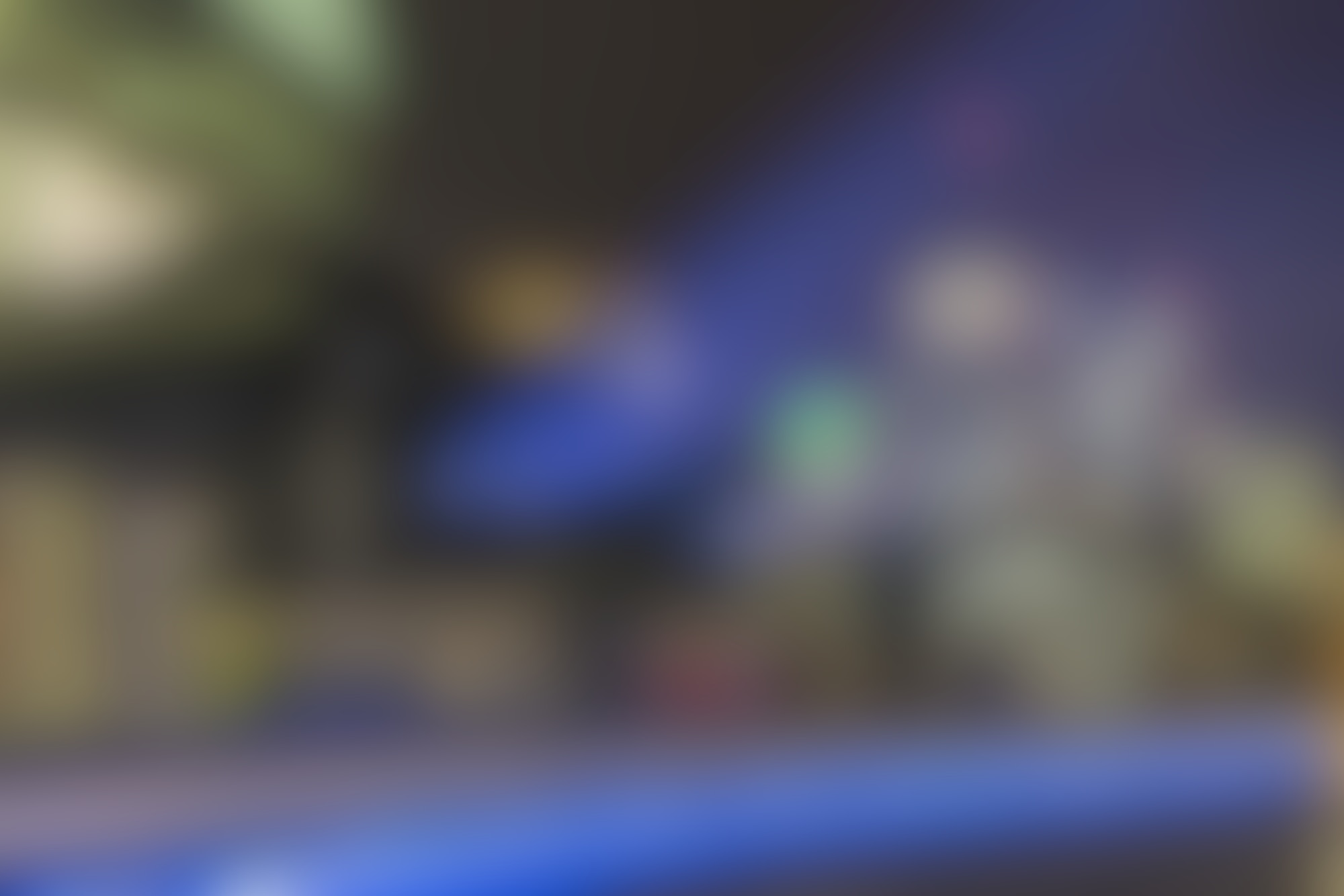 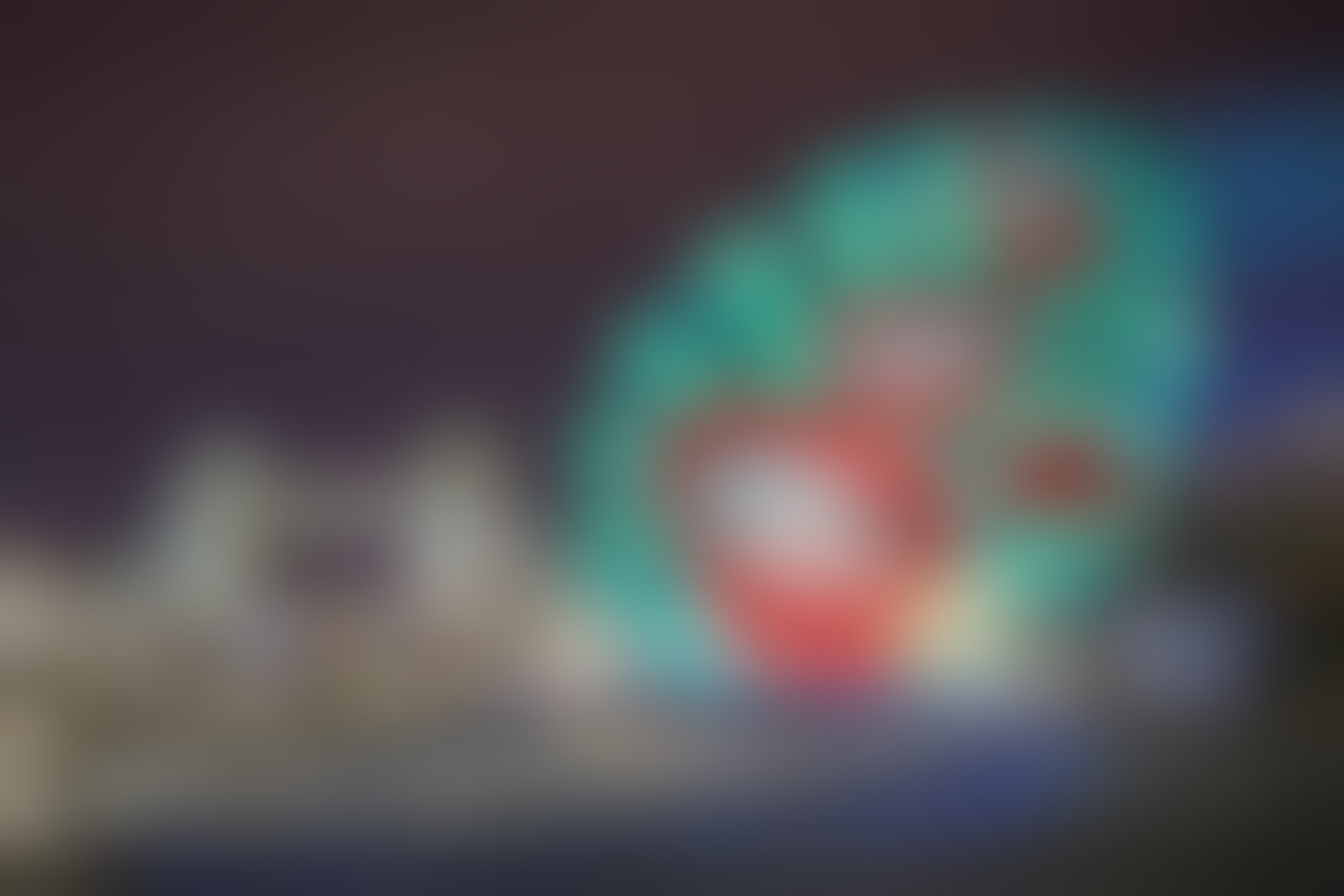 Often a creative and a designer will be assigned to the same job, and will work together on it. The more senior members of the team will take on launch campaigns, which will often involve a shoot and creating some key art. We try and match people as best we can based on their skills and experience. I will oversee all of it and have final creative sign-off before it goes to marketing.

On bigger rebrand projects, such as the Official Charts, we will work with external companies. These are often graphic-design based studios – recent examples include Weareseventeen and Marshall and Broome. For these, I’ll oversee the projects alongside our senior designer.

The creative team is divided into: head of creative and marketing, a creative director, four full-time creatives (also known as promo producers), two graphic designers, two creative assistants, a project manager, a production manager and an intern (who is also a designer and illustrator). Then we usually have about three freelancers in, who are often regulars here and can pick up extra work that our staff creatives can’t.

When we’re hiring for new members of the team, what we look for will depend on specific skill sets needed for a job. A promo producer will need to be an excellent all-rounder; creative, able to edit, write scripts and direct VOs (voice overs) and potentially direct shoots, depending on their position.

“When I was at school, there was advertising and there was television, you never thought about the people that were making the trailers.”

In designers, we look for someone who understands the brand, and is not only technically talented but has a sense of fun in their work. And then for a producer we obviously look out for a great organiser and multitasker. For me, alongside all of these qualities, it’s important to have people that can work together as a team.

We don’t really have any wildly unusual job roles within the team. For a start, most people don’t know that this little corner of the business exists. When I was at school, there was advertising and there was television, you never thought about the people that were making the trailers.

MTV is part of a bigger company, so we work in a large building in an open-plan office. However, we have jazzed up the walls and given the space as much personality as possible, but we don’t have the same kind of freedom as an independent studio. It’s quite a cosy space compared to the rest of the building, so we are lucky to be in our own little area.

The most important thing is that within the team there is a really fun and friendly atmosphere. We are often all coping with big workloads, which is why it’s even more important to make sure we have those lighter moments.

We are based in Camden which has both good and bad sides, but best to focus on the good things like pubs and the food market. Oh and the canal is pretty nice in the summer. And if you’re in the market for cheap tat this is your place!

We have a good holiday allowance, and lots of training courses, as well as away days and staff get-togethers. In the summer we can take part in summer Fridays, where we’ll work longer hours from Monday to Thursday, so that we can leave at 1pm on a Friday. We get good company benefits such as health insurance and pensions, including perks like gym discounts, Apple product payment schemes and travel card discounts. There is also a real emphasis on mental wellbeing, with initiatives encouraging anyone who might be struggling to reach out and seek help.

We go on lots of group outings, often to music production parties and other industry-hosted events. We have a monthly drinks trolley that we share with Comedy Central, and this gives us a chance to integrate with their team. We also have a constant revolving supply of doughnuts, brownies and other sweet treats, which all have their own special shelf... For a short while we adopted a one-minute-per-hour exercise regime, where half the office would suddenly drop down into planks, but unsurprisingly this hasn’t lasted!

Blink: The production and talent powerhouse set in a converted tram shed
In the Studio With

ustwo Adventure: the community and company-building hub in the heart of Shoreditch
In the Studio With

Making things move with character: animation studio Animade
Creative Lives
MTV production manager Marko Domazet: “Don’t be afraid to ask for help; you’re not meant to know it all”
In the Studio With

Inside Sky Creative Agency, the UK’s largest in-house creative advertising team
In the Studio With