Where do you start as a freelancer? 14 creatives share their first-time tales

This week, in celebration of one year of Lecture in Progress, we’re sharing stories of significant professional ‘firsts’, submitted by our brilliant and ever-growing network of contributors. Having dug the dirt on first jobs – from the triumphant to the traumatic – today we ponder the mystifying world of first-time freelancing. Whether it’s redoing a commission four times for fear of disappointing a client, to overthinking an invoice number, even the most seasoned of freelancers had to start somewhere.

Conservatory creative
I was working from parents’ conservatory just after leaving uni, and was looking to move out. My work was showcased on a number of creative blogs, and a week or so later I received an email with the subject ‘Google Chrome Illustrations’. My immediate thought was that it was spam! But it wasn’t, and I ended up creating illustrations for Google Chrome, which in turn received a nice £3k paycheque. It allowed me to get out of the conservatory and to Bristol to pay for a studio of my own!

But for my first unpaid commission, I was probably around 17. I contacted a range of magazines to offer free work to get my portfolio together. One magazine got back to me about a half-page illustration. I was super-excited and couldn't wait to see my work in print. But just when I thought I was done, the client was like, “This is great, can you send over the high-res?” And I was like, “Errr, what the hell is high-res?” I gradually began to realise that I’d created the entire thing in 72 dpi. It was like looking at drawings through frosted glass! I then stayed up all night long to create it a second time to meet the deadline. Art-school boy error.
– Jack Hudson, illustrator, London

Cheque mate
My first commission was with Esquire US a few days after graduating. The job actually fell through a few days after being commissioned, before I even started any work. However, the creative director was great and paid me the full fee, even though nobody had signed terms or contract.

Then the first client I completed a full project for was Brilliant People (a creative recruitment site). I actually received the call from them the same day I was made redundant from my first job, so it was perfect timing. It was for around £2,000. They paid quickly but the payment was by cheque, which seemed weird considering it was 2012!
– Stephen Ong, animator, Norwich

Mission: Undertaker
My first paid commission was for the sadly now defunct Bristol-based magazine Venue, the West Country’s answer to Time Out. Completely at a loss with what I was going to do with my painfully traditional English degree, I’d done a couple of weeks’ work experience. During that stretch I interviewed Irvine Welsh, reviewed a pole-dancing class and helped out on a shoot with trip-hop royalty Martina Topley-Bird.

The details of the commission are a bit hazy now, I remember it involved interviewing an undertaker. The fun thing about working for the Venue was that you never really knew what odd missions you’d be sent on. A tip I’d give to any burgeoning journos would be to look for first jobs that give you a broad range of experience, from the type, size and scope of articles to non-writing tasks. You may find you love writing long features, or that you’ve got a knack for social-media strategy, producing events, courting sponsorship, even the dreaded doorstepping. Modern journalism is all about versatility.
– Laura Snoad, journalist, London

The magic number
When I invoiced for my first official freelance job I labelled it ‘Invoice No. 00003’ because I didn't want the client to know it was my first-ever invoice. Little did I know that clients don’t look at things like that, nor do they care!

My first commission was to do the branding for a little bar in New York City. I lived on the same block so I’d go there all the time, plus they had the best grilled cheese sandwiches. One day, inspired by the chalkboard craze at that time, I offered to draw the menus on their chalkboards in exchange for a bar tab. It took a few evenings, filled with cocktails, chalk dust and grilled cheeses. They liked the boards so much that they commissioned me to design their logo, menus, signage and bar ephemera. It’s still there today, with my neon sign blazing into the night!
– Sarah-Grace Mankarious, CNN art director, London

Lights, camera, reshoot
My first commission was for The Saturday Telegraph. I went back to Deal, near the coast, and had to reshoot it four times, because I was so nervous that it wasn’t good enough. I shot it all on film and it was printed the size of a stamp. The payment all went towards paying for all of the film I used!
– Laura Pannack, photographer, London

Legit pro
For a little while, when I was studying, I did illustrated infographics for a Swedish VOIP [Voice over Internet Protocol] company. It was pretty fun, and to be honest the pay was actually alright (£300-ish for about a day and a half’s work). I spent the first pay cheque on a Wacom Intuos 4, which was about £300. I remember at the time thinking it was a crazy amount of money to spend, but it made me feel like a LEGIT PRO! A good investment for sure.

But my first-ever commission, if you can call it that, was to design the logo for the Dental Practice my parents run. I was about 14 at the time, and I designed it in Microsoft Word. I typeset it in Arial Black, so it’s probably almost trendy now.
– Jack Wild, developer, London

Design-fee novice
The first invoice I sent was for a book I designed shortly after graduating. It was for £400 and took a number of months and multiple emails before I received payment. I was fresh out of university, so I had no leverage on my design fees. It was a take-it-or-leave-it deal. I’d planned on splurging on one item of clothing – really treat myself... But in the end it just went on booze, books and overdue rent.
– Karl Askill, designer at Next, Leicester

Studio debut
My first commission was for Hunger Magazine back in 2013 during my second year at Kingston. I did a story with watches, setting them against the human body as a landscape. It was a big deal for me at the time, because I’d never stepped foot into a real working studio, I was used to just taking pictures in my kitchen. I worked with them for a little while afterwards, so the shoot was really my first important stepping stone.
– Luke Evans, artist and photographer, Hereford

The last resort
After I graduated, I went straight into illustration, but my first jobs were all really horrendous. When you’re starting out, you don’t really have much to show, so you’re the last-resort illustrator. I did a few years of work where an art director would contact me, already knowing what they wanted the illustration to look like. So essentially I was hired as their hand. Breaking out of that was hard.
– Rose Blake, illustrator, London

“I had to reshoot it four times, because I was so nervous that it wasn’t good enough.”

Leafy philosophers
Technically, my first paid job as an illustrator was designing posters for the philosophy club at my art school in California when I was 19. I’d been hired as the student liaison, having been a particularly involved philosophy student (aka extremely into talking, Nietzsche and the professor). I took designing the promotional material to mean drawing posters of strange, large heads with plants emerging from them, which represented ‘expanding knowledge’. I did this for several months before leaving for the UK, and still look back fondly on my days as a young illustrator coming up with such innovative, and not at all cliché, visual metaphors.
– Rebecca Hendin, illustrator, London

The £1k idea
I didn’t get paid to make films until I was a year in to it, but my first commission and client was a music video for Warner/Chappell, the publishing arm of Warner Music. I was 18 at the time and they gave us a £1,000 to make the idea. The client wasn’t around when we shot it and they didn’t make any changes when we sent the edit. Good times!
– Esrael Alem, director, Londo

Flash crash
My first commission was completed while still at Brighton Art School, where I was seduced into making club flyers. With the arrogance of youth, I hoped were good, but today still shudder at the thought of them.

However, my first real client was a video-production company, who wanted a website to commemorate the Pirelli factory and its impact on the wider community. It was built in Flash and crashed almost every computer. It was 2004.
– James Hurst, principal at DesignStudio, London

No regrets
I started my first job before I left university – a book cover commission for Random House. I remember a graduate telling me that everyone hates the work they produce on their first job. They were right, and it was not a success. But despite it technically being a failure I don’t regret it at all, because I realised that the world does not end if you make bad work.
– Sarah Maycock, illustrator, Hastings

Overdue rave funds
I did an illustration of Carl Cox for a dance music magazine called Seven – the weekly version of Mixmag. It was for £150, but it took so long for them to pay that I did a job in between for Dazed & Confused (a painting of Jordan of all people!) and got paid for that first. I’d literally just moved to London and was up to my eyes in debt, so I thought I’d be really responsible and spend it on something totally non-essential – a weekend’s raving at Fabric.
– Jimmy Turrell, graphic artist, Newcastle

A guide to all our Pep Talks from 2021
Resources

Looking for some feedback or mentoring? Find the right fit for you
Guide 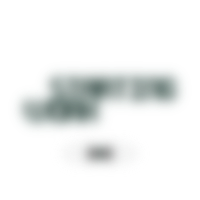 How burnout changes your approach: The Other Box’s Leyya Sattar 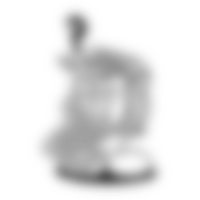 Know your worth: How to negotiate fees and master money chat
Advice

How to attract, maintain and build the right kind of client relationships

First jobs: The good, the bad and the ugly