Creative Lives is a podcast series profiling interesting creative careers – from how they identified an interest in the industry, to their formal education and landing their first job. This episode was recorded on 19 April 2016 and the guest was animator and co-founder of animation studio Animade, Tom Judd.

Tom begins by discussing what a typical week’s work looks like for him, including the administrative work of running Animade and the day-to-day creative direction. He explains that the studio tries to strike a balance between personal and commercial projects, and that often personal work put out online has attracted future clients. He briefly outlines the structure of Animade, and goes on to talk about his early life, being taught solely fine art at school and discovering illustration only at his Foundation course at Bournemouth, where he learned the importance of keeping a journal sketchbook, something that later helped to keep him working each day.

This journal project, with each page scanned and uploaded to a website he had built, garnered some interest online, which brought him a number of commissions that he considers to have taught him how to negotiate with clients. However, it was his MA at the RCA that sparked Tom’s interest in animation, and asked whether he could have gone worked commercially straight after his BA he admits that he might have gone down a very different path, though the strength of his online presence would have helped him get by. His MA also brought him into contact with a good network of peers, some of whom now work with him at Animade, including co-founder James Chambers, and influences from friends studying in different disciplines that enriched his own art.

Moving on to discuss his early career, Tom talks about his early freelance work before setting up his first company with James, Chambers Judd, and how his RCA MA did not leave him prepared for work in the commercial world. Of the projects he did with James, he says that “slowly, they became less freelance and more us using our base and getting people to help.” He explains the processes that led him to realise how and where their portfolio needed work, and how this change in focus in turn led to further success.

Tom then spends some time discussing two of the company’s very successful personal projects, the micro-tutorial series Lernz, “about the obvious places, where we saw people were animating badly”, and frankenSim, a playful interactive tool that allowed them to experiment and innovate without wasting clients’ time. Both of these led on to further commercial work, frankenSim giving the studio new tools to work with, and Lernz attracting Facebook to commission Animade to produce an animation.

Asked what the bad times were and how he dealt with them, Tom replies that he came close to giving up on animation and joining James as a web developer at one point, but fortunately did not, and only ended up acquiring more skills as a result. He regrets having wavered for so long about what direction to take, but admits, “At the same time, we wouldn't have learned everything that we did.” 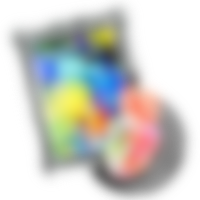 Decoded: Should you be jumping on the NFT train?
Resources

From interior designers to video editors, Zendesk Design reveals its inner-workings and unexpected roles
Creative Lives
Director and animator, James Papper talks about the importance of laughter
Parts of the Process