“Try not to overthink your work too much”: Brendan Browne-Adams on graphic design, side jobs and asking for help

When Brendan Browne-Adams graduated from uni in 2020, he entered into an industry that was greatly affected by the pandemic. After taking the time out to breathe and figure out his next steps – plus a stint of freelancing and various hospitality jobs on the side – Brendan finally came to work with the strategic research agency ON ROAD last November. Having built an enviable portfolio of editorial design, art direction and branding for clients such as Dazed & Confused and Anyways, he’s also in the process of launching his own magazine, EDGE. Here, we chat to Brendan about networking, the challenges of financing your freelance pursuits, and why there’s no shame in asking for help. 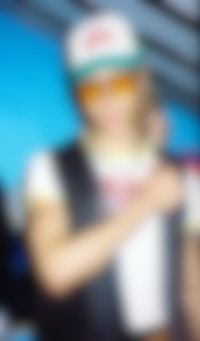 How would you describe what you do? And specifically what you do at ON ROAD?
​​I’m a multidisciplinary designer with experience in editorial design, art direction and branding. I currently work as a graphic designer at the strategic research agency ON ROAD, and I’m also launching an independent magazine called EDGE that explores contemporary youth culture.

ON ROAD engages with its network predominantly through their Instagram page, whether that be through its posts or content on stories. I design for the agency’s social media channels as well as assisting on design-related things at the agency.

What’s your favourite thing on your desk right now?
My plants – some of which aren’t surviving. I’m not ashamed to confess that ​​I’m a poor plant dad.

What recent project at ON ROAD are you most proud of?
My favourite project at ON ROAD would be the recent roller skate and student posts that I designed for the agency’s Instagram (above). The roller skate post highlights the recent emergence of roller skating, which more people have taken up over the lockdown. The student post was very important to me because it was a chance for the agency to showcase work from students whose degree shows were moved online. I related to this a lot because I graduated in the midst of the pandemic in 2020, and would have liked the opportunity to have a physical degree show as well.

Outside of ON ROAD, my magazine, EDGE, is something I’m very excited to be working on – it’s a passion project of mine that will explore the influence of forward-thinking creatives within the fashion, design, music and arts scene, who push the edge of conventionality through their work. Exploring contemporary youth culture, the magazine aims to combine underground culture with a mainstream audience. Using my combined experience to drive this project, it’s been exciting to work on something that I’ve wanted to launch for a couple of years now, with the aim for it to come out next year.

“My biggest challenge is accepting that it’s ok to still be in the process of not knowing everything design-wise.”

Would you say you need any specific training for what you do?
I’d say yes and no, because although I feel like I learnt a lot at university, I have also been able to learn on the job, through interning and freelancing for different agencies and companies. This has allowed me to gain specific skills in the industry, which I wasn't able to learn through tutorials or university.

If you could pick one gif to describe what it’s like to work at ON ROAD, what would it be and why?
(Below) Because of the open-door aspect at ON ROAD, the agency acts as a space for networking and meeting like-minded creative people. I’ve met some really cool creative people at the office with whom I’ve been able to work with on other projects.

If you could pick three things that you’ve found useful or inspiring to your work or career, what would they be and why?
The first would be design blogs and Instagram accounts. Seeing a lot of creative work sparks inspiration for me when I’m designing.

Another would be creative WhatsApp group chats, of which I am a part of. Hearing about projects that people in the groups are working on, or being able to access opportunities shared within the group, has been inspiring and helpful.

The third thing would be physical magazines, especially while working on my own. I love to dissect pages from different magazines, and stick post-it notes on the layouts or type I like for inspiration.

“It’s ok to seek help, whether that be through friends, people at senior levels within your network, tutorials or online blogs.”

What would you say has been your biggest challenge along the way?
I would say my biggest challenge has been accepting that I’m on a continuous learning curve. No single person will ever reach a point of knowing all because ultimately growth is life.

I have, however, learned that it’s ok to seek help, whether that be through people at senior levels within my network, tutorials or online blogs and supportive friends. It made me realise that education doesn’t stop after university, I’m always willing to search beyond what I know understanding that future doors only open that way.

How important would you say social media and self-promotion are to your work?
Annoyingly, I haven’t put any focus on putting my work out on social media. I’ve been consumed by agency work, so that aspect of self-promotion has been put on the back burner.

A recent personal goal of mine has been to go back to the drawing board with branding myself on social media and my website. I’d have to say word of mouth has been the biggest outlet for self-promotion, but I can say that I’m definitely looking to invest more time into a fully-formed Instagram account that’s a true representation of my work and aesthetic.

What have been your greatest learnings with making money and supporting yourself as a creative?
I feel that creative agencies and brands often capitalise on unpaid placements – for many graduates having the opportunity to learn in-house comes with sacrificing financial support, which limits prospects. The class divide becomes disproportionate, so I feel discussions around pay and money need to be a lot more transparent. This is something I’ve now learnt to do within my own circles.

For me, taking on side jobs amidst my early placements offered a small sense of financial security but I’d advise all graduates, especially those who’ve recently moved to London, to seek placements that support financially at any capacity.

What’s the best career-related advice you’ve ever received?
Never be ashamed of not knowing something, no matter what stage you’re at in your career. You should always be open to ask for help and learn something new. Secondly, though an obvious tool for all graduates – I was always told networking is key. As an introvert, find like-minded people in whatever environments you feel most comfortable in. Don’t hinder yourself in not putting yourself out there; for what it’s worth, I can vouch for a little liquid courage going a long way!

What advice would you give someone looking to get into a similar role?
I’m not sure if this is advice but it’s certainly a major variable in the industry that I’ve found helpful to understand.

The freedom that comes with working freelance can often be outweighed by a whirlwind of iterations. Learning and understanding when to stop or review an iteration have been key, especially as an anxious designer sometimes crippled by overthinking. This is because going it alone, you will have no templates or outlines to act as a benchmark for your final work. In striving for self-betterment, we as designers – or any creative for that matter – over-criticise. Even though we all acknowledge that design is subjective, understanding when to be content with your work is a constant battle.

I’ve noticed that this differs drastically from working in-house, where a sense of autonomy is already in place, direction is given, work is critiqued, benchmarks are set and therefore the scope to “overthink” becomes null and void. I would suggest gaining early experience to understand which of the styles works best for you. Getting it wrong can be detrimental to your mental health in the long term, but also an effective tool for growth. Because of this, investing in finding your “ideal” when the opportunity arises will be a saviour.

How to go after what you want: NID student and graphic designer Simoul Alva

Designer Harry Grundy makes his case for a six-sided practice