A glimpse into the production process behind Oscar-winning short film, Hair Love

Back in 2016, Matthew A. Cherry noticed a trend online: viral videos of black fathers doing their children’s hair. The online phenomenon inspired the film director and former American football player to launch a Kickstarter campaign, and venture fully into his first animated project. The result, Hair Love is a beautifully-animated short film, created in the hope of portraying a positive image of black fathers and their daughters while celebrating natural hair.

Alongside his fellow directors Everett Downing Jr. and Bruce W. Smith; character designer Vashti Harrison and a growing team, they worked nights and weekends to bring the ambitious project to life. In January this year, Hair Love was nominated for an Oscar, making Matthew A. Cherry the second former professional athlete (after Kobe Bryant) to be nominated for an Academy Award. Here, we speak to director Everett Downing Jr. about his involvement in the production process, the impact of social media and more.

I’m in the animation industry, but I’m also a black father who has a daughter, and I do her hair, often. I just loved the idea of the film, so I immediately contributed to the Kickstarter – I was like, “I want to help this thing happen.” I even sent Matthew a private message saying, “Hey, I’m in the animation industry if you ever need any help. Whatever I can do, I’d love to be able to be a part of this.” At the time, the Kickstarter went viral, so Matthew likely didn’t see it because his inbox got filled –everybody wanted to support it!

Incidentally at the time, I was working with Karen Toliver – Matthew’s producer at Sony. She was previously at Fox which is where Matthew had met her, and they started working together on the project. She said, “Everett, I’m working on this short, Hair Love” and I was like, “Oh, I know all about it.”

I was very excited about it and she invited me to do some consulting. Because Matthew’s background is in live action, they were looking to bring on an animation consultant to give some feedback on the short. So I sat down with him and Karen, read the script and I gave them my feedback on it.

I was very opinionated about how they should handle it – whether it’s animated in 2D versus 3D, and so on. I helped them weigh up the pros and cons. Two weeks later Karen got in touch with me again and asked if I would be interested in co-directing with Matthew – and of course I said yes. 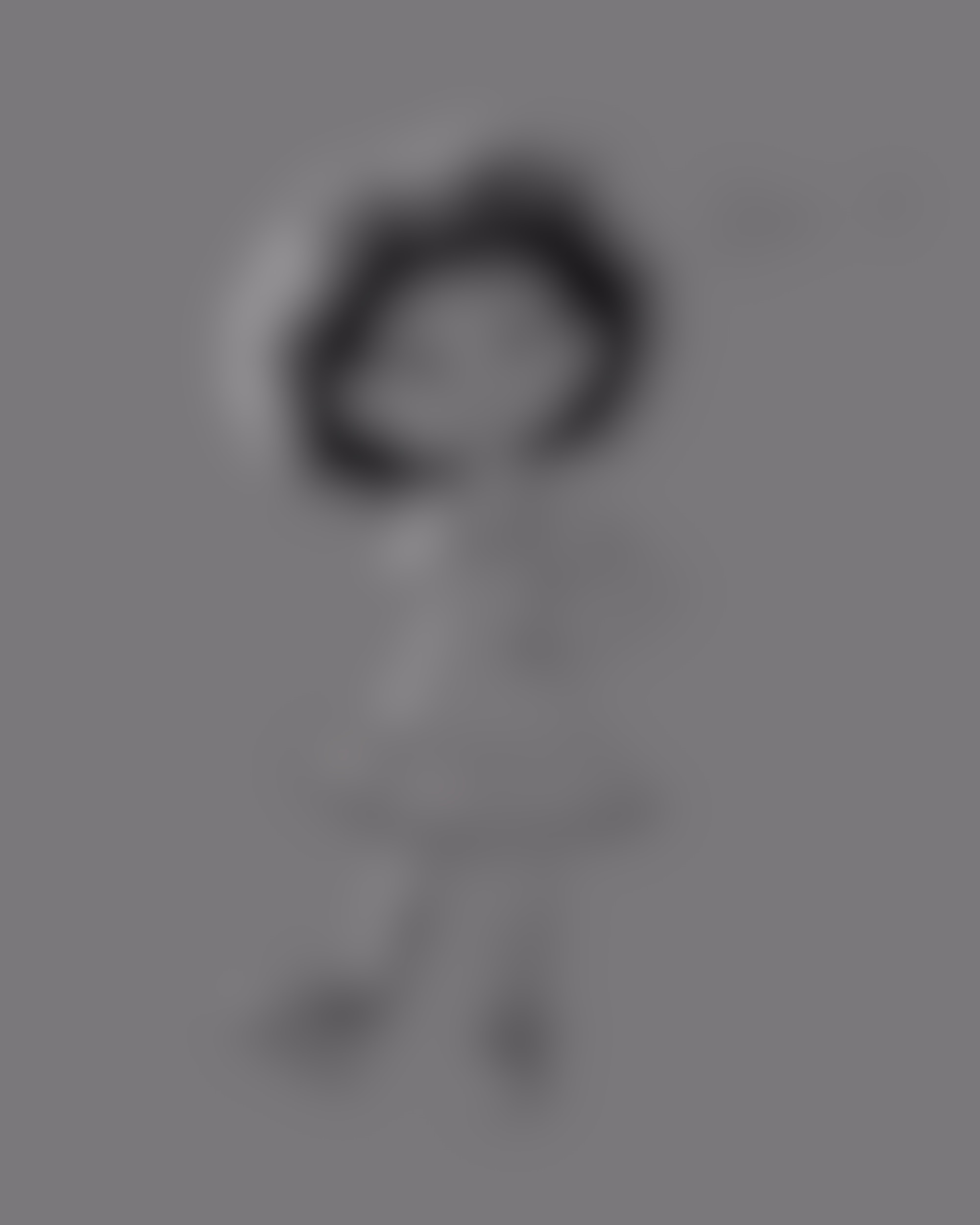 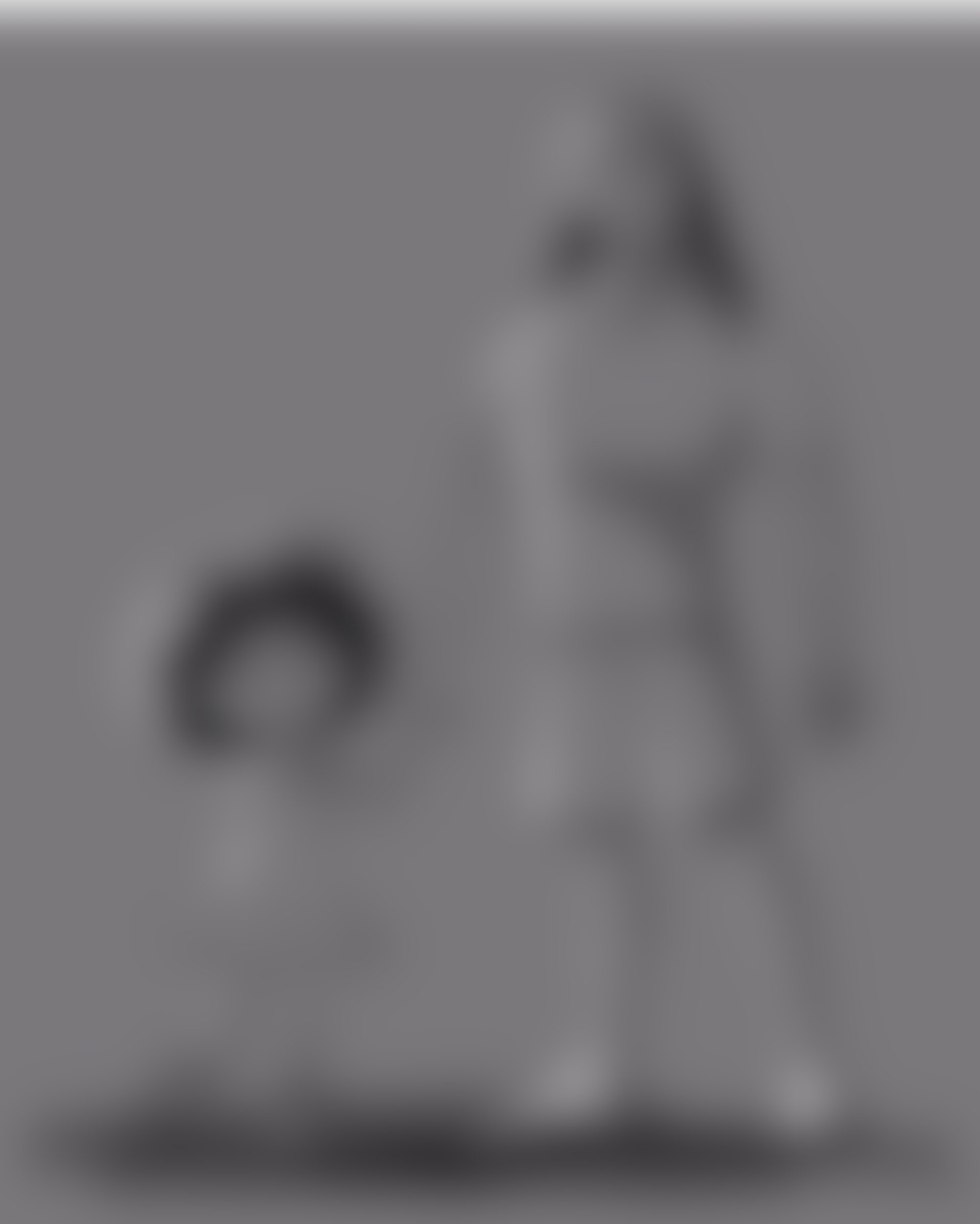 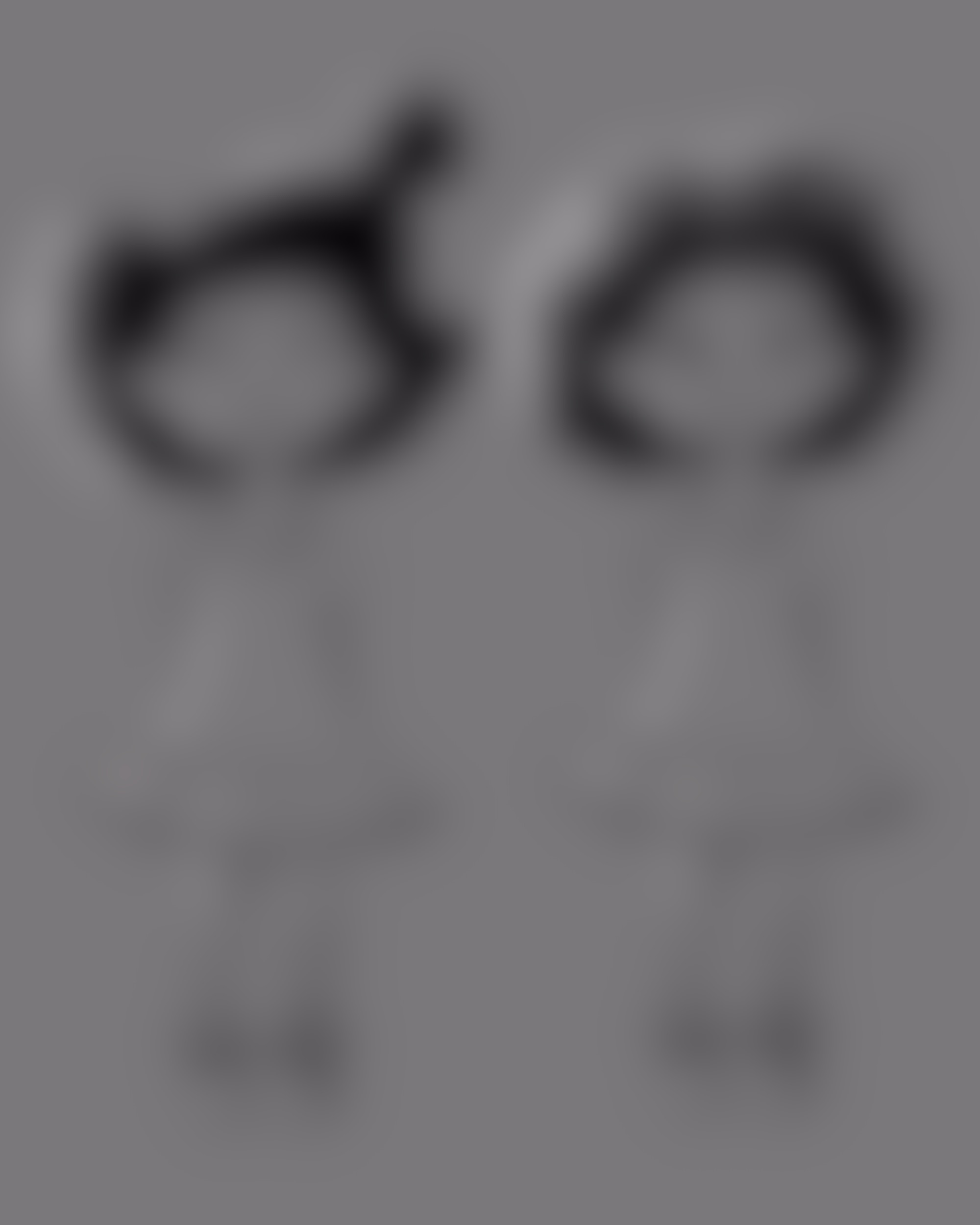 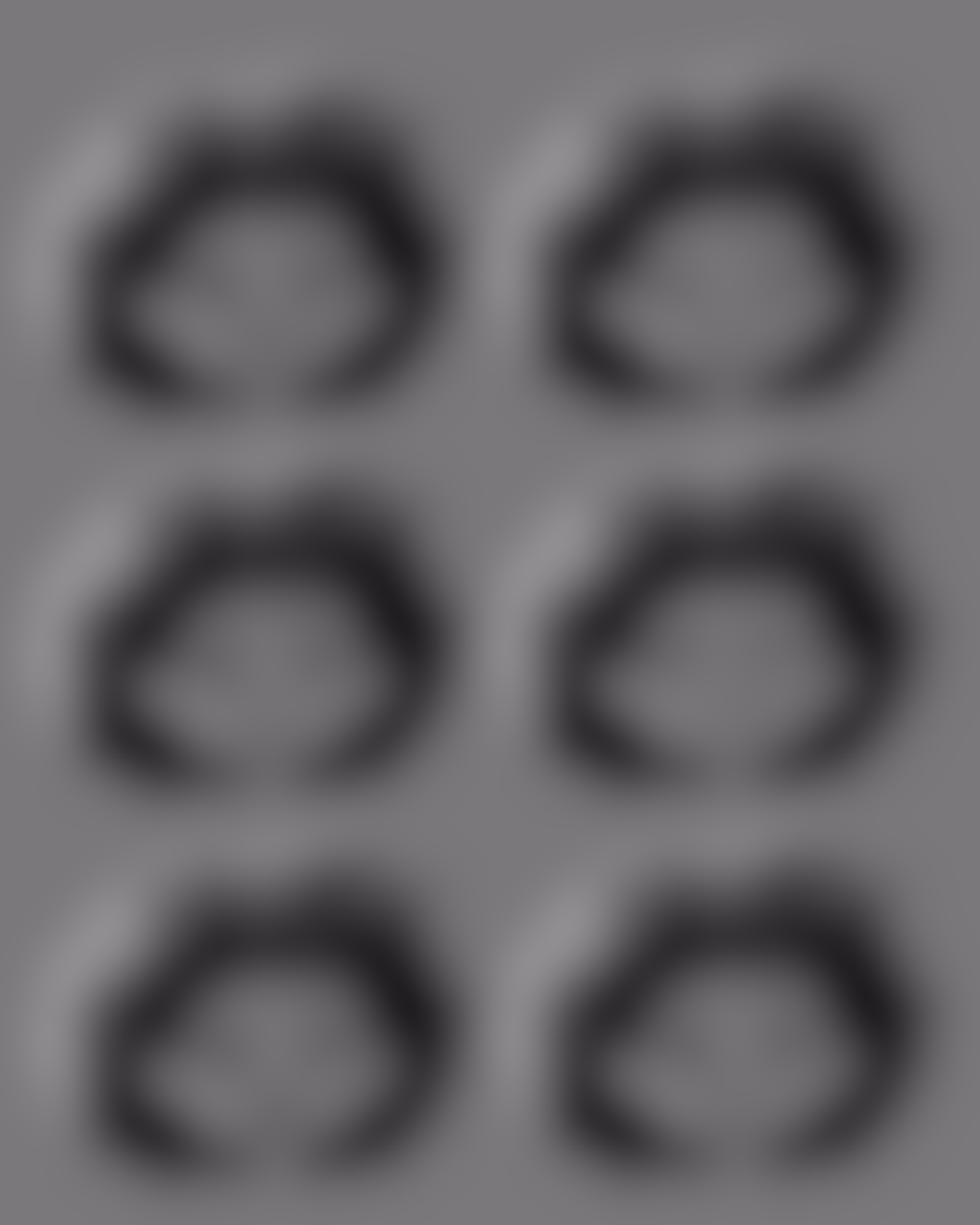 The Impact of Social Media

The support from social media was huge. I don’t think we would have made it this far without it. When you’re in the industry, you’re always speculating about what people want to see. Social media became our window to actually asking the audience what they didn’t want – and they were not shy with their responses.

Matthew has a very impressive social media presence; he put out content like, “Hey, you know what? We think this is something that we feel is underrepresented. We want to build this. What do you guys think?” And his followers were like, “Yeah, we want to see that!”

Matthew had the overall vision – this was his conception and he was very specific on what he wanted from the characters and how they should act and appear. At that early stage, we began to build much of that foundation. So I spent a lot of time storyboarding, helping to find the look of the film, and also bringing together artists to support the vision.

Some creatives focus more on the artwork in the beginning to inform the story, others lean more into the story to inform the artwork. For us, the story developed in tandem with the art development. We were storyboarding for about a year and going through iterations; it was a tremendous amount of work. I ended up boarding up the entire thing so I spent a lot of time in that world. I would thumbnail a lot of things, and I tend to work really scribbly as I’m just trying to get the ideas up to see what they’re like.

Then we brought in story artists to help us meet our deadlines. About four months into storyboarding, we started to build assets in a software called Harmony. There’s like a lot of prep that had to get done, but things really didn’t get moving until – and this is crazy to admit – early last year. That’s when things really started to pick up.

“For us, the story developed in tandem with the art development.”

I was working on the film for about a year before we brought [animator] Bruce W. Smith on. I knew Bruce, so I was super-excited because he’s just an amazing artist and animator. It was a really good team. Leading up to production, we became weekend warriors, building shot lists and working nights and weekends just to work on this project.

It was at this point that we were also trying to figure out how to get the film in theatres. The relationship with Sony was very organic. We had been sharing our progress with them – screenings and early edits – and they were just so impressed with it and so excited about the project. They decided to come on board to champion the film.

Sony posed us with an opportunity – to have Hair Love play before The Angry Birds Movie 2. We were worried because we were not sure we’d be able to get it done on time, but we sat down, talked about it and decided it was too good of an opportunity to pass up. We actually completed the animation in a very short amount of time. 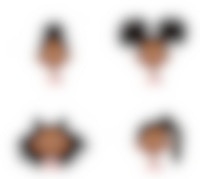 Drawing from personal experience and watching videos of these fathers was definitely a huge influence. It was just so adorable, and we wanted to share that with people. There’s one part where, the hair breaks from the rubber band, when the dad tries to pull it together – that literally came from a video we saw online.

One of Matthew’s early inspirations was the work of the amazingly talented artist, Vashti Harrison. At the time, she was working on the Hair Love book, so we had this challenge where the book was being developed in tandem with the short. Matthew fell in love with her work and some of the early designs she did, so part of my job was working out how we translate that into the film. We explored a few different avenues, but Matthew kept going back to Vashti’s aesthetic.

The short influenced the book, and the book influenced the short, it was a really unique experience. There are some moments where we really wanted the emotions to read and for a certain level of charm to be there, so it ended up naturally navigating to the look and feel of an animated picture book. A lot of it was about trying to get the charm of Vashti’s work into a form where we could animate it; keeping it on model, but not straying too far from the original inspiration. I felt like we found a really good balance and reached a great compromise.

New Project coming soon from @matthewacherry ! Here's an early look at some artwork I did for him. Keep your eyes peeled for Zuri 😉 (follow him for updates. )

The animation was all done on Harmony. We wanted characters to look consistent but sometimes craftsmanship in 2D can be an issue. Which is why you’ve got to make sure your team is tight – but even with the best team, the character model can change, as each person interprets the character in a slightly different way.

But what’s great about Harmony is you could actually spend the time upfront and build a rig which tells the software what the character looks like from the front, side, three-quarter angle and so on. The look is still flat 2D, but you have greater flexibility to actually create a character.

We brought in a lead animator to do all the key frame animation. We were being sticklers about proportions but if they didn’t nail it, it was fine because we could then bring in the rigged character and overlay it on the key frames. That would get 60% to 75% percent of the animation done, and then there was just a few adjustments made after that for appeal and so on. It was actually a really great process.

Folks always ask about the production process of #HairLove. There are lots of components but one important element to directing animators in elevating their shots are drawovers. Here's some of mine-- #HairLove pic.twitter.com/pRQp0VKgxt

When it came to the music and sound, we intentionally decided to have an instrumental score. That way, you’re relying just on the characters’ acting, which is going to convey things so much more effectively than dialogue. The only dialogue you hear is from the Mum [voiced by Issa Rae], and it was very important that was the only dialogue in there because she isn’t present in the short. I wanted her voice to be almost like a lightening rod, where it’s like she’s grounding everything.

If you go back and listen, the Mum’s dialogue doesn’t change. She says the same thing, but I really wanted it to feel different depending on how the context changes. So when Dad and Zuri are both frustrated in the film, Mum’s voice is this encouraging voice that brings them together – because ultimately this is who they’re doing it for. It grounds them both and she helps guide them through the process.

This was such a great learning experience for me. I’d done shorts before, but I was really trying to help Matthew support his vision, and I think we pulled it off. The whole process took about two years – and after spending a year working on story, then another six months of pushing it through production – I wouldn’t change a thing. I learned so much, and I feel wiser because of it!

Interview by Marianne Hanoun and
In the Studio With