Together with our sister company It’s Nice That, we are sharing a list of educational resources, petitions to sign, funds and charities to donate to, for anyone looking to further support the Black Lives Matter movement.

This time last week, we began hearing devastating reports of the tragic and brutal killing of George Floyd at the hands of police in Minneapolis, igniting a huge response that is now being felt globally. What is clear to see, however, is that George Floyd’s death, along with so many others’, must not be treated as an anomalies – but demonstrations of systemic injustice and racism. This is something that is not only true of America, but also the UK and throughout the world.

For many, this will be stating the obvious, but the push for justice and equality is a cause to fight for every single day. Right now, the urgency is even greater – especially for those of us with platforms, or in positions of privilege. With so many important messages, links and resources being exchanged through the week, we wanted to collate and share some of our findings on ways to further support the Black Lives Matter movement. This ranges from reading material on race and allyship, as well as individuals to follow, to calls to action and fundraising initiatives. The list is also just a starting point, and we welcome any suggestions, feedback or additions.

At Lecture in Progress, we believe in fostering a truly diverse and inclusive creative industry; but we cannot do that authentically without understanding the wider context and acknowledging where we have privilege and leverage. The creative industry is a predominantly white one, and our company is no exception. We know that we must continue to do all that we can to demand change, encourage greater inclusivity, and support and platform Black and underrepresented talent. We will continue to add to this list of resources, and we hope it proves to be a good foundation to doing just that.

We are always open to hearing from you, so please don’t hesitate to get in touch with us at [email protected] with any thoughts or suggestions as to how we can improve at this time. It is only through keeping conversation open and participating in these types of dialogue that we can continue to learn and grow together.

I Run With Maud

Stand Up To Racism UK

Books, articles and resources to read

IG: How can I help from the UK? (via Das Penman)

IG: Transform Allyship into Action: A Toolkit for Non-Black People (via Social Justice in Medicine Coalition at USC)

IG: 10 Black Community Groups You Can Support (via GUAP)

Twitter Thread: What To Do If You Can’t Donate Right Now (via @traderjosephina)

75 things white people can do for racial injustice (via Medium)

Farewell to America by Gary Younge (via The Guardian)

Destructive Power of Despair by Charles M. Blow (via The New York Times)

The White Space, a paper by Elijah Anderson (read here)

The Case for Reparations (via The Atlantic)

How To Be Antiracist by Ibran X. Kendi

White Supremacy and Me by Layla F. Saad

The New Jim Crow: Mass Incarceration in the Age of Colorblindness by Michelle Alexander

Freedom Is A Constant Struggle by Angela Davis

They Can’t Kill Us All by Wesley Lowery

Your Silence Will Not Protect You by Audre Lord

Black and British: A Forgotten History by David Olusoga

Liberation Will Come From a Black Thing, James Forman

About Race podcast by Reni Eddo-Lodge

The Breakdown with Shaun King

How to protest safely during a pandemic (via VICE)

Resources for Photographers and Beyond on Anti-Racism (via Authority Collective)

The Other Box: Know Your Bias Courses

YSYS: Training and opportunities for diverse people in the startup and tech sectors 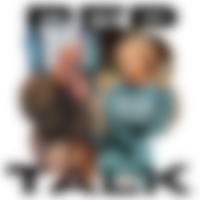