In 2011, renowned portrait and documentary photographer Giles Duley suffered life-changing injuries while working on a project in Afghanistan. For a while, he was unsure if he would survive, let alone pick up a camera again. Now, nine years later, he’s sharing insight into a challenging period of recovery he describes as “the ultimate lockdown”, in the hopes that it can provide strength for others working through the uncertainty and constraints of life in quarantine. 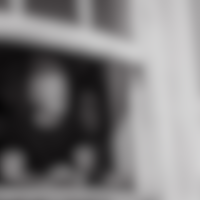 Having kick-started a career in photography aged just 18, Giles’ early work saw him capturing bands like Blur and Oasis, marking the beginning of “a very rock and roll” period for the young photographer. But, it wasn’t too long before he started to feel disillusioned with the industry. Wanting to do more, he decided to tirelessly travel the world, documenting the lives of those affected by war in countries like Sudan, Angola and Iraq. Unbeknown to Giles, he was about to undertake the biggest journey of his life.

It was on an assignment in Afghanistan that Giles’ path was set to change, once again. After standing on a landmine, he lost three limbs, and endured a long period of recovery – unsure of what life would look like on the other side. Reflecting on a year in intensive care, Giles recently took to Twitter to share how he harnessed strength at an overwhelmingly difficult time in his life. Over a long and inspiring phone call, we found out more about his greatest learnings from intense limitation – and how we can follow suit to better navigate the current crisis we find ourselves in. 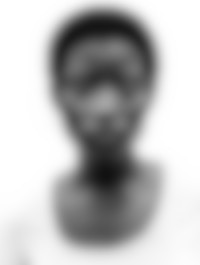 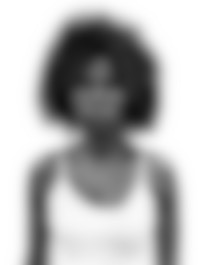 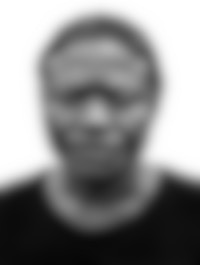 “My creativity, where I am today, is thanks to having a year where I couldn’t work,” Giles tells us, as he begins to describe the direct aftermath of his accident. It was a time when he felt a complete loss of control, as he was forced to confront the possibility of not working again. “It was really tough,” Giles reflects, “instinctually as a photographer, I hate not taking photos. When I got injured, I thought I’d never take another photograph.”

Unable to communicate with the world physically or verbally, Giles’ only correspondence with his loved ones was through blinking in his hospital bed – leading him to brand this time of his life as “the ultimate lockdown”. Having understood the severity of his situation, he made a promise to himself, to regain control over “who I would be when it was over”. This thought sparked what would become Giles’ first self-initiated project after the accident. While in intensive care, he began conceiving his 100 Portrait before I Die series, where he listed those he’d like to photograph, once he was free to do so.

“When I got injured, I thought I’d never take another photograph.”

“I didn’t just [make a] list,” but instead “ I visualised it.” This meant imagining the moment he would meet his dream subjects – “what I would say to them, how I would light the shoot, what camera I’d be using.” It was through this level of dedication and detailed thought that Giles found great release and stability; “the project kept me sane,” he shares. Giles has since taken portraits of those on his list, including Stephen Fry and Ken Loach.

Giles emphasises that his time in hospital allowed him to envision his future, and the possibilities of experimenting with his practice. This is something that he feels we can harness now, too. “It’s frustrating that maybe you can’t carry on with your practice or with your ideas,” he says, “You can’t actually go out there and do things. But it’s an amazing time to reassess, to think about the way you work, and to think about what you’ve always wanted to try”. Giles adds, “None of us can control how long [Covid-19] will last, or what the world will be like when it ends. However, I strongly believe you can control who you’ll be and how prepared you’ll be when it’s all over – trust me, this will pass.” 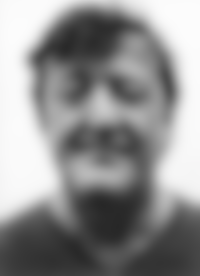 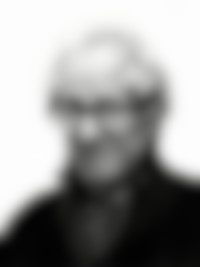 Through Giles’ experience, he sees this as an opportunity to test your niche as a creative. “I think a lot of creativity comes from restriction”, he explains. “Look at movies; back in the 1930s, if you were making a horror film, you wouldn’t have CGI or any special effects – you’d have to create fear by using resources like sound, shadows and lighting.”

What Giles came to realise was that, even in the face of extreme limitation, the human imagination refuses to be held back. “We’re all restricted now in what we can do. But we still have our imaginations. As creatives we can make anything happen,” adding some words of wisdom for those at the beginning of their careers: “To any young creatives, photographers; this is an opportunity to hone your skills, to really think about what creativity and art means to you.”

“To any young creatives, photographers; [lockdown] is an opportunity to hone your skills, to really think about what creativity and art means to you.”

The sudden and dramatic shift of having to stay indoors, with no access to friends or family is difficult for everyone, but Giles notes that “sometimes we’re so busy creating things, that we don’t have time to think about what we actually want. Now we have that pause.” With this in mind, he thinks this could lead to feeling “stronger, more focused and clearer” in your vision and your practice.

Over the past couple of months, we’ve seen creatives from all around the world bind together in new ways, and for a range of great causes. For Giles, this is another key factor in working through challenges – feeling united and inspired by one another. “Although it’s a global crisis, what I’m seeing is that the community I live in is closer and more connected than ever. Creativity is really enhanced by collaboration.”

On this point, Giles is currently following his own advice and reaching out to artists that he’s admired for some time – finding that those on his dream list are now available to chat. “It doesn’t have to be a famous person. You could be a fan of their work on Instagram and just be reaching out for a chat. That’s what I’m doing!” So what have you really got to lose? Not much, according to Giles.

But this isn’t to say that downtime isn’t equally important. For Giles, procrastinating and creating in harmony is something that has pushed his career forward. He can often be found sat on his sofa, remote in hand and an episode of Fraiser humming in the background; “I like to start my days off like this,” he shares. “I’m really not the kind of person that gets up at 6am and starts writing and doing stuff. I potter around most of my time. But I’m fine with that.”

In fact, Giles sees this as a crucial part of the creative process. “Allow yourself time to procrastinate, to take some time for yourself – put some music on and read a book. But also allow yourself to create. Discipline yourself and have a couple of hours a day when you sit down and just write down some ideas and thoughts. It doesn’t have to be one or the other.”

As we inched closer to the end of our conversation, Giles dropped in a nugget of wisdom that really hit home. On the tricky subject of resilience, pain and adversity, Giles tells us: “Resilience is not this idea that you get up like a soldier every day and feel energised by your situation. You can’t switch resilience on, but at the end of this, you’ll realise that you have some.”

Watch Joe Puxley’s Pep Talk on starting out in photography