Creative Abbey Monteiro on resilience, style and coming up with “fresh, juicy ideas”

After being accepted onto Wieden+Kennedy’s The Kennedys course, Abbey Monteiro knew that the world of advertising was the one for her. The journey to realising this, however, was not altogether smooth. Abbey initially spent a few difficult years studying architecture – or as Abbey calls it ‘archi-torture’ – followed by four years of barista work and unpaid internships. Since then, however, she’s worked on major campaigns for Coca-Cola, Nike and Sainsbury’s, and recently joined the team at TBWA/Media Arts Lab. Here, Abbey speaks on coming up with ‘new, fresh, juicy ideas’ and why resilience is paramount. 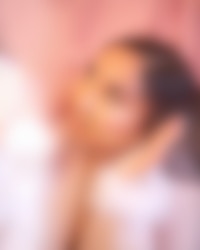 How would you describe what you do at Media Arts Lab?
As a creative at Media Arts Lab, I come up with new, fresh, juicy ideas for a brand to advertise themselves *drops hints with desk pic*. This could look like your everyday six-second social media ad that you see on your Insta feed, or those epic TV ads you only ever watch between Love Island and the football. After I come up with these ideas, I expand them further, through how they look and feel, which is the art directing. Or how they are read, which is copywriting – my fabulous creative partner Sophie Leseberg-Smith looks after most of that. 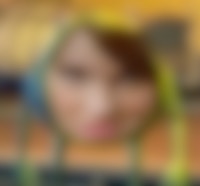 If you could sum up your job in an image, what would it be and why?
[Above] Sometimes your ideas are super-seggsy in your head but really you’re trying too hard and should dial it back a notch, sweetie.

What’s your favourite thing on your desk right now?
I have a snow globe image of myself flying on a broomstick at The Wizarding World Of Harry Potter, because you know, you’ve gotta be your own biggest fan. 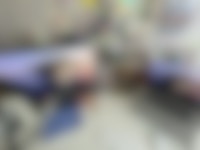 What’s been your favourite project to work on from the past year and why?
Nike Black Motherhood, because it was work that actually made a positive difference in the world. Black Mother Lives Matter. We opened up the conversation on such a huge platform about the experience of Black mothers during pregnancy and beyond, through a monthly podcast. We interviewed the likes of Bianca Williams and Shelly-Ann Fraser Pryce.

What kind of skills are needed to do your role?
Not necessarily a skill, but you need taste. You need to have a clear and definitive style. I believe I’ve developed that from a young age, from always drawing and painting, through to studying ‘archi-torture’. Yes, that degree nearly killed me.

It helps to be familiar with the Adobe suite or any other editing software, just so it’s easier to mock up your ideas.

How did you land the job?
I landed the job of initially being a creative through a Wieden+Kennedy programme called The Kennedys in London. It was a crash course into the ad world, run by some of the best in the industry. That was where I first realised, “Wow, I really could get paid for telling people what I like the look of?” From there I grafted as an intern, until I was experienced enough to be a fully fledged creative. Now I have moved onto Media Arts Lab.

My tip would be, don’t be afraid. Don’t be afraid of your crazy ideas, run with them. Keep experimenting. Keep making. Be provocative, it gets the people going.

“Don’t be afraid of your crazy ideas, run with them.”

Abbey’s Coca-Cola TV campaign, ‘Open that Coca-Cola’, with music by Tyler the Creator.

What was your journey like when you were first starting out?
I didn’t find my feet until four whole years after uni. I was in and out of internships, some unpaid, getting rejected by about 100 companies over and over again. All while trying to be a barista to survive, which I failed epically at. It was soul-destroying. I know how hard it is to find a job, especially when you know you have sauce, but nobody wants to listen.

When I applied to The Kennedys, I distinctly remember thinking, “That’s it. This is my last attempt at a creative role, I’ll just apply to administration jobs after this”. Thank God my prayers were answered, because imagine what a catastrophe I would have been in admin. So keep pushing, never give up on yourself.

“Keep experimenting. Keep making. Be provocative, it gets the people going.”

If you could pick three things that you’ve found useful or inspiring to your work or career, what would they be and why?
Obviously The Kennedys, run by the living legend Preety Mudhar... I sound like such a fangirl! It really returned the confidence in myself and helped open my creative brain. I was experimenting and trying new things.

The Nike Off White Campus Workshops were where I first met my dear friends Akwasi Poku, Abdou Cisse and André Anderson. We were defacing some AF1’s with paint and knives. I happened to be sitting with them on the table and now they are my inspirations in this industry. They are filmmakers and creative pioneers. So moral of the story is: go to any creative workshops, you never know who you will meet.

Freedom and Balance is a creative curriculum that is open to everyone. Some of my friends set it up and it’s such a safe space to think creatively. The workshops and exercises they have are so good at opening your creative mind. Highly recommend buying their ‘Build your own creative industry’ card deck. I always use it when I feel stumped.

What have been your greatest learnings with supporting yourself as a creative?
Save your money Abbey, stop spending it on skincare and cute shoes. But also invest in yourself creatively. Buy that paint, buy that moulding clay, buy that film roll. Whatever you think is going to get your juices flowing, spend the money. Because the money will always come back to you when you’ve made that amazing project.

What advice would you give someone looking to get into a similar role?
Definitely apply to any crash courses like The Kennedys or internships, that are paid, of course. It’s the best place to learn and prove yourself. Start a book of ideas, even if they look messy. Polished work isn’t always the best.

Double Trouble: Seven duos on making it work as a creative partnership